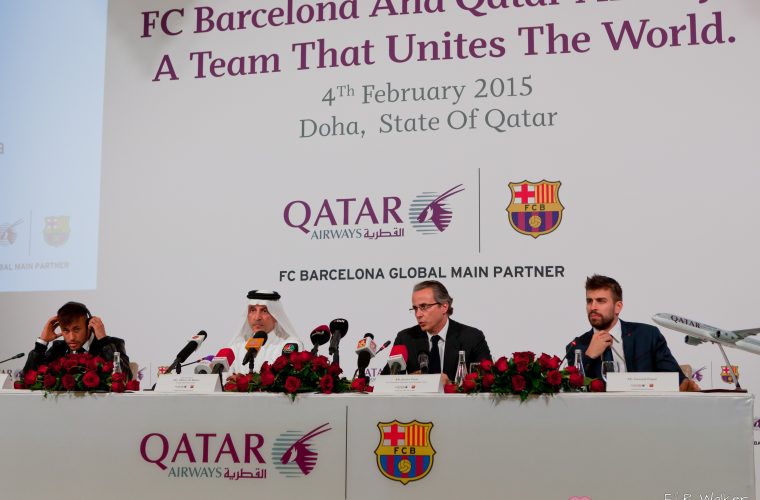 Qatar Airways' first TV commercial, “The Land of FC Barcelona”, became the most watched FC Barcelona videoof all time on You Tube with 5 million views in its first week

After the huge success of the first TV spot, The Land of FC Barcelona, depicting the imaginary world of FC Barcelona where Messi taught football skills and Iniesta was an artist, the five-star airline unveiled their second campaign at a press conference held today at the Four Seasons Hotel in Doha, Qatar. In attendance were leading representatives of both organisations, Qatar Airways Group Chief Executive, His Excellency Mr. Akbar AI Baker, and Vice President Economic and Strategic Area of FC Barcelona, Mr. Javier Faus. Also, joining the head table, were two of FCB's First Team players, Gerard Pique and Neymar da Silva, who flew to Doha for the event. Also, in attendance was Mr. Manel Arroyo, Vice President Media Area of FC Barcelona.

Starring FC Barcelona stars Lionel Messi, Neymar Jr., Gerard Pique, Andres Iniesta and Luis Suarez, Qatar Airways' new commercial has the players visiting a number of destinations within the airline's extensive network including the Maldives, Dallas, Paris and Seoul. The spot which will be aired in English, Arabic and Catalan takes a humourous look at the players participating in a number of different activities at each destination.

Qatar Airways Group Chief Executive, His Excellency Mr. Akbar AI Baker, said: “We are pleased to launch our new campaign, featuring some of the FCB stars and football greats. We hope that our passengers and football fans around the world enjoy this heart-felt journey as the players travel to a few of Qatar Airways' destinations.”

The airline also recently launched the Join The Club, social media contest, celebrating the first anniversary of the partnership, while giving the opportunity to millions of fans to win exciting prizes, including Qatar Airways flights to attend an FCB match in Barcelona.

Operating to Barcelona since 2010, Qatar Airways recently announced plans to increase Doha-Barcelona flights to a double-daily service, bringing the frequency up from 10 to 14 flights per week. The increase in service will meet the demand from both cities and give passengers the opportunity to connect with more than 140 destinations in Qatar Airways global network through its state-of-the-art hub in Doha, the Hamad International Airport.

Additionally, Qatar Airways signed an interline agreement with Vueling last September, which is helping to increase the number of passengers to and from Europe, in addition to improving trans-Europeantraffic, and long-haul connections.

Qatar Airways has seen rapid growth in just 18 years of operation, to the point where today it is flying a modern fleet of 146 aircraft to more than 140 key business and leisure destinations across Europe, the Middle East, Africa, Asia Pacific, North America and South America. 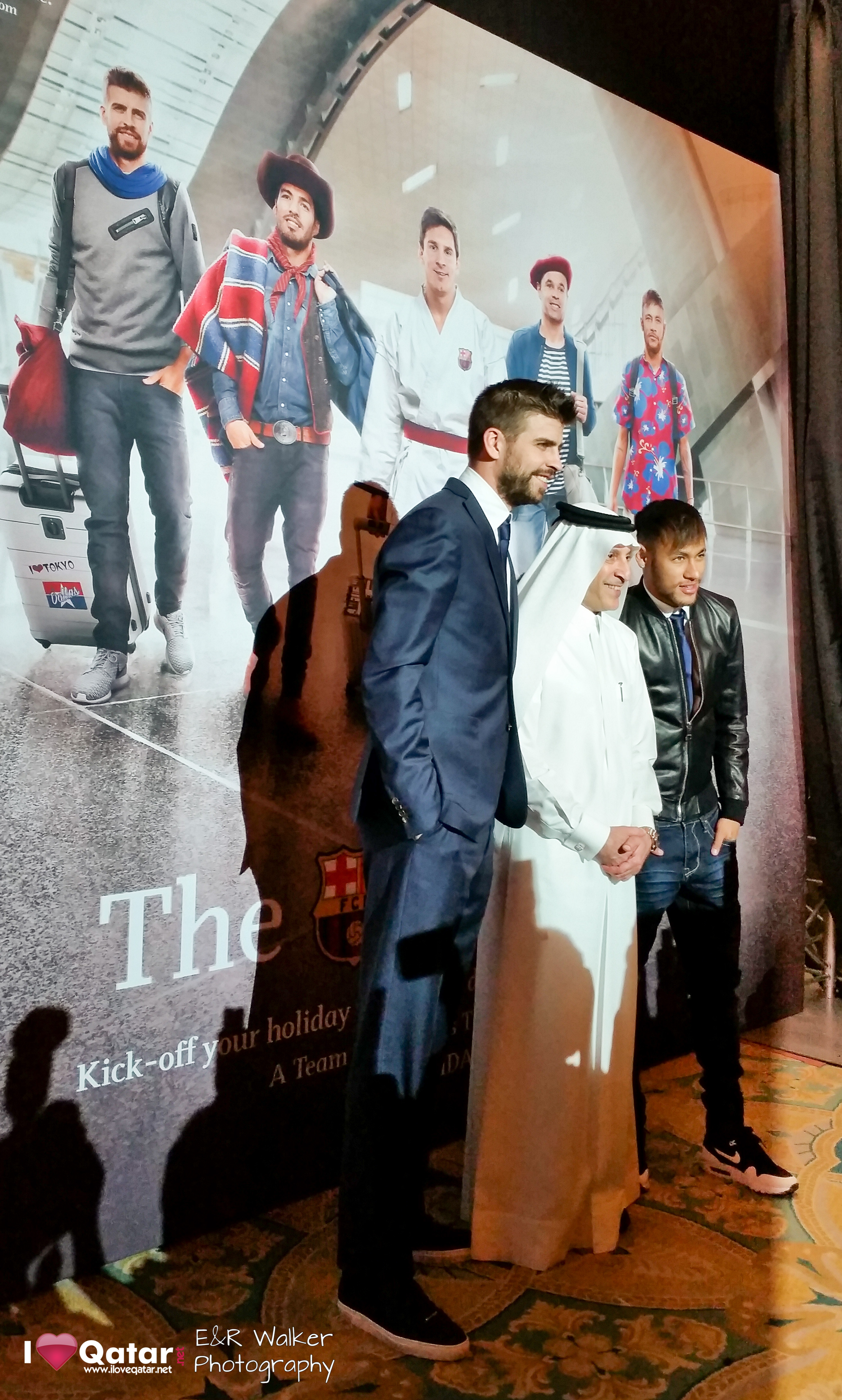 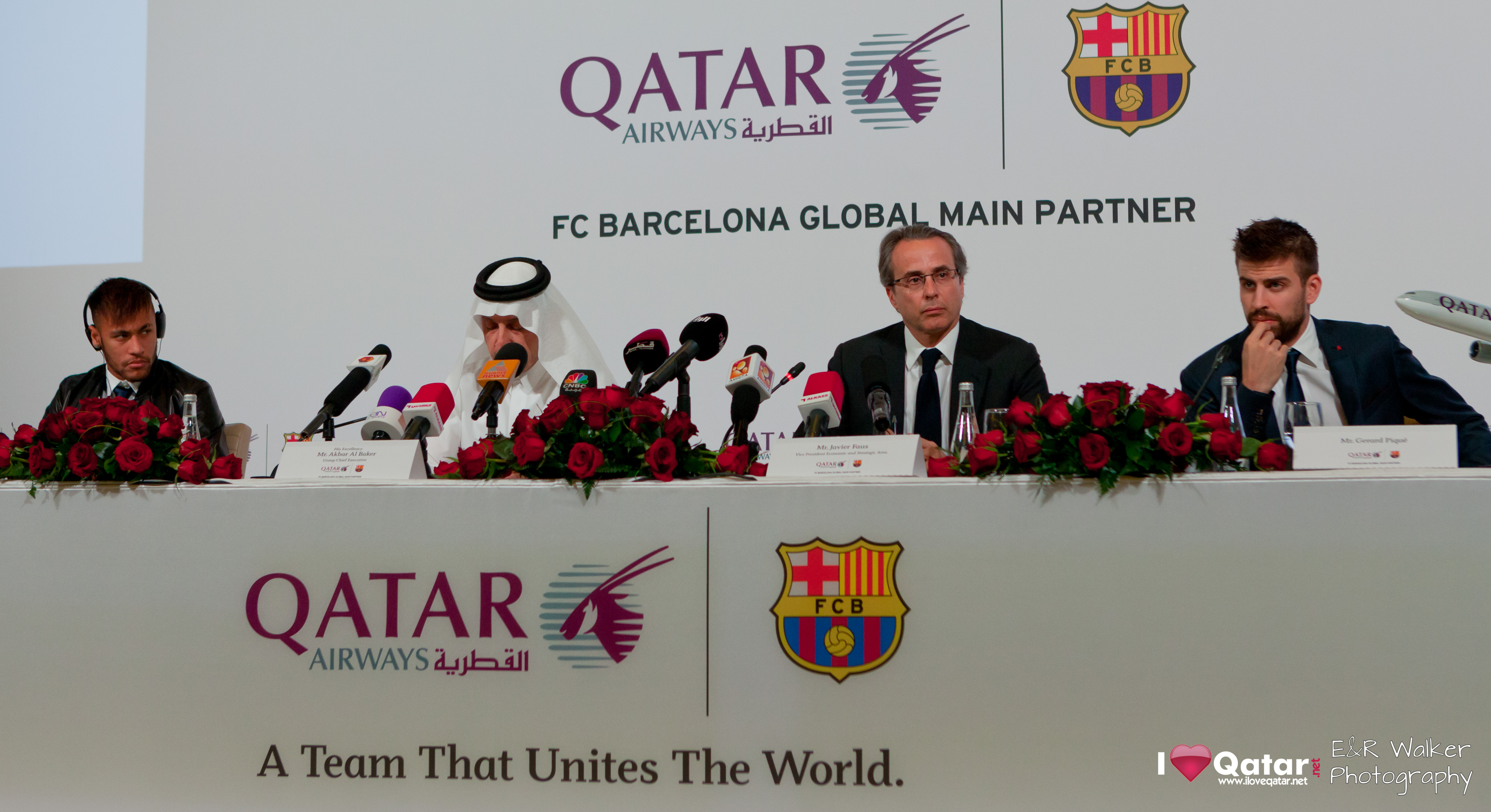