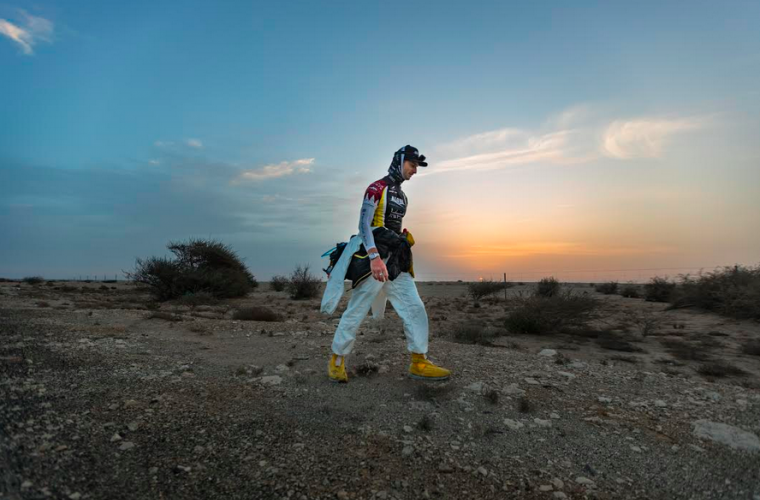 Qatari Resident, Pierre Daniel, is more than halfway through his #RunAroundQatar Challenge and on the last day of a North to South World Record attempt, having battled through 110 km from Al Ruwais to Dukhan.

The solo event, Alone, A Run Around Qatar (#RunAroundQatar) is more than halfway complete, with resident Pierre Daniel having already completed more than 240 km as of the end of stage 3 of his challenge.

It is Day 5 in the morning and Pierre is still moving. Day 3 was the longest day of Pierre’s 7-day journey, marking the start of his World Record-breaking attempt from North to South. Track Pierre's journey live by following https://alone.aspirezone.qa or on social media: #RunAroundQatar.

Every few kilometers, Pierre takes a rest, in order to maintain his stamina. After a bout of hyperthermia last evening, he is recovering from the after effects. The public can Track Pierre's journey live, including vital biometrics, by following https://alone.aspirezone.qa or on social media: #RunAroundQatar.

Start Time: Very early in the morning to achieve a better time for his world record attempt, and allow more recovery time before departing for a difficult next stage.

Route: South along the coast all the way to Salwa Border Crossing, then back up North to Woqod Station.

Supply Points: Salwa Woqod Station on the way to border crossing and then back at it on arrival.

Rest Strategy: Non-Stop. Rest at the end of the stage.

Pierre aims to finish at 10:30am on Saturday, 24 February and hopes Qatari runners (nationals and residents’ young and old) will join him for the final kilometer within Katara.

Pierre is supported by MBM transport, Katara, Aspire Zone, Garmin, Xtork and Pro-TV. He can be followed live on https://alone.aspirezone.qa/ or via his Instragram account @PierreDaniel_Active or via the challenge hashtag #RunAroundQatar or Instagram/Twitter and facebook @RunAroundQatar