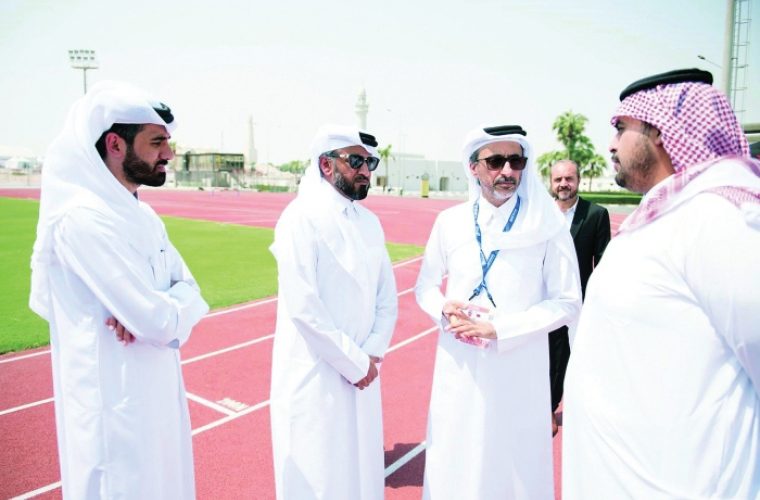 More than 3000 athletes representing 209 countries from around the world are taking part in the championship.

H.E. the Minister of Culture and Sports and H.E. the Minister of Education and Higher Education listened to a presentation by the Organizing Committee on the accomplished work and preparations, including engineering and logistical aspects to keep abreast of the highest standards for hosting the championship at Khalifa International Stadium with its various facilities equipped with the innovative cooling technology to host the world's biggest sporting event which is held in the Middle East for the first time.