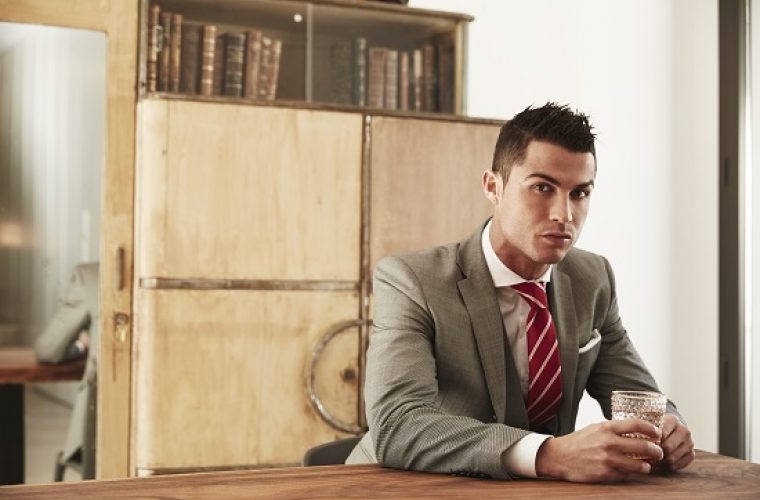 Sacoor Brothers, the well-known international label, based in Portugal has most recently launched its most prestigious collection: Cristiano Ronaldo & Sacoor Brothers. It is by joining together the most striking personality features of the brand with the best player in the World that is born a luxurious and limited edition collection. A sophisticated interpretation of the art of tailored fit. This line pays tribute to the finest European fabrics,sporting exclusive details, as great leaders always do.

This exclusive limited edition collection, will only be available at 9 boutiques around the world, with 5 of them being in the UAE. This is a special collection of items inspired by Cristiano Ronaldo, the official global ambassador of the label, whose cosmopolitan style reflects the footballer’s sophistication and distinctive code.

In a candid interview, the football star spoke about his style, game and more.

JOURNALIST – What do we need for Portugal to shine in the Euro?

CRISTIANO RONALDO – There are several factors that allow you to win a major tournament, such as having a good team, a good coach… But I think luck comes into it too, especially in such a short tournament. In theory, the best players have to be in good shape, because these big tournaments are always at the end of the season and there are players with an accumulation of minutes, games…So, in my opinion, a lot of things are involved.

JOURNALIST – When the World Cup is held in Russia, you’ll be 33. Will that be your deadline for leaving the national team?

CRISTIANO RONALDO – I don’t think so. That will depend on my physical and my psychological condition. I don’t make plans in my sporting career. Everything will depend on my mental and physical condition. I don’t know what tomorrow will bring. I think the most important thing is this moment, now, how I am. I feel good, I feel motivated and in three years’ time, we’ll see what happens.

JOURNALIST – If you could walk down the street without being recognised, what would you do?

CRISTIANO RONALDO – I’d go to a shopping centre, for example. I’d buy a bag of popcorn, a Coke. I’d go with my friends and spend two or three hours there having fun and see a movie. After the cinema, I’d buy some clothes…

JOURNALIST – Do you feel a need to be able to go unnoticed?

CRISTIANO RONALDO – I’m used to it now. I don’t look at it like that anymore. Obviously, at the beginning, it was a bit strange because very often, walking along the street without being recognised is complicated. Even more so now. But in the past, in my first or second year, I could still go unnoticed. But there came a time when that became impossible. But, I’m used to it now.

JOURNALIST – How do you spend your days?

CRISTIANO RONALDO – I like doing my work well, both on the pitch and off it. Whether that means going to the gym, warming up to music, being surrounded by people who make me feel good, in a tranquil environment, a happy environment. I think that’s part of me, not just in football... For example, today, when I’m recording, I’m with the people I get on best with and they’re also the people I work with. The Spanish enjoy having a good time and that’s what I always try to do.

JOURNALIST – You’ve released a film about you. Do you see yourself acting in a Hollywood film.

CRISTIANO RONALDO – Why not? It’s not my goal at the moment, but I’ve had some invitations. Because of my extremely complicated schedule of training and games and the tournaments I’m in, it’s been complicated. But I’m not closing any doors. That’s an area that I actually like. 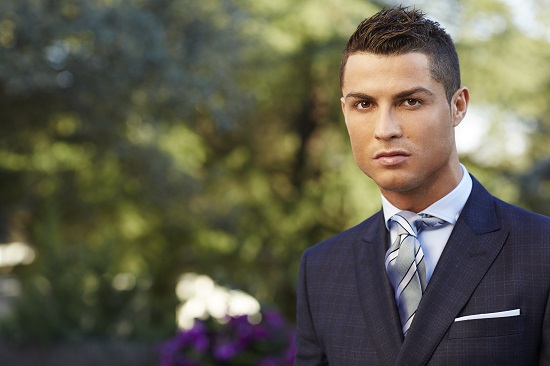 JOURNALIST – When the opportunity arises, will you play a tough guy

CRISTIANO RONALDO – No. I wouldn’t want to be a lead or supporting actor. I’d like to do small parts. I’d like to learn, to be surrounded by good actors. That’s the only way to learn, as it’s an area I’m not familiar with because it has nothing to do with football. But I think I could get there, with practice.

CRISTIANO RONALDO – In my opinion, acting is a different kind of work. It’s very complicated. I think it’s a very interesting, but difficult, profession. That’s why, as I said, I’m sure that sooner or later I’ll be on the cast of some film or other. I have no doubt about that. But I’ll just do small things to begin with, to get used to it, to gain experience. Then we’ll see. The future is bright. I’ve just finished making my film and things went well. But when it’s your own film, it’s natural, it’s not fake. I’m not an actor in that film, but I’m not closing the doors on the future.

JOURNALIST – Are you seduced by American society?

CRISTIANO RONALDO – Of course. It’s a very interesting country. It’s no accident that I’ve been going there on holidays for ten years now and I really like it. And Real Madrid’s pre-season training is usually in Los Angeles, at least it was for three years in a row. And it’s also the place where films are given more importance. So, it’s a world I’ll be spending a lot of time in when my career is over.

JOURNALIST – Having had such a long and successful career, what still motivates you in football?

CRISTIANO RONALDO – It’s the competition. It’s enjoying it and doing what I love most, playing football. And I feel good, I feel young, strong. So I want to keep going. I don’t set time limits for myself as a footballer. My body will tell me, and my mind too. I want to enjoy it and win more, both as a team player and on my own. If everybody had the chance to do what they like doing, I think the world would be a much better place… but that’s not possible.

JOURNALIST – Do you worry about the time when you’ll have to hang up your football boots?

CRISTIANO RONALDO – In a way, that motivates me to keep on working harder and better and continuing in my area, which is football. The longer I am at the highest level, the better the future will be because it brings more things with it, more contracts, everything. That’s why I know that I get a lot out of being at a high level in football. That’s my major motivation, because I know that when football is over for me, I’ll have plenty to do.

JOURNALIST – And always with the intention of helping others…

CRISTIANO RONALDO – I’ve always done that and I will keep on doing it because, when I do, God always pays me back twofold. Obviously, you can’t help everybody but my team and I decided to help with the basics and that make us feel good. It’s something that makes me happy.

CRISTIANO RONALDO – To keep going as I am, to keep on with my work at the highest level. Maintaining this level over so many years is extremely complicated. You can count on your fingers the number of top world footballers who were able to maintain the demanding level at the top for six, seven, eight, nine, ten years and stay at the top for so long. I feel very privileged to be one of those. Leaving football aside, it means doing what I enjoy most and as there is so much, I’ll choose what’s best for me.