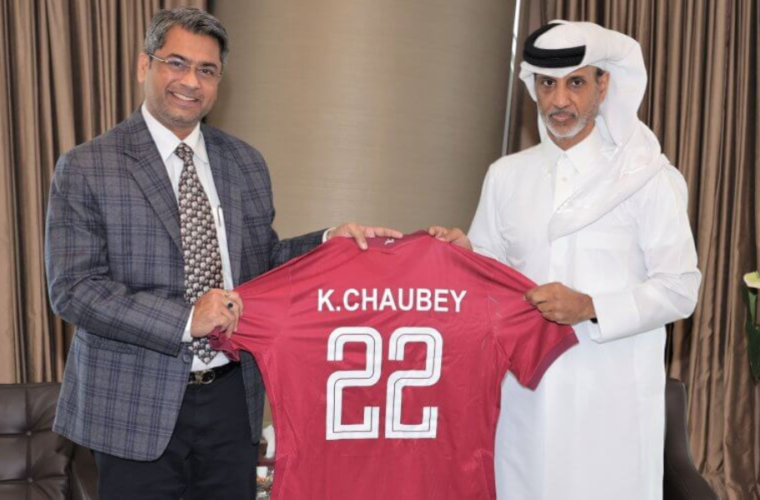 The All India Football Federation is all set to sign a Memorandum of Understanding with the Qatar Football Association, it was decided after a meeting between the top officials of the two football governing bodies on Sunday, 11 September 2022, in Doha, Qatar.

AIFF President Mr. Kalyan Chaubey and Secretary General Dr. Shaji Prabhakaran, on their visit to Doha, met with QFA President Sheikh Hamad Bin Khalifa Bin Ahmed Al-Thani, Senior Board Members and General Secretary Mr. Mansoor Al-Ansari at the QFA office on Sunday, to discuss a strategic alliance for the mutual benefit of football in both India and Qatar.

Mr. Chaubey, after the meeting, stated, “I would like to express my sincere thanks and gratitude to the QFA President for his valuable time discussing collaboration possibilities between India and Qatar. I am sure this would be beneficial to both countries in the long run."

Both the AIFF President and Secretary General had travelled to Doha earlier this week and had on Friday, met with FIFA President Mr. Gianni Infantino to discuss the way forward for Indian Football.