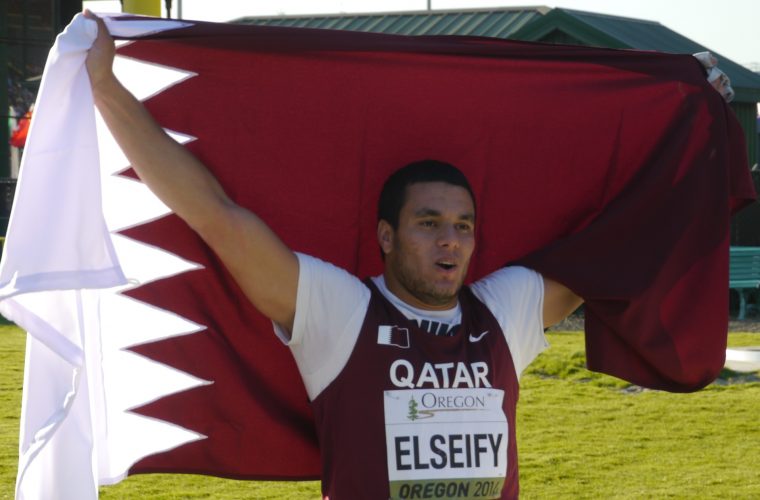 Qatar’s IAAF Junior World Champion Ashraf Ahmad Elseify has returned to Doha victorious after becoming the only athlete at the 2014 World Junior Athletics Championships to successfully defend their title following another decisive victory in the Hammer Throw.

At the 2012 Championships in Barcelona, Ashraf, then just 17, broke the World Junior record and won the title by the largest ever margin by a man or woman in the history of athletics. He was also the first ever youth hammer thrower in history to break the 85 metre mark. His latest victory sends the strongest sign yet of what the future holds for this young star.

Speaking on the back of his win, 19 year old Elseify said:

“I am absolutely delighted to win my second World Junior Athletics Championship title. I knew I was in good form but there were other very strong competitors in the field. I am so pleased that I was able to hold my concentration and deliver a throw that I knew I was capable of. I am now going to return to Doha and continue to train hard so that I can achieve my dream of winning Olympic gold in 2016.” 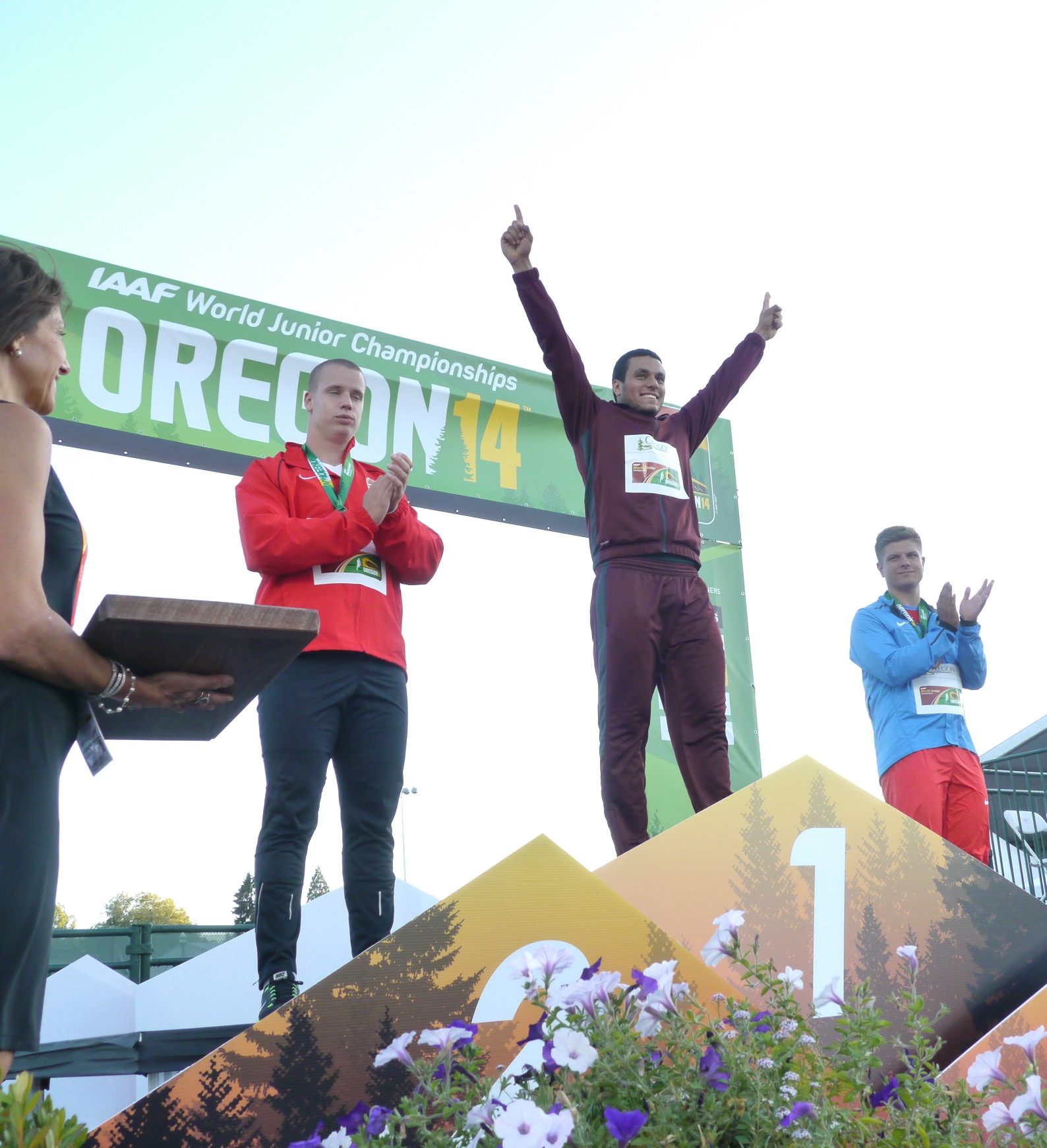 Elseify joins the ranks of Mutaz Barshim, the 2010 World Junior High Jump Champion, who won Olympic bronze for Qatar in 2012. Olympic gold in 2016 would make Elseify Qatari’s first ever Olympic Champion and a guaranteed national hero. His younger brother, Ahmad, was also competing in the hammer throw in Eugene, delivering a personal best performance and ensuring he is following in the proud footsteps of his older brother.

The brothers who won gold and silver at the recent Asian Youth Athletics Championships in Taipei, alongside teammate, Mohammed Nasir Abbas, who won gold in the 400m in Taipei suggests a very bright future for athletics in Qatar.

“I offer my sincere congratulations to Ashraf Elseify on his outstanding victory and to all of our young athletes that competed at the 2014 World Junior Championships. We are extremely proud of Ashraf’s success and are very excited to see what he and his teammates will achieve in the future as they become senior athletes. The development of athletics in Qatar continues to go from strength to strength and we are committed to providing every possible support to our young athletes to ensure that they achieve their potential and that Qatar achieves further success on the world stage”.

The Qatar Olympic Committee is committed to providing support to Qatar’s National Sports Federations in the development of their sports and their athletes.

“Supporting young athletes from a grass roots level through to elite competition as they progress through the sporting pathway is a key mandate of the Qatar Olympic Committee. I am delighted by the success of Ashraf Elseify and his teammates at the World Junior Athletics Championships. They are an inspiration to the youth of Qatar and testament to what can be achieved through dedication, perseverance and an excellent support system”.

Ashraf Elseify is a recent graduate of the ASPIRE Academy in Doha, where his younger teammates are still students. The ASPIRE Academy for Sports Excellence was opened in 2004 with the aim of discovering and developing talented athletes from a young age and providing them with a total balance of sporting and educational opportunities in order to transform them into world-renowned champions. The Academy is part of the ASPIRE Zone, home to some of the world’s finest sports stadia and venues, including sports medicine and research facilities. It rose to prominence through the successful staging of the 2006 Asian Games and has also played host to the 2010 World Indoor Athletics Championships. The annual IAAF Doha Diamond League athletics event takes place at its centre piece, the Khalifa Stadium, which would host the 2019 IAAF World Athletics Championships should Doha be successful in their current bid.

With the 2016 Olympic Games just two years away, winning gold at the 2019 IAAF World Athletics Championships may be a more realistic initial senior goal for the ambitious young Elseify, who is likely to reach his peak at a similar time. The opportunity to compete in the facilities that he has grown up training at is something that fills him with huge excitement.

“Winning gold at the World Championships in Doha in front of a home crowd would be the ultimate ambition. It would be an honour to stand on top of the podium watching the Qatari flag being raised with the whole nation and region cheering for me. The Middle East has never hosted a World Athletics Championships and I believe that it would inspire a whole new region and a new generation to choose athletics as their number one sport. If Doha wins their bid, then I will be even more motivated to train hard and achieve my dreams.”

Doha is currently bidding to host the 2019 edition of the IAAF World Athletics Championship competing against Eugene and Barcelona to host, with the final decision being taken by the IAAF Council at its meeting in Monaco on 20th November 2014.