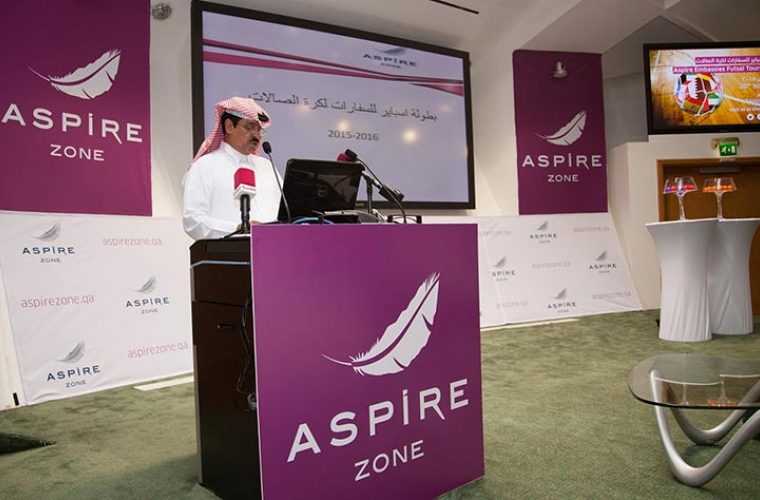 During a technical meeting attended by representatives from Aspire Zone Foundation, the Qatar Football Association and a number of embassies based in Qatar, Aspire Zone Foundation announced the launch of the "Aspire Embassies Futsal Tournament" last Thursday. The tournament will be held at the Aspire Dome from November 2015 until February 2016 with 18 embassies signed up to participate. Those embassies taking part will be split into two groups of nine and will compete in a total of 80 matches between them. The launch of the competition builds on the success of a smaller-scale tournament that was organised for the first time during Ramadan as part of Aspire Zone Foundation’s programme of activities during the Holy Month. It highlights the Foundation’s aim to expand community participation in physical activities, supporting healthier and more active lifestyles amongst members of the public. Commenting on the tournament, Ali Al-Fehaida, Acting Director General of Aspire Logistics, said: "We are delighted to launch this tournament for embassies as part of our ongoing progamme of engagement with various public and private sector organisations operating in Qatar. Such activities play an important role in helping to promote health and fitness, and in strengthening ties between employees in a fun and exciting environment outside of the workplace. This aligns with our goals which focus on making positive contributions to improving the physical health and productivity of employees in Qatar." Humaid Al-Humaid, Deputy Ambassador at the embassy of Saudi Arabia in Qatar, said: "We would like to thank Aspire Zone Foundation for organising this tournament – it is a great initiative. In addition to the sporting benefits and helping people keep fit, the tournament provides an ideal opportunity for employees of embassies in Qatar to meet and network with peers from similar professional backgrounds outside of their office environment." Embassies from the following eighteen countries have signed up to participate in the tournament: Saudi Arabia; the United Arab Emirates; Kuwait; Jordan; Syria; France; Portugal; Sri Lanka; Somalia; Russia; Spain, Mexico; the United States of America; Algeria; Tunisia; India; Ethiopia and Kenya. The tournament also follows the successful launch of the Aspire Banks League last month, which will continue until next February next year.