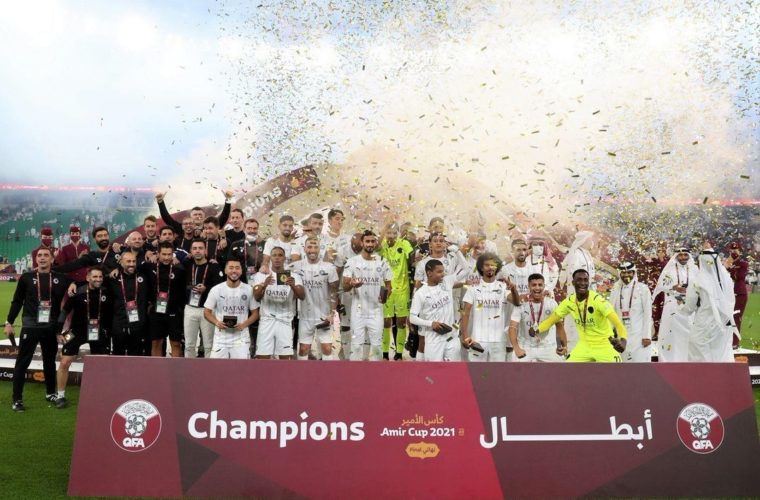 Al Sadd won the 49th H.H. the Amir Cup following a 5-4 penalty shootout victory over Al Rayyan after the end of the original time with a 1-1 draw at Al Thumama Stadium, which was inaugurated today to become the 2022 World Cup's sixth venue.

In the 44th minute, Al Sadd keeper Sadd Al Sheeb clipped Al Rayyan striker Yohan Boli in the box, and after an extensive VAR check the penalty was given. Rayyan captain Yacine Brahimi stepped up and put the spot-kick into the top corner to give his team a 1-0 lead before the break.

In the second half, Al Sadd dominated the game and miss several chances before being awarded a penalty in the 58th minute after Al Rayyan defender Dame Traore clipped Boualem Khoukhi in the box. Santi Cazorla stepped up and leveled the game for the Wolves.

The 90 minutes ended in a 1-1 draw and the game was decided via penalty shootout.