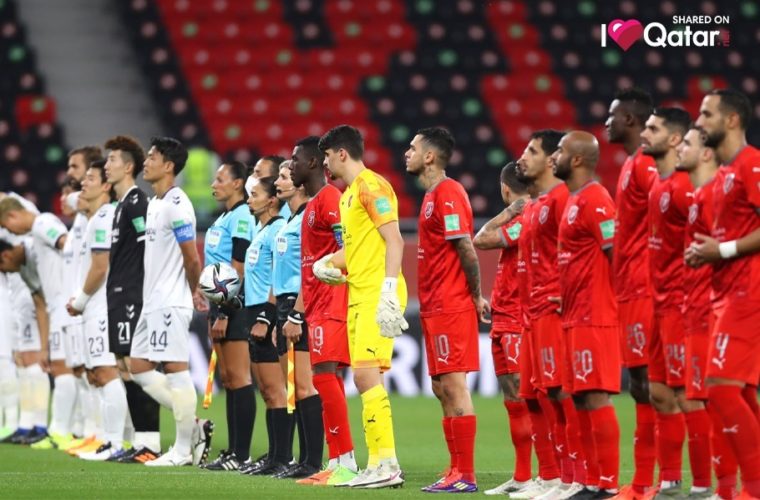 Ulsan Hyundai and Al Duhail SC battled it out for the 5th place tonight at the Ahmad bin Ali Stadium with Al Duhail emerging victorious with a 3-1 win against Ulsan Hyundai. The match kicked off at 6 pm (Qatar Standard Time)

Edmilson Jr. scored for Al Duhail in the 21st minute of the 1st half. At half time the score was 1-0 in favour of Al Duhail.

In the 62nd minutes of the battle for5th place, Ulsan scored their first goal. Yoon Bit-Garam evened the scored with Duhail 1-1.

However, in the 66th minute, Al Duhail's Mohammed Muntari scored a goal bringing the score to 2-1 in favour of Duhail.

AlMoez Ali gave Al Duhail it's third goal in the 82nd minute, widening the gap between the scores of both teams and giving Qatar's team a lead of 3-1 against Ulsan.

The match was refereed by Brazilian Edina Alves Batista, supported by assistants Neuza Back and Mariana De Almeida, who has become the first woman to referee a senior men's FIFA tournament match, according to the FIFA Twitter Page.

Further reading: Your guide to the FIFA CLUB WORLD CUP 2020™