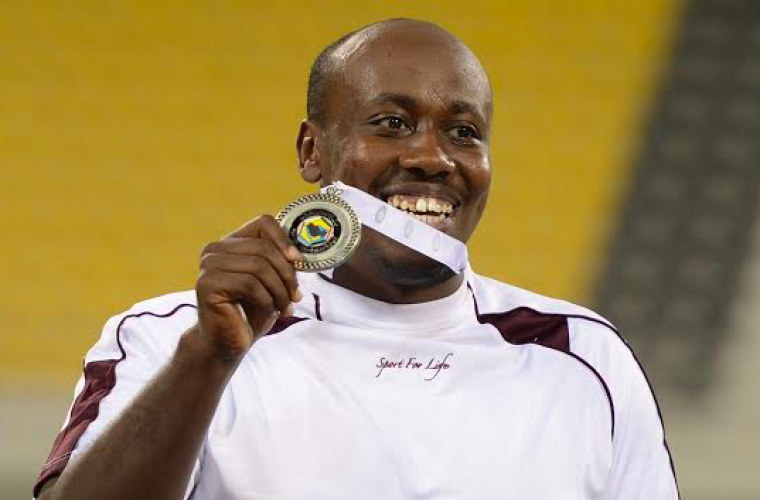 Qatar’s para-athletics hero, Abdelrahman Abdelqader will be hoping to make his country proud when he attempts to make history on 26th October at the Doha 2015 IPC Athletics World Championships. Abdelqader will be competing in the Men’s shot put F34, the event he broke the world-record in just last month.

Abdelqader will go up against Colombian Mauricio Valencia and Jason Roberts from Canada, both of whom have been performing in top form this season. Speaking ahead of his competition Abdelrahman said:

“Competing in front of a home crowd will be a beautiful feeling and will make me give everything I have to win. One of the best things about competing in Doha is that my family and friends will be there to cheer me on as I compete.”

The 27-year-old Qatari athlete, Abdelrahman Abdelqader, began his incredible journey to become a world-class para-athlete almost by accident whilst receiving physiotherapy for his Cerebral Palsy, which is a challenge he has to overcome every day of his life. It wasn’t until his physical therapist Dr. Mohamed Al-Azouli informed him about para-sport that he began taking part in athletics.

After years of practice and dedication, Abdelqader’s hard work culminated in a gold medal in shot put F34 in the 2014 Asian Para-Games in Incheon, South Korea – his first international medal ever. Since then he has had a massively successful season, besting the competition in the 2015 IPC Athletics Grand Prix.

During the GCC Para-Athletics Championships in September 2015, which served as a test event for the ongoing IPC Athletics World Championships, the rising Qatari star broke the world record with an incredible throw of 10.68 meters.

Being held for the first time in the Middle-East in the history of the competition, the IPC Athletics World Championships will provide an eye-opening spectacle for the Gulf region and the Qatari nation, and will leave a lasting legacy for generations to come. With a staggering 1,300 of the world’s greatest para-athletes from over 100 countries currently competing in the Qatari Capital, spectators will bear witness to an awe-inspiring display of sporting triumph over adversity that will drive people across the globe to begin their own world-beating journeys.

Also competing tomorrow are Cuba’s star runner Yunidis Castillo who will take part in the Women’s 400m T46 final at 16:08. Meanwhile Great Britain’s David Weir and the incredible Rawat Tana from Thailand will face off in the qualifying heat for the Men’s 5000m T54 event. World records continue to fall every single day of the Doha 2015 IPC Athletics World Championships so be sure to support Team Qatar and witness the incredible action at Qatar Sports Club.

The competition will begin on the 26th from 4pm. You can get your tickets online at https://doha2015.q-tickets.com, in Villaggio, Landmark and City Centre malls, as well as in ticket booths at the ground. Children below the age of four and pensioners aged 60+ go for free. All proceeds will be donated to charity. Qatar Airways and Ooredoo are also providing the opportunity for crowds to win prizes including flights, iPhones, iPads and Galaxy S6’s.