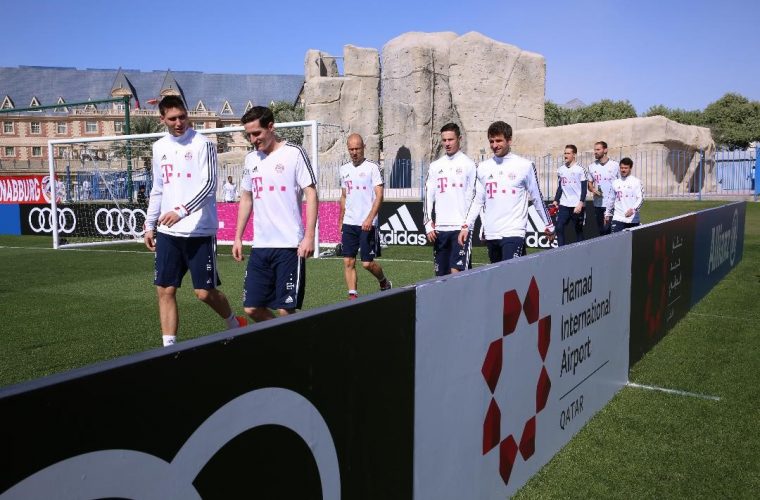 Check out some snaps below as the FC Bayern München team arrives in Doha to hit the pitch right here in Qatar for their winter training season!

Hamad International Airport participated in organizing the meet-and-greet for local fans of FC Bayern at Aspire Academy, where the team is currently participating in their annual winter training camp. The fans got the unique opportunity to meet and interact with their football idols.

The winners of HIA’s FC Bayern social media contest are photographed here with the official team mascot, Berni, and FC Bayern ‘super-fan’ Michael 'Buschmann' Zeman. The winners also got the opportunity to see the players in action during the friendly match between FC Bayern and the local Al Ahli football club.

Hamad International Airport has been the official platinum sponsor of the legendary German football club FC Bayern München since January 2016. Earlier this year, this partnership was enhanced with the HIA logo being featured on the players’ jersey sleeves.

Have you caught a glimpse of any of the FB Bayern München players on the pitch at Aspire? If so, drop us a line in the comments below and don’t forget to like and share this article!