10 Richest Latino Athletes You Should Know About 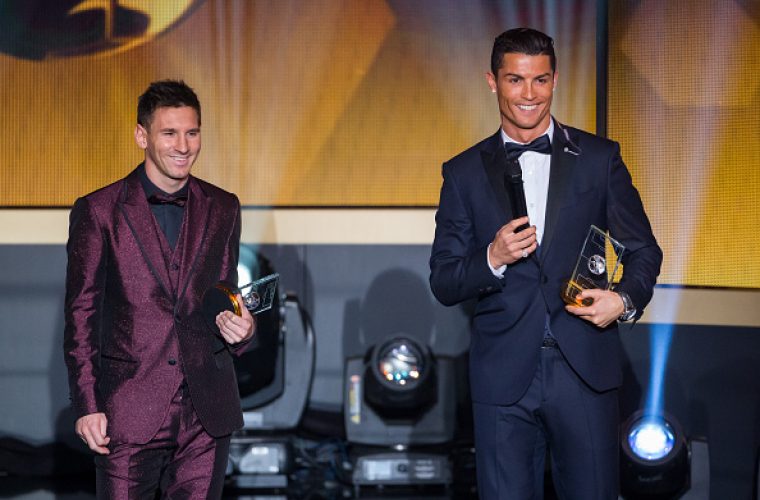 In the list of the world's 100 highest-paid athletes, there are several Latino personalities who were included from 10 different sports. According to Forbes, the criteria for naming the richest athletes are based on earnings figures including salaries, bonuses, prize money and appearance fees. Endorsement incomes, sponsorship deals and licensing fees are also considered.

Based on the list, American retired professional boxer Floyd Mayweather Jr., who is undefeated and a five-division world champion, is the world's highest-paid athlete with record earnings of $300 million. As for Latino athletes, here are the top 10 richest sports stars in Latin America.

Ronaldo is a Portuguese professional soccer player who has an annual salary of $45 million. He was also the first Portuguese player to ever sign with Manchester United. In 2009, Ronaldo left the team to play for Real Madrid. And aside from playing with MU and Real Madrid, he also plays for the Portuguese National squad in the World Cup and other national tournaments.

Messi is an Argentinian-born professional soccer player whose annual salary is $44.68 million. He is the world-renowned striker and winger of the FC Barcelona and the Argentina National Team. He is also a Goodwill Ambassador for UNICEF.

Alonso is a Spanish race car driver who has an annual salary of $40 million. He has competed in Grand Prix all over the world and represented Minardi, Renault, McLaren and Ferrari. He is also a karting world champion and a UNICEF Goodwill Ambassador. He had also won the Sports Prince od Asturias Awards in 2005.

Nadal is a Spanish professional tennis player who has won more ATP Masters 1000 titles than any tennis player in history. He is also considered as one of the greatest tennis players of all time.

Neymar da Silva Santos Jr. is a Brazilian football player who has an annual salary of $12 million. In 2013, he signed a $119 million contract with FC Barcelona.

Rodriguez is a Colombian professional footballer whose annual salary is $7 million. His primary position is mittlefield. He is playing for Real Madrid and is often compared to Ronaldo. In the 2014 FIFA World Cup, he represented the Colombian national team.

Cano is a Dominican professional baseball player who has an annual salary of $24 million. This four-time All Star athlete was also a member of the Yankees World Series championship team.

Falcao is a Colombian professional footballer who has an annual salary of $23 million. He plays for the English club Chelsea and represents the Colombia national football team. During the 2014 FIFA World Cup qualification rounds, Falcao was Colombia's top goal scorer with nine goals.

Pujols is a Dominican-born professional baseball player whose annual salary is $24 million. He is a nine-time All-Star selection and has been named the National League MVP three times. In 2011, he signed a contract with the Los Angeles Angels of Anaheim.

Cabrera is a Venezuelan professional baseball player who has an annual salary of $22 million. hehas become a seven-time All-Star and has been voted the 2012 American League MVP. In 2008, he signed a $152.3 million contract with the Detroit Tigers.