Your all-in-one guide to the different colors of the Karwa taxis! 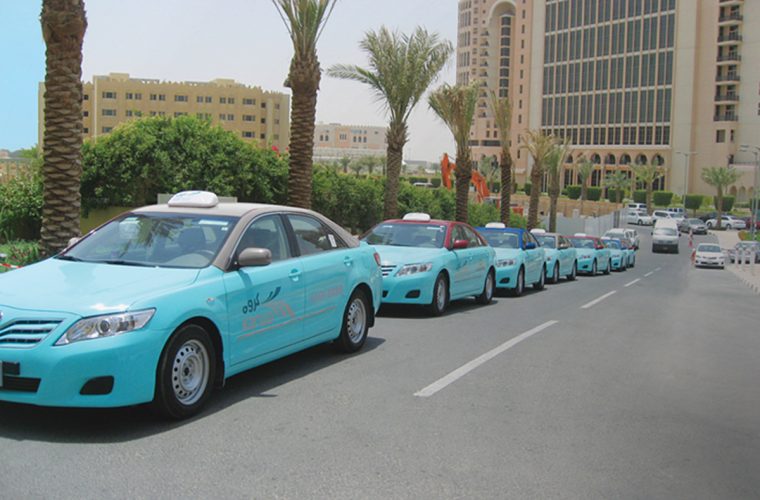 There's a number of reasons why using the public transportation in Qatar is considered the least that you can do to contribute to the betterness of the community. First: every single basic need is on the rise. Even petrol -- the country's cornerstone of economy. Second: would you like to add up to the already terrible traffic scenario on the major roads of Qatar by owning a car all for yourself? Third and most important: the less vehicles we have on the road, the quicker we can win the fight against air pollution.

On the other hand, having your own car to drive around Doha also has its advantages. Besides a hassle-free day-to-day journey from office to home and to the mall or park during the weekends, you don't need to worry about paying the taxi fare -- which recently increased -- every single time.

So, if you belong to the majority of the population who settles for public transportation in order to get from Point A to B, we're sure you know what the turquoise green-colored sedan cars patrolling around Qatar are called.

'Karwa' taxis are government-owned vehicles considered the most convenient and safe form of public transportation in all of Qatar. Mowasalat -- Qatar's major transport services provider and the company behind Karwa -- says that their vehicles are comfortable luxury sedans, servicing people in Qatar since 2004.

Today, the Mowasalat fleet includes taxis, limousines, and public and private buses for events and contracts.

But for someone who travels from home to office five times a week, the most common among Mowasalat's line-up of beasts is of course their Karwa taxis. And if you think that they're completely the same just because the taxis are sprinkled in the same hue of blue, then you might want to check their roof the next time you ride or book one.

Below is a round-up of the five colors of the Karwa taxis. They might not have lots of differences from one another besides the roof color, but we made it to a point to provide you with all the exclusive facts and statistics (as provided by Mowasalat itself):

Not only are the silver-roofed Mowasalat taxis the pioneer transport providers among the other four having served Qatar for a whopping 14 years in operation, it is also the most versatile as it offers street pick-up, contact center booking, airport service, as well as lifts for the handicapped. They are also the only state-owned taxis on the list with vehicle types such as Toyota Camry, Toyota Previa, and Volkswagen-Jetta.

Note: The next four are franchise taxi operators which Mowasalat accumulated. They operate with the same regulated branding and quality service standard as Mowasalat-Karwa Taxis. But unlike the silver-roofed ones, they're not as versatile as the only transport services that they offer are street pick-up and booking through the contact center – 800 TAXI (8294).

With a total of 6 years in operation, the maroon-roofed Al Million Taxis is one of Mowasalat's very first taxi franchise -- and the most stylish as well. The company's 500 taxis scattered around Qatar are either a Toyota Camry or a Toyota Fortuner.

Boasting a total of approximately 1,000 vehicles picking up passengers around Qatar for 6 years already, the blue-roofed Al-Ijarah Taxis is one of the most dominant -- and sometimes, the easiest to spot -- among its fellows. They have a variety of vehicle types ranging from Nissan Altima, Hyundai Sonata, to Toyota Camry.

Just like blue, yellows are also a thing in several areas around Qatar with Profit Trading and Contracting Taxis -- which has been under Mowasalat for 4 years now. Toyota Camry, Toyota Innova are some of the vehicle types that the operator carries.

It's not black, it's not gray... it's charcoal! Dubbed as Mowasalat's latest franchise, the charcoal-roofed Capital Taxi is barely 4 years in operation. Don't mistake it for a gray roof though, this version of the Karwa Taxis is the most well-mantained considering its relatively raw age. They're usually composed of Skoda and Superb vehicle types.

Mowasalat also mentioned that when it comes to their drivers' statistics, South Asians and Africans make up most of the population. And from 4,200 taxis in 2016, they're eyeing to reach a record number of 7,000 by year 2020.

To book a taxi, call 800-TAXI (8294). For lost & found, complaints & feedback please call 800-TAXI or drop an email to [email protected] You can also download the Karwa app here for IOS and Android.

Now that you know the different colors of the taxis, will it be more fun for you the next time you book a Karwa Taxi to your destination? Moreover, are you seeing Mowasalat franchising a new taxi operator in the future? If yes, what color would you like to see next? Drop us a line in the comments below and don't forget to like and share this article!