Why the Qatar vs. South Korea World Cup Qualifier is a game-changer for Qatar 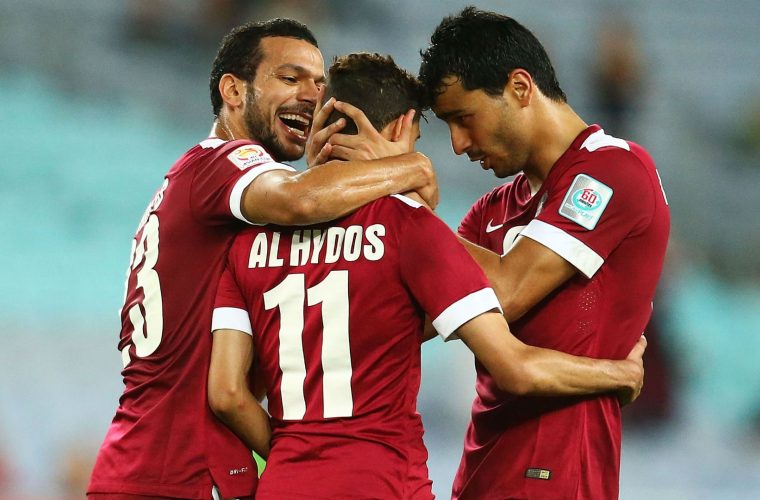 Life in general teaches us to ‘expect the unexpected’ and if you know your football, as I so immodestly claim to, then you can double that maxim and re-apply it to the round-ball game after a simply astonishing evening at the Jassim Bin Hamad Stadium last night.

After a double-header of defeats against Iran and Uzbekistan in late March which extinguished – to a probability of 99.99% – Qatar’s chances of making the World Cup Finals in Russia next year, a victory over South Korea yesterday suddenly re-ignited Qatar’s possible passage to the 2018 World Cup.

The manager celebrates a stunning victory… by quitting

The possibility of the same may now still stand at a mere 97% against, but in beating the Koreans – one of the most accomplished sides in Asian football – in front of a surprisingly healthy (given the circumstances) crowd of 5,373, and the circumstances in which victory was achieved, the manager (Jorge Fossati) provided the antithesis of a ‘victory lap’ – by suddenly quitting his post.

The record will show that a brace of goals from Hassan Al Haidos on 25’ and 75’ (sandwiching a strike from Gijon-based Akram Afif on 51’) did the damage, with Al Haidos’ second goal proving to be the winner after the Koreans had pulled 2-0 back to 2-2, ended with an unlikely 3-2 victory for the hosts.

But that’s really only half the story. It’s not unfair to describe last night’s win as ‘unlikely’. Up to that point, Qatar had played seven WC2018 qualifying games (WCQs), won just one of them, and scored three goals in the process. In the space of 90 minutes, they doubled both their win tally and goals scored tally.

Change of tactics, change of players, and change of result…

Qatar’s results in the 2018 WCQs to date had not been good, and some of the performances, inexplicable. When all seems but lost, it comes together against the team second top in the six-team qualification group (Qatar had been bottom, and never beaten South Korea in four previous outings) and the manager’s reaction is to chuck it in. More of that in a minute.

It had been opined both here and elsewhere that Fossati could use the three remaining qualification games to experiment with different formations and different players and see if results improved. Well, Fossati changed four of his starting 10 outfield players, changed the ‘4-2-3-1’ formation he played away (no, me either) in Uzbekistan for a more prosaic ‘4-5-1’ with Afif playing upfront, and Al Haidos breaking out of the midfield to join him. Outcome? Three goals from the attacking players, and the three points the victory brought with it. Do you mind if I take a little credit by osmosis?

And then, farewell Fossati (we think)…

Not for Fossati, though, the usual platitudes of ‘it’s back on’; ‘one game at a time’; ‘I’m proud of every one of my players’, etc. His reaction was to resign his post a few hours later in what was probably the shock of the night.

I initially assumed he’d been sacked because of the overall lack of progress in terms of results under his tenure; that he’d been sacked because of the win, not in spite of it, but it transpires not only did Fossati quit, taking the Qatar Football Association (and everyone else) by surprise, with its President, Hamad Bin Khalifa Bin Ahmed Al-Thani, saying he wanted to discuss the matter with Fossati before accepting the resignation.

So here we are again…

If Fossati doesn’t return, then where do we go from here? When you think about the last couple of months, it really is an odd decision to quit at this juncture. The resignation, coming on the back of such a fantastic result, is far more of a shock than the result itself.

Over the piece, however, there is an odd paradox at play. The recent Emir Cup Final between Al Sadd and Al Rayyan played at the renovated Khalifa International Stadium, featured players who, combined, make up nearly half The Maroons’ entire senior squad.

Now, during that game, there was a decent number of really good passages of play, both slick attacking and intelligent defending. I got to thinking: ‘some of this is very good stuff. If they can do it at club level, why not take it onto the park at international level?’ It was quite the conundrum. Then last night we discover that they (plus Afif!) actually can. Then the boss quits after the game.

Qatar National Team, where have you been hiding?

There’s more life in this story, without a doubt…

Were you in the stands for last night’s World Cup Qualifier match against South Korea? If so, tell us about your experience in the comments below and don’t forget to give us a like and a share!