Weather warnings: Thunderstorms to continue today and tomorrow in Qatar 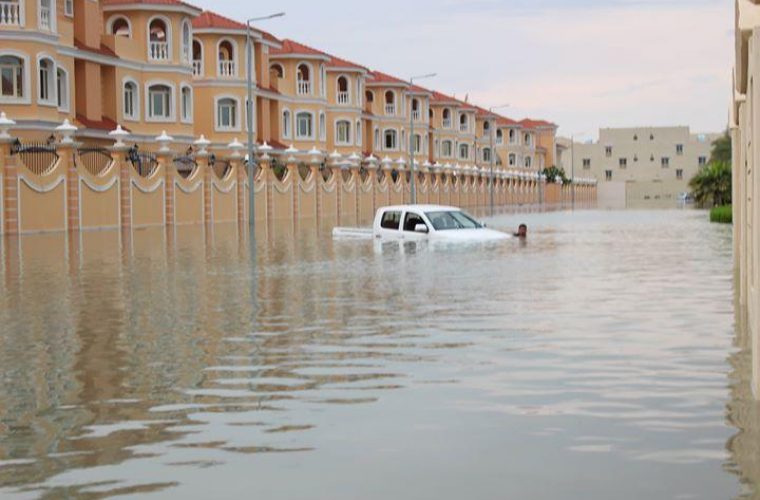 Thunderstorms are expected to continue affecting the country today and tomorrow, the Qatar Met department has said.
Doha and other parts of Qatar witnessed heavy rain, accompanied by thunder, lightning and strong winds yesterday, leaving a number of roads waterlogged.
In a report yesterday, the Met department said the unstable weather conditions resulting from the extension of a low-pressure system are likely to continue today and tomorrow. There is a chance of thundershowers of varied intensity along with strong winds at times.
In view of the expected conditions, the Met department has advised people to be cautious, avoid marine activities and follow latest updates through its official social media accounts.
In a statement yesterday, the Civil Aviation Authority (CAA) said Doha and most areas in the country witnessed unprecedented rain of varied intensity yesterday - concentrating mainly on all parts of Doha.
The rain was thundery at times, accompanied by strong winds that reached a top speed of 42 knots. This, in turn, caused rising dust and poor visibility of under 1km in some areas.
Meanwhile, nine flights destined for Doha were diverted to Oman and Kuwait to ensure passenger safety, according to the authority. “Air traffic went back to normal shortly thereafter,” the CAA said. National carrier Qatar Airways said on Twitter that “due to weather conditions over Doha, flights are subject to delays for departure and arrivals”, advising flyers to check the flight status on its website.
Various ministries and government agencies, including the Ministry of Interior, Met department and Ashghal, issued safety tips.
Rain emergency teams in all municipalities intensified their efforts and worked round the clock to cope with the impact of the thunderstorm, the Ministry of Municipality and Environment (MME) said.
Safar Mubarak al-Shafi, head of the Rainfall Emergency Committee at the MME, said specialised teams worked to limit the impact of yesterday’s heavy, unprecedented rain. He stressed that work was continuing round the clock across the country to remove water that had accumulated at a number of places.
He said work was focusing on tunnels and main roads in order to reopen them as fast as possible. In addition, water that had accumulated in houses was also being drained out simultaneously.
The ministry published emergency hotlines on its social media pages to facilitate the process of making requests to remove water.
Images and videos of the downpour and flooding on major roads were circulated online throughout the day. Traffic congestion was reported from a number of places and the waterlogging forced the temporary closure of several road stretches.
For instance, the Public Works Authority (Ashghal) said heavy rainfall caused partial closures in tunnels at Al Messila, Al Sadd, Al Rayyan/22 February Street, Immigration Intersection, Al Rayyan Road tunnels and Omar Bin Al Khattab tunnel. “Please avoid using these tunnels until they’re cleared and open for traffic,” Ashghal tweeted. “Please be careful while driving and avoid areas with water accumulation,” it advised.
Advisories were also issued by the Ministry of Interior (MoI) and Met department on the safety precautions to be followed during thunderstorms, especially while driving. “Medium to heavy thundery rain reported in Doha city and other parts of the country. Visibility is low in Shamal area due to wind accompanied by thunderstorms. Motorists are urged to take necessary precautions,” the MoI tweeted. “As it continues to rain in different parts of the city and other areas, please slow down your car and leave more space between vehicles.”
In Doha, the rain started a little after 11am and soon became a heavy downpour accompanied by strong winds and thunder. The conditions led to a drop in daytime temperature at a number of places.
Meanwhile, visits to different localities in and around Doha revealed the extent of the rain and waterlogging. Falling of trees was also reported from the Mamoura area. However, no major damage was caused, sources said. Some people said they had to spend hours on the road, waiting to reach their destination as heavy waterlogging causes traffic congestion.
On a positive note, many people took the opportunity to enjoy the rain and said it provided a relief from the heat and humidity. Children could be seen playing in the streets, while others took out boats to commute on waterlogged roads.