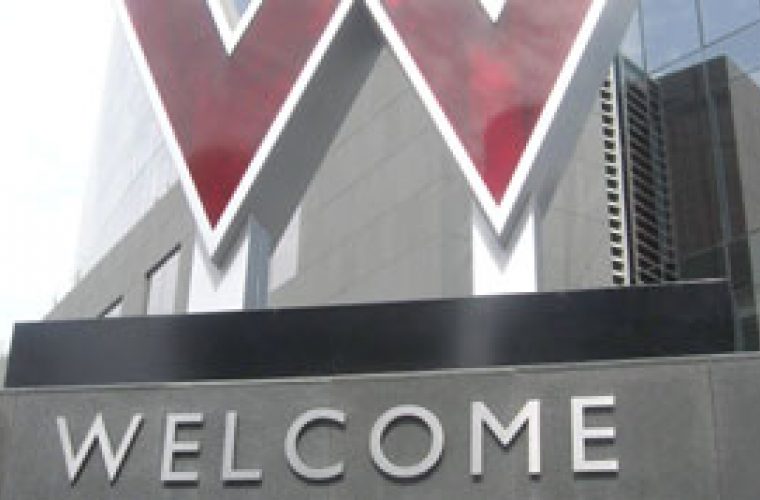 The newly opened W Hotel in the West Bay of Doha has received “really positive” responses from visitors in its first week of business, according to the hotel’s general manager Safak Guvenc, who declared that “W loves Doha!” Guvenc told Gulf Times that although there have been obvious changes in the global market due to the current international financial crisis, the hotel has been very busy since its opening, and is working towards achieving a 45% occupancy rate. He explained that most hotels in Doha are currently running at a 40% rate, and expressed his belief that the rate of occupancy at the W will continue to rise over the coming weeks. “This is the first W hotel in the Middle East, and it will act as a flagship,” he said, adding that “so far the response to the hotel has been really positive, and people have been ‘wowed’ as soon as they enter the property.” The hotel opened on March 1, and amongst its first guests was arguably the most famous footballer - David Beckham. “Becks” and his AC Milan teammates stayed at the W during their visit to play against Al Sadd for Jafad Rashed last week. Guvenc recognised that in terms of international celebrities “it does not get much better than Beckham”, but claimed that he was equally excited about having the other AC Milan players at the hotel, and said that he has already received a number of “thank you” notes from them following their stay. He said that the majority of guests to the hotel are corporate visitors, and said that the W offers “corporate-friendly” rooms. Looking to the future, Guvenc said: “Doha is an exciting place to be” and explained that the hotel will be hosting “happening” events on a semi-monthly basis, to “offer a taste of the W”. The hotel’s Crystal Lounge will be fully opened this weekend, and almost all other services at the W are up and running already, including the two Jean-Georges restaurants, The Market and The Spice Market. Despite the current financial climate, and the fact that many businesses are having to make cutbacks, Guvenc is extremely confident about the future of W in Doha: “We would be ignorant to say we didn’t realise the effect of the financial crisis, but at the W we are offering more services to make our hotel better value for money, rather than making cuts.” http://gulf-times.com/site/topics/article.asp?cu_no=2&item_no=277771&version=1&template_id=36&parent_id=16

NEWS / TECHNOLOGY
How is Fusion Technology accelerating innovation in Qatar