The British Council is offering Ms Thielaa Alodie Prihutama a once-in-a-lifetime experience to visit and explore the University of St Andrews in Scotland.

She won the trip in a prize draw held at the British Council’s annual Education UK Exhibition in Doha on 11-12 March 2014. The exhibition highlighted the growing educational ties between Qatar and the UK, showcasing 21 of the leading British higher education institutions. Visiting students had the chance to enter a draw to win one of two trips to visit either the University of Central Lancashire or the University of St Andrews, both in the UK. 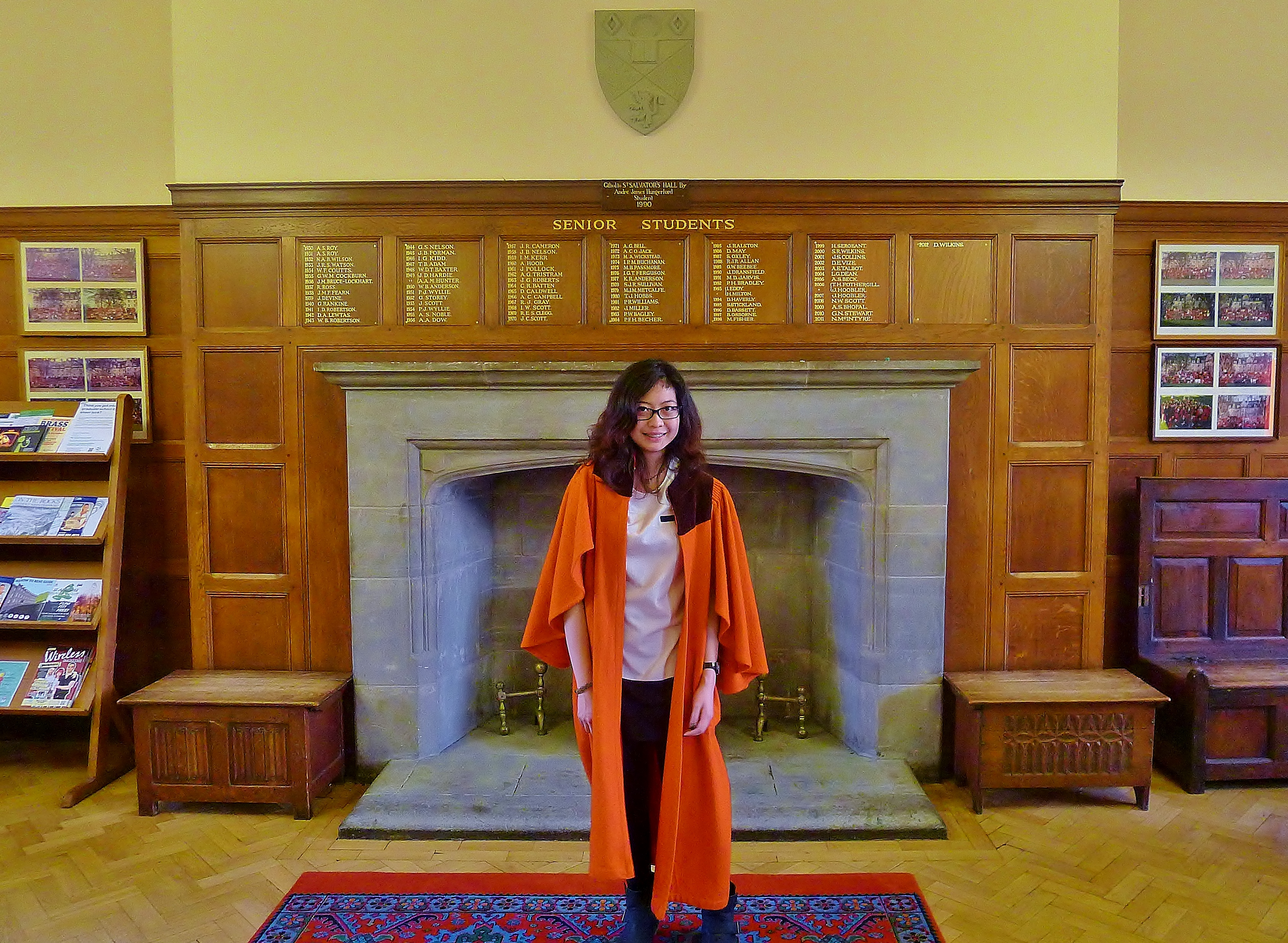 In April the British Council flew Alodie, a 6th former at Doha British School, to the historic University of St Andrews located in a beautiful part of Scotland and ranked no. 3 in the UK in the Guardian University Guide. Alodie spent six days at the six hundred year-old university, getting a taste for university life. She attended lectures, met students from different courses and stayed in St Salvator's Hall, as well as exploring the beautiful surroundings, including windswept beaches and Scotland’s capital city of Edinburgh. 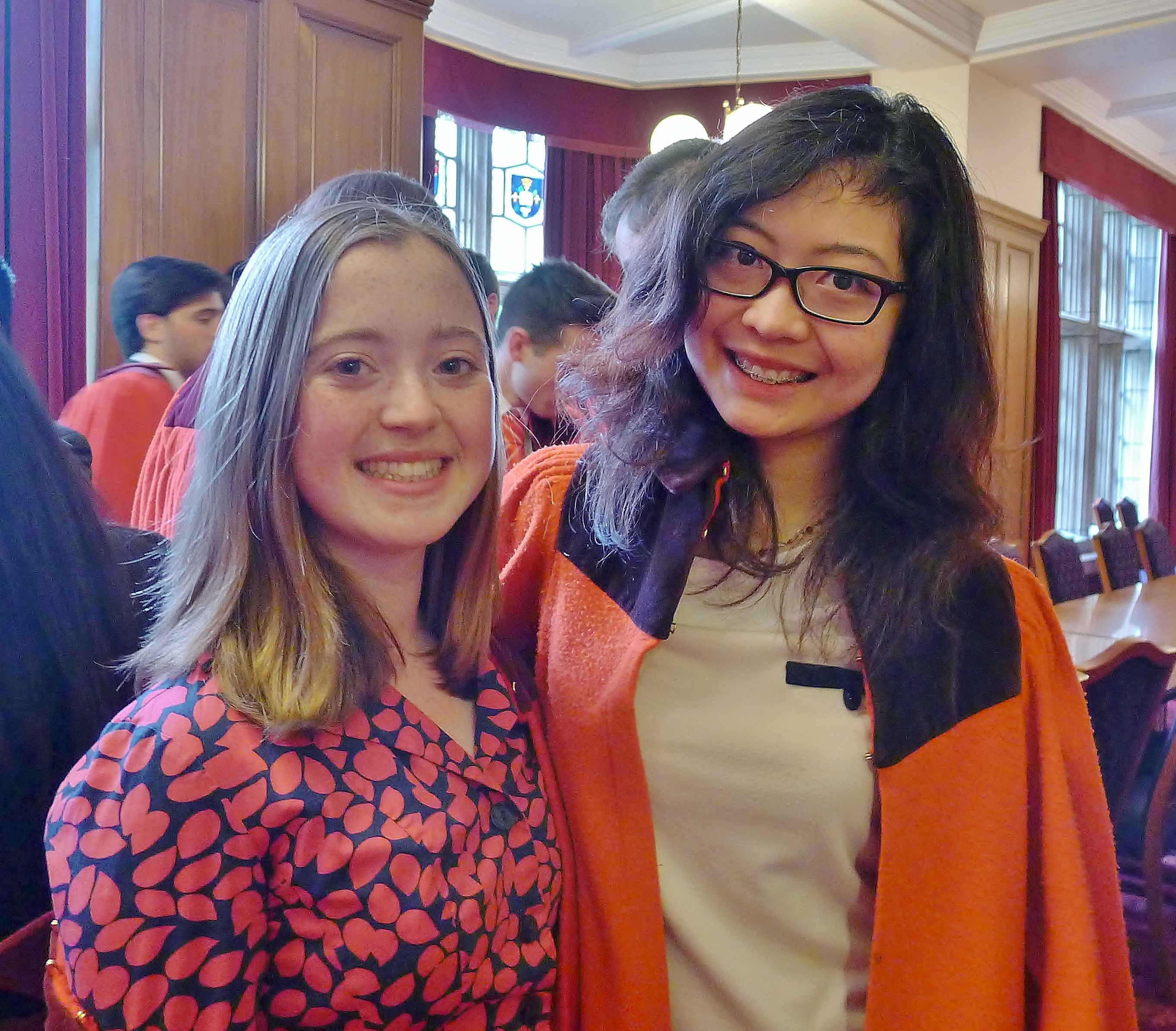 Alodie Prihutama, winner of the student trip to St Andrews, Scotland said: “The Education UK Exhibition, organised by the British Council Qatar, was the perfect way for many prospective students, like myself, to get to know the potential university and its surroundings better, just as we are deciding which university to go to. I attended the exhibition to get additional information on the British universities I had previously applied to. I applied to study for a Bachelor’s degree in Psychology as the quality of teaching in the UK has been proven to be excellent. I felt this opportunity would also give me a good understanding of what a psychologist’s career would entail. The British Council has been very helpful and supportive throughout the process, providing me with all information I need.”

British Council Qatar has seen an increased demand for information about in studying in the UK, as the country remains a preferred destination for students from Qatar. The UK’s Higher Education Statistics Agency announced earlier this year that in 2013, 1,490 students from Qatar were studying in the UK –an increase of 16 per cent from the previous year. About three-quarters of those students are pursuing undergraduate degrees, and roughly one quarter is enrolled in postgraduate studies. In the recently published QS World University Rankings 2013/14, four of the top six universities in the world are in the UK. The same QS report also surveyed 27,000 graduate employers and found that graduates from UK universities are among the most employable, with employers rating five UK universities among the world’s top 10.

Martin Hope, Director of the British Council Qatar said: “The renowned quality and value of the British education system, empowering students with the skills, qualifications and connections they need to launch a successful career, is well respected by both employers in Qatar as well as globally. We are delighted to see Qatar and the UK deepen educational ties through constant collaboration, educational exchange and knowledge sharing. The Education UK Exhibition was an integral part of the British Festival 2014, a festival working towards an ongoing exchange between Qatar and the UK in the areas of education, culture, science and sport. The British Council continues to support communities in Qatar by helping students reach their potential.”

The Education UK Exhibition was launched during the British Festival 2014, and was one of the several British Council programmes intended to engage Qatari students and promote the longstanding legacy of educational exchange between the two countries. The second prize winner will be announced in the autumn before their trip to the University of Central Lancashire, UK.

For the latest updates on studying in the UK and for pre-departure advice, follow the British Council Qatar’s official social media channels http://www.facebook.com/BritishCouncilQatar ; https://twitter.com/qaBritish.