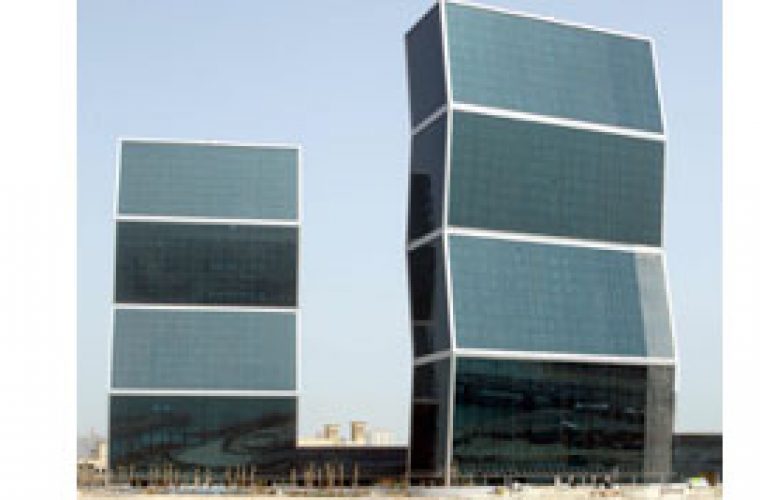 Residents have started to move into the Lagoon Plaza, marking the completion of one of the flagship projects in the West Bay. Described as the “most unique buildings in Qatar”, the Lagoon Plaza twin towers, or Zig Zag towers as they are commonly known, are being developed by Dar Investment and Development Company. The company’s sales manager and head of the handing over committee, Hussam Jarrar, told Gulf Times that they were “proud” of their achievements in completing such an “iconic building,” and were looking forward to “continued success and customer satisfaction.” Designed by Qatari-based architects MZ & Partners and executed by another Qatari construction company, Al-Seal Contracting, Jarrar claimed that it was not only the design of the towers – which are the highest residential zig zag twin towers in the world – but also their location which makes them outstanding. “The towers are located in the heart of West Bay, surrounded by the Doha Golf Club, the Grand Hyatt and Ritz Carlton hotels and the Pearl-Qatar,” he explained, adding that the location as well as the surrounding sea and water views make the property an even more luxurious destination. Jarrar is aware of the rumours circulating in Doha concerning the development, with people claiming that construction of the buildings would not be possible and the developers were experiencing problems. “People always want to throw their stones at the tree bearing the most fruit,” he said, adding “with the more success and popularity we gain, more people will throw insults our way – but that is what happens.” Clarifying any misconceptions, he explained that the handing over date for the properties had been postponed because of factors “out of our hands.” “There have been a number of general reasons which neither we nor our contractors had any control over,” he said, “but we are proud that we are one of the first developments to be handing over our properties with permanent services.” “We have all our power, water and other services provided on a permanent basis,” he explained, “which is not the case with some other developments on the market.” “The 100% glass window curtain surrounding the entire building, and its unique shape should have taken us longer to build, but we are still among the first to complete our project,” he argued. Managing director of Mirage properties, Craig Mitchinson described the development as “an iconic building” and “very unique within Doha and West Bay.” Mirage are responsible for a number of the properties in the towers, and Mitchinson explained that there had been a lot of interest in leasing apartments. He said that his company had received many inquiries about prices, but that the delay in completion meant that some people had decided to wait before making decisions. “It’s gone to completion at the wrong time really,” he said, adding “so many people have been away on holiday at the moment and then we have Ramadan. But after that I expect there to be a lot more interest, and many customers have said that they will be following up when they come back.” MItchinson explained that a lot of investors who initially bought the apartments are now looking into offering them for lease because of the international slump in property prices. “At the moment there are not many buyers around – investors who bought the properties and were considering selling them for a profit are now trying to lease them until prices recover,” he said. People who bought the properties when they first came onto the market some three or four years ago will still make a profit, he explained, adding that his company currently has some 20 to 30 properties available through resales. Paul Bellavance has bought three properties in the Lagoon Plaza and will lease two of the apartments in the near future. He said that he had seen a lot of interest in the apartments, and claimed that the flats were “high quality” and occupied a “fantastic location.” He said although there were a number of slight “teething issues” with the new apartments their general standard was very high. He is pleased with the relatively low service charges and the fact that all appliances are up and running. “For those who can, this is definitely the right time to buy,” he argued, adding “this is the only market I would buy in and I am very optimistic about the future here.” “These buildings offer such fantastic views in such wonderful surroundings that I wanted to purchase here,” he added. Dar, Al-Seal and MZ are currently working on another project in the West Bay area which they hope to hand over by the year-end. The Palm Towers are located near the Corniche, and Jarrar claimed that “they are in the final stages of development and moving very fast.” He added that the company was looking into other possibilities both inside and outside of Doha. “Nothing is confirmed right now, but we are open to opportunities.” http://gulf-times.com/site/topics/article.asp?cu_no=2&item_no=309526&version=1&template_id=36&parent_id=16 Looking to rent or buy at the ZigZag? Go to ILQ's Classifieds! http://www.iloveqatar.net/classifieds