Top 12 young Arab innovators to compete on Stars of Science 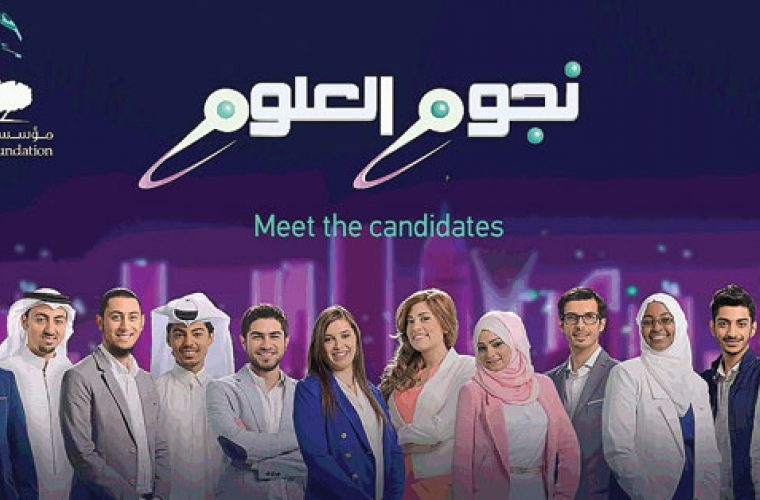 Twelve of the Arab world’s most promising innovators have been chosen as candidates on Qatar Foundation’s edutainment reality TV programme Stars of Science on MBC4.

The selection, a turning point in the sixth season of the programme, marks the end of the casting phase and the beginning of intensive project development stages where candidates will refine their ideas and compete against each other to become Stars of Science finalists.

The candidates, hailed as the programme’s most diverse and talented group to date, originate from nine Arab countries in the Middle East and North Africa region. Their projects address issues in a broad range of fields, including solar energy, mobile phone technology, personal health and sport.

In the fourth episode, their triumphant, emotional reactions were caught on camera when they were notified of their selection in a phone call from jurors.

In its sixth season, Stars of Science will debut a new format to increase competition, pitting small groups of innovators against each other for the chance to turn their ideas into reality.

For the engineering stage, candidates are divided into blue, red or purple groups. Each group of four works in the same room throughout the stage, fostering a sense of teamwork and friendly rivalry. At the conclusion of the stage, a jury of tech experts and industry leaders examines their projects and selects the best two to progress to the next stage.

Mohammed Al Housani of Qatar with his Efficient Solar Energy System will compete against Khaled Alsulaim of Saudi Arabia with his Phone-to-Phone Battery Charger, Johnny Khalil of Lebanon with his Active Rugby Scrum Machine and Weam Mohammed of Sudan with her Non-Invasive Malaria Tester in the blue group.

Walaa Aniba of Tunisia and her Smart Headphones was placed in the red group with Rania Bou Jaoudeh of Lebanon with her Automatic Zuchini Corer, Ousama Dghaish of Jordan with his Car Refuelling Tester and Ahmad Kurdi of Saudi Arabia with his Pool Warning System.

Riham Helmi of Egypt with her UV Sanitiser Mobile Cover will be joined in the purple group by Thieab Al Dossary of Bahrain with his Tactile Communication Bracelet, Sultan Al Subhi of Oman with his Wudu Area Robotic Cleaner and Thamer Al Askar of Saudi Arabia with his Virtual Sports Fan.

“These individuals, who stood out among thousands of applicants considered in the Stars of Science international casting tour, are among the most talented, motivated and idea-driven young people in the region,” said Youssif Abdulrahman Al Salhi, Perennial Juror and General Manager, Qatar Shell Research and Technology Centre.

Stars of Science has launched a new website that allows fans to enrich their viewing experience with web exclusives, episode recaps and candidate profiles. The website is an interactive hub for technology-related discussion and helps Arab innovators connect with resources and each other.

Khaled Al Jumaily is reprising his role as host of Stars of Science for Season 6. For the first time, he is joined by Haneen Al Naqdi as co-host.

Further insights into the candidates can be seen in daily episodes which started on October 5 at 4.30pm KSA/1pm GMT on MBC4.

The first engineering elimination episode will be aired on October 11 at 8pm KSA/5pm GMT.

Season 6 will culminate in a live final in which voting from the public and jury deliberation will determine the final outcome. The Peninsula