The Amazon is on fire; How does this affect Qatar? 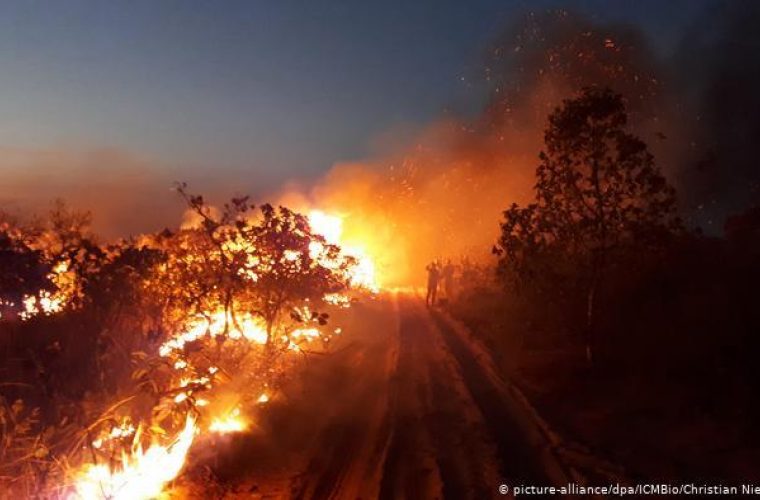 The Amazon forest is on fire, and, unfortunately, not enough is being done to put it out! The fire has spread so much it’s visible thousands of kilometres away in the Brazilian city of Sao Paolo and even from space.

Let's tell you more about the Amazon fires, how these fires affect Qatar and what we can do about it as individuals and, as residents of Qatar.

How did these fires start?

These fires are mostly man-made and, according to environmentalists, are raging with the consent of Brazilian President Bolsonaro and his lack of action regarding deforestation violations. These environmentalists believe he is encouraging cattle ranchers and loggers to start the fires, so they can monetise the land by building on it, while some experts say ranchers and farms started the fires to clear out existing farmland. On the other hand, Bolsonaro says non-governmental organisations (ngos) may have started the fires to criticize his government.

The Brazilian government has deployed its armed forces to try to put out the fire and has rejected aid from international countries who want to help stop the fires raging through the Amazon.

Why is Qatar worried?

The Amazon, which is the world’s largest tropical rainforest, is often talked about and referred to as the ‘lungs of the earth’ because it is the producer of approximately 15-20% of the world’s oxygen supply. Though the Amazon is an essential part of the fight against global warming, many experts on the subject, disagree with the theory that it’s the ‘lungs of the earth’.

The Amazon is essential in the fight against global warming, because it absorbs the carbon in the atmosphere, and locks it away in the trees and the soil. The Amazon forest is spread over Brazil (which has the biggest share: 60%), Peru, Colombia, Venezuela, Ecuador, Bolivia, Guyana, Suriname and French Guiana and makes up approximately 25% of the annual global sink. This is why, when we lose this much carbon to the atmosphere, it has huge consequences on world climate and global warming, so protecting the Amazon is of critical importance.

Why should Qatar be concerned?

These fires are playing an integral role in degrading the world’s largest carbon sink and the most important home for biodiversity. In addition, they are increasing the rate of deforestation, and if the Amazon reaches its tipping point, scientists believes there are chances of it becoming a dry savannah. The timing is bad, especially since at this point in the world’s life, we need more and more trees so the climate of the world can be stabilised, not the loss of the biggest rainforest in the world.

According to The Guardian:

“In July, deforestation spiked to a level not seen in more than a decade. According to preliminary satellite data from Brazil’s space agency, trees were being cleared at the rate of five football pitches every minute. Over the single month, 2,254 sq km (870 sq miles) were lost, a rise of 278% on the same month last year. Scientists say this year could be the first for 10 years in which 10,000 sq km of Amazon are lost."

What can Qatar do to help?

As global citizens, it’s important that we play our part in helping to save the environment we live in. We may think this has nothing to do with us, but if you read the above information, you’ll know that, directly and indirectly, these fires will effect the climate we live in and the air we breathe.

We have a choice here. Let’s make the right one.

No contribution is big small; every little bit counts. In the word's of one of the worlds most well-known activists:

“Never doubt that a small group of thoughtful, committed citizens can change the world; indeed, it's the only thing that ever has.”

The following are just some of the ways, we can all do our part and help save the environment:

1. Make donations to organisations that support the environment

Did you know the Amazon has been burning for weeks? How does this effect you? What can you do to help? Let us know your thoughts in our Comments section. Like and share the article - it keeps us going!