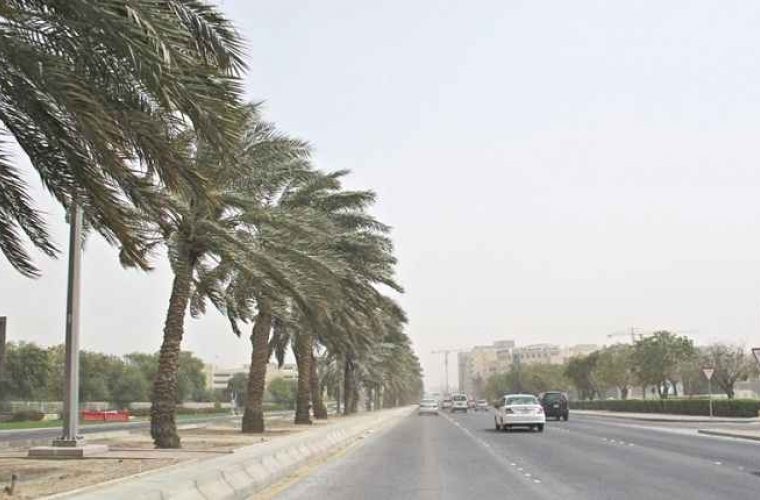 Qatar is expected to be affected by yet another bout of strong winds and resultant dust and sandstorm for four days from tomorrow night. Fresh-to-strong northwesterly wind that could reach up to 35 knots at times inshore and 40 knots at times offshore has been forecast by the Met Office. The wind is expected to generate waves offshore between six to 10ft and reaching up to 13ft at places. Visibility may come down to 2km at places, especially in the open areas due to blowing dust and sand. The wind is also forecast to cause a drop in the maximum temperature to 37-39 °C and the minimum between 25-28 °C in Doha, and less in Southerly areas, until Tuesday midday.