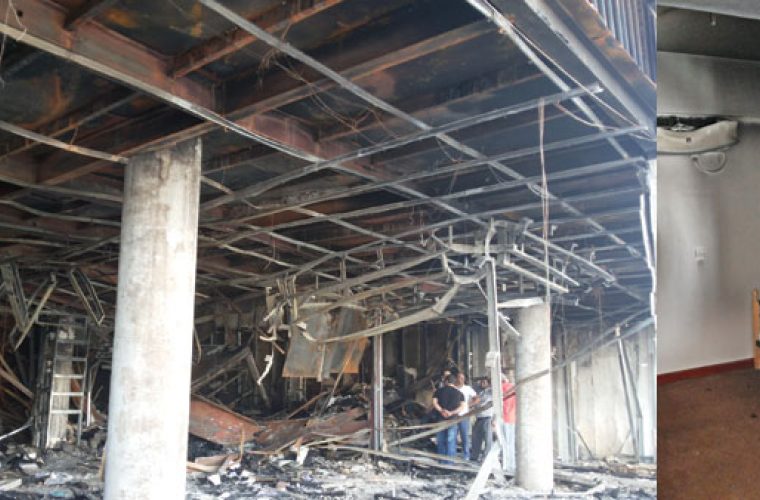 The owner of the showroom gutted by Friday evening’s fire, near the Decoration Signal along Salwa Road, yesterday claimed that he suffered a loss of at least QR1.5mn in the blaze. 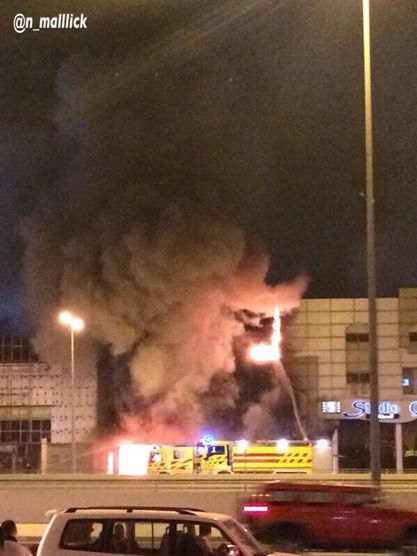 Yasser Khalifeh, owner of Al Shark Exhibition that specialises in curtains, blinds, furniture and upholstery, said it has been three days since Friday night’s fire and he is still awaiting permission from the investigating authorities to allow his staff to clear the debris.

Khalifeh told Gulf Times that his initial estimate of the extent of damage was at least QR1.5mn. The fire had totally destroyed the ground floor of the three-storey building that housed the company’s showroom and office space in the mezzanine area, which was also used as a workshop for upholstery projects.

A quick look at Al Shark Exhibition’s website revealed that the company had engaged in projects with big-ticket clients such as the Ministry of Interior, Almana Tower, Maersk Oil Qatar, British embassy, Ministry of Endowments and Islamic Affairs and Toyota Tower, among others.

He said pending an ongoing investigation, the authorities were yet to inform him what caused the fire. It would probably take another week before the investigators would issue the permit to clear out the area, he added.

This was reiterated by Delta Group general manager Abraham Benjamin, whose office is located above Al Shark but at the far end of the building’s rear portion.

Benjamin said while his office was not damaged by the blaze, he had to negotiate with Qatar General Electricity and Water Corporation (Kahramaa) to get power supply restored in his part of the building.

However, Kahramaa did not restore power supply at the topmost level of the building, which houses four residential units occupied by a Filipino family, a Sudanese national and two Sri Lankan employees of Delta Group.

While two of the units were damaged by the fire, none of the residents was injured during the incident.

Meanwhile, International Cleaning Company (ICC) chief executive Baby Kurien said his staff is currently sharing office space with Delta Group. Part of ICC’s office was severely damaged by the fire. The other half of the office, Kurien added, was intact but remains without power.

He also lamented that the plastic casing of the air-conditioning units inside the undamaged portion of the office had warped due to the intense heat of the blaze.

Sri Lankan national Machado Aloyius, an accountant at Delta Group, said it was a “narrow escape” for both himself and the company’s head of Finance, Mohideen Bawa, who was inside their office unaware of the fire outside.

Aloyius recalled that he arrived at Delta Group’s company accommodation around 6.45pm. A few minutes later, he was alarmed by the smell of burning plastic as he opened one of the windows of his room.

He immediately went out to investigate and, upon learning about the fire, he fetched Bawa, who hurriedly switched off the office’s main switch before scampering out towards the hallway, which was already engulfed in thick black smoke.