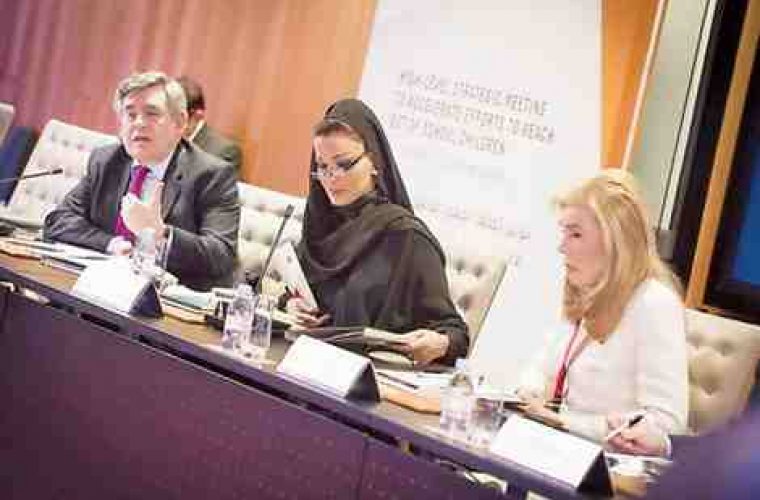 Educate A Child (EAC), a global initiative to bring primary education to poor and marginalised children, aims to reach ten million children across the world by 2015, H H Sheikha Moza bint Nasser said yesterday. EAC is targeting 34 countries, which represent more than 60 percent of children who are out of school. EAC will also issue a report about attacks on schools and educators, she said, while addressing a high-level strategic meeting at the Qatar National Convention Centre. “Educate A Child has succeeded in supporting 600,000 children into school over a period of four months. This marks the beginning of our ambitious effort, which we want to see reach 10 million children by the end of 2015,” said Sheikha Moza. “Together with Unesco, and through our main parent foundation we will soon issue a report that monitors cases of attacks on schools and teachers, to safeguard education in crisis,” she added. EAC has recently helped Unicef keep 250,000 Syrian children, who are affected by the conflict, in school. The initiative is also introducing new programmes in countries, including the Democratic Republic of Congo, Yemen and Somalia. The two-day high-level meeting has brought together 17 government ministers, representatives of international and local organisations and agencies, and representatives of civil society groups and the private sector from around the world. They discuss challenges and plans to provide educational opportunities to children deprived of education. With 61 million children deprived of basic education and 28 million of them in conflict zones, EAC is seeking to bring high-quality learning to them together with specialised organisations from around the world. EAC is inspired by the Millennium Development Goals, which have been agreed at globally. These goals seek to enable all children to access primary schooling by 2015. “Sixty-one million children are out of school… the world has a moral and development responsibility to address this problem — a responsibility that cannot be evaded,” said Sheikha Moza. “It is truly embarrassing that we live in a world where technological progress allows for so much advancement in education, while the humanitarian issue of children out of schools cannot be addressed,” she added. Sheikh Ahmed bin Mohammed bin Jabr Al Thani, Assistant Minister for International Cooperation Affairs at the Ministry of Foreign Affairs, said Qatar would continue to support EAC projects. Gordon Brown, former British premier and the UN Secretary General’s special envoy for education, stressed the importance of educating girls. He said 32 million girls were out of school due to poverty, discrimination and trafficking. Source : Qatar Chronicle