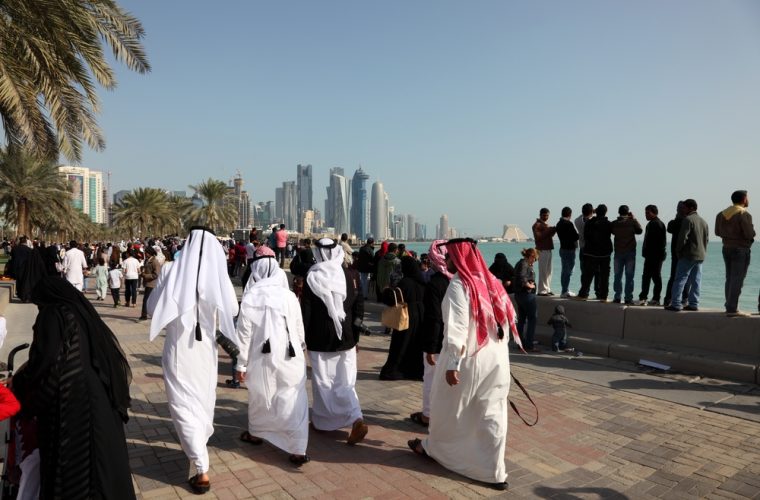 At a time when the National Human Rights Committee (NHRC) and international organizations were hoping that the Saudi authorities would resolve the humanitarian crisis, lift violations and compensate victims of the blockade, the Saudi authorities claimed in a recent statement, in which they attempted to mislead the public and provide false pretexts to justify violations, sanctions, and arbitrary unilateral measures, that they had addressed those violations resulting from the blockade.

On 7 September 2019, Saudi Arabia issued a long statement published on the website of the Saudi Press Agency, detailing the crisis of the siege of Qatar, and contains a number of steps, which the statement said that the Kingdom has taken to alleviate the Qatari people, whether in common families or in the areas of education, health, Hajj, and Umrah.

The Saudi statement added that the solution to the crisis will not be possible without responding to the demands of the four countries (Saudi Arabia, the United Arab Emirates, Bahrain, and Egypt), in accordance with Kuwaiti efforts and within the framework of the Gulf Cooperation Council.

The NHRC has described the statement issued by the Saudi authorities as an attempt to mislead the public and provide false pretexts to justify abuses, sanctions, and arbitrary unilateral measures, pointing out that the Saudi statement tried to claim that the Kingdom addressed the violations resulting from the blockade.

The NHRC noted that attempts to conceal facts would not work for the Saudi authorities and would not prevent them from being condemned and the demand for compensation for the victims and to stop violating their rights.

The NHRC stressed that the unilateral measures and sanctions imposed on Qatar are a complete blockade against citizens and residents of Qatar, and this is a flagrant violation of all international human rights treaties and conventions which cannot be justified under any pretext, by the testimony of international reports, where most of the violations committed by the Saudi authorities are documented by the United Nations, international organizations and some specialized international agencies.

In this context, the NHRC confirmed that it was continuing to provide these organizations with all the required data and documents, and demanded the Saudi authorities to allow the technical mission of the Office of the High Commissioner for Human Rights to visit the Kingdom to assess violations resulting from coercive measures taken by the Saudi authorities, in addition to the approval of establishing a fact-finding committee by the Council Human Rights to visit Saudi Arabia to find out about the alleged lack of human rights violations resulting from the blockade.

The NHRC further added that, since the beginning of the blockade, it has reached out to the relevant human rights bodies in Saudi Arabia to remove damages affecting the rights and remedies of victims, without receiving any response from them. The Saudi authorities also did not allow the UN High Commissioner for Human Rights technical mission to visit in November 2017 to assess the impact of these measures on human rights as well as their lack of responsiveness to the letters of private rapporteurs and international organizations. However, the report submitted to the Human Rights Council at its 42nd session from 9 to 27 September 2019 issued by the Special Rapporteur on the negative impact of unilateral coercive measures on the enjoyment of human rights, paragraph 38, states that "coercive measures imposed by various groups of Gulf countries on Qatar remain in force".

The NHRC also called on Riyadh to recognize the competence of the International Court of Justice in accordance with article 22 of the International Convention on the Elimination of All Forms of Racial Discrimination to consider its allegations of human rights violations as a result of the blockade, considering that respect for human rights should begin with the recognition of the role of international protection and accountability mechanisms and not just claim through statements to distort and mislead international public opinion.

Actions that Saudi authorities should take if their claims are founded

From this perspective, NHRC affirms that it shall continue to provide these organizations with all the required data and documents. On the other hand, the Saudi authorities should take the following actions, if their claims are founded:

To allow the UN-OHCHR technical mission to visit Saudi Arabia to evaluate the impact of violations resulting from coercive measures taken.

To approve the establishment of a fact-finding committee by the Human Rights Council to visit Saudi Arabia to establish the facts and circumstances surrounding the human rights violations resulting from the blockade.