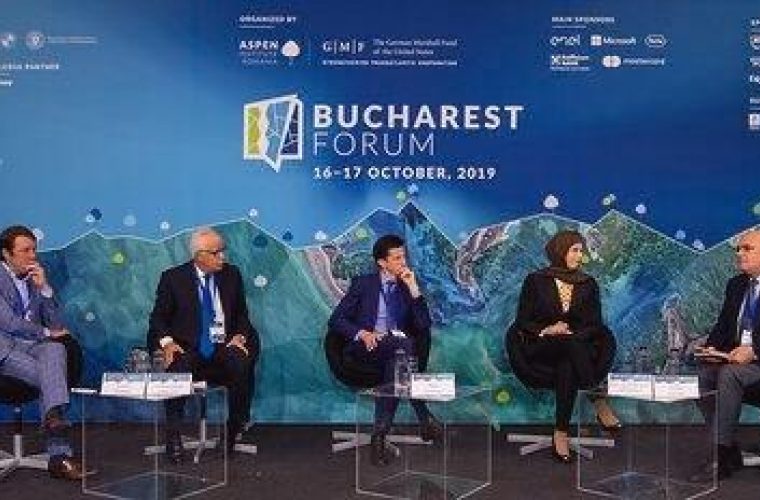 Her Excellency Spokesperson for the Ministry of Foreign Affairs Lolwah Al Khater underlined that the regional problems require the existence of an independent internal will in the countries of the region representing their collective interests and separating the accounts of international players.

Her Excellency said that the ability to assess and manage problems effectively will be greater when we take external interests out of the equation.

This came in a speech by H.E. Lolwah Al Khater at a panel titled "Middle East- Is Anyone Still Looking for a Solution," which was held as part of the program in Bucharest Forum, an annual forum organised by Aspen Romania and the German Marshall Fund of the United States.

Her Excellency argued that the core problems in the region are caused by several reasons, such as the lack of institutions that protect civil liberties, and the high percentage of illiteracy and the lack of employment opportunities and economic empowerment.

She discussed that everyone is looking for a solution for the regions issues including multilateral institutions, non-state actors, regional and international players, but in isolation from each other.

Answering a question about the nature of the tension between some Arab nations and Iran, Al Khater stated that the tension is not sectarian, as it appears to some; rather it is a power and influence struggle in the region between two different poles that must be addressed through constructive dialogue and diplomacy.