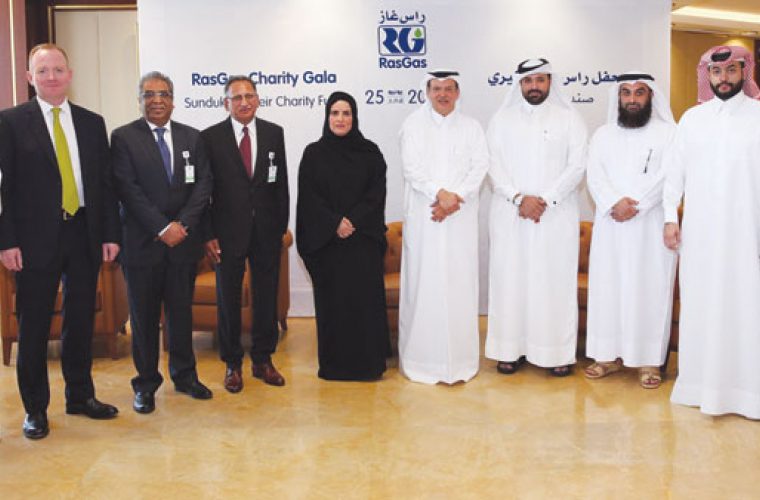 The funds were raised at the company’s ninth annual charity golf weekend that took place earlier this year.

The donations are a direct result of contributions made by more than 350 of RasGas’ suppliers, customers, employees and shareholders.

RasGas CEO Hamad Rashid al-Mohannadi highlighted the importance of the company’s Corporate Social Responsibility (CSR) activities and its long-term support for the community.

“The annual RasGas Charity Golf Weekend has been a successful, high-profile element of our long-established CSR programme, and has raised over QR10mn for deserving charities in Qatar over the years. As a company, we are determined to make a positive and sustainable contribution to every aspect of Qatar’s community,” he said.

One of the SDC’s many charity units provides financial support to low-income patients for medical equipment and assistance in the payment of healthcare bills.

“RasGas constantly seeks to be of aid to social organisations as part of its commitment to CSR. Today, their valuable contribution in support of the Charity Unit for Renal Failure Patients is a demonstration of success at building relationships based on co-operation. This and other such initiatives offer an opportunity to establish a framework for CSR, where the priority of profitability does not surpass social and ethical standards,” said Amal al-Mannai, executive director SDC.

Funded by the Pakistan Welfare Forum in association with the Sheikh Thani Bin Abdulla al-Thani (RAF) Charity, the ‘Sponsor a Student’ initiative is dedicated to assisting children from underprivileged families unable to afford a proper education.

Ahmad Hussain, adviser and head of Education for the PWForum, said: “This generous contribution from RasGas’ charity fund Sunduk al-Kheir will guarantee the education of many more under-privileged families that are part of our ‘Education For All’ programme. We are delighted to have been provided with this opportunity.”

RasGas established its Sunduk al-Kheir charity fund in 2010 to support long-term CSR programme initiatives which are aligned with the Qatar National Vision 2030.