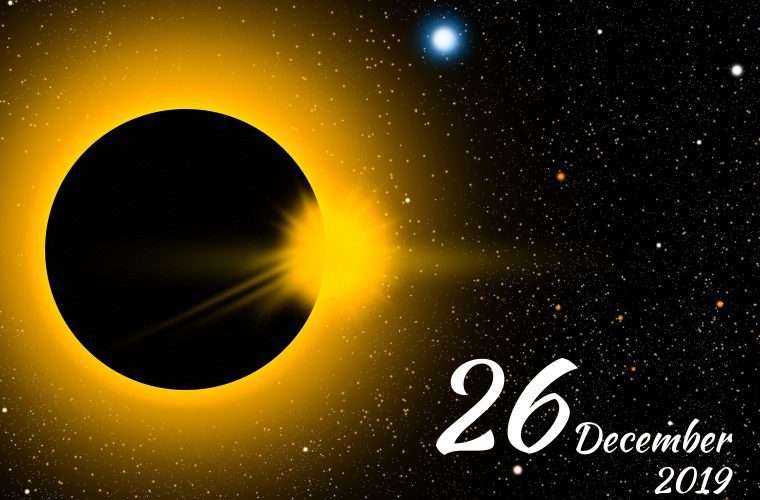 If you're interested in seeing the solar eclipse on 26 December 2019, The Al Thuraya Planetarium (Building 41, Katara Cultural Village) is distributing special spectacles to see the eclipse. The spectacles are available at the information desk of the planetarium during office hours from 23 to 25 December 2019. Call + 974 4408 2067 for more information.

Caution: Never look at a solar eclipse with the naked eye. You can seriously damage your eyes, and even go blind. Proper eye protection, like eclipse glasses or a sun filter, are the only safe options. Sunglasses don't work.

Where you can view the rare solar eclipse in Qatar

This spectacular rare solar eclipse will be visible on 26 December from Al Khor and Al Jamiliya.

The Qatar Calendar House has announced that accurate astronomical calculations have confirmed that the residents of Qatar will see and monitor the rare annular solar eclipse with the sunrise on Thursday 26 December 2019, which will be a spectacular sight, but it will be visible as a partial solar eclipse, as the moon will cover a large portion of the sun, according to QNA and Time and Date.

Timings of the solar eclipse

Where this rare solar eclipse will be visible

The annular solar eclipse can be observed from India, Sri Lanka, Saudi Arabia, Sumatra and Borneo. Ooty, Mangaluru, Kasaragod, Karur, Kozhikode, Tellicherry, Coimbatore, Sivaganga, Tiruchirappalli, Jaffna, Al Hofuf and Singapore are a few popular cities where it will be visible.

Where this rare solar eclipse will not be visible

The Qatar Calendar House announced yesterday that it is organising an event to publicise the solar eclipse phenomenon and its various types, in cooperation with the Qatar Centre for Space and Astronomy Science today (Sunday) evening, in the main hall of the Sheikh Abdullah Al Ansari Complex at Dafna, according to QNA.

It said that this event comes in preparation for the rare annular eclipse phenomenon that will be witnessed in the skies of the State of Qatar, and to educate the public about this phenomenon and clarify the correct scientific concept of it.

The Qatari astronomer Sheikh Salman bin Jaber Al Thani is expected to lecture at this event.