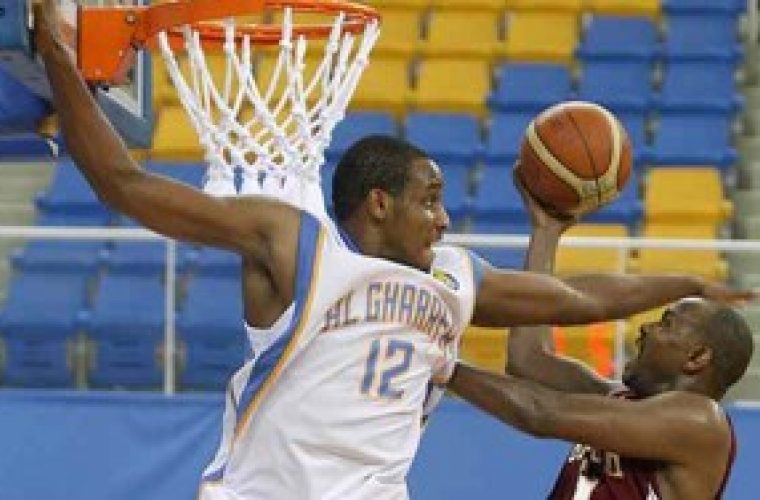 In a pulsating thriller, Qatar Sports Club (QSC) edged Al Wakrah, 101-98, seconds before the final whistle, in the in the basketball league for the Heir Apparent Cup here late last night as reported by Qatar Chronicle. The winner was scored by Chauncey Leslie. The win was a booster to QSC who were defeated by holders Al Arabi the other night. In another equally exciting contest, Al Rayyan Sports Club pipped Al Shamal to the basket, 72-70, to script their second consecutive win in the league. Al Rayyan were trailing 69-70 behind Al Shamal after Messie Mwigwe’s baseline conversion when Erfan Saeed fired a long trey to beat the whistle. Al Wakrah were on course for their first win as they dominated QSC. At one stage they had widened their lead by 20 points, till they rallied to gain advantage in the last minute of the match. Al Wakrah won the first two quarters, 38-15 and 54-34 and were leading by four poins, 76-72 at the end of the third. However, QSC men suddenly found extra spring in their battle to tie 84-all midway in the final quarter. Their joy was short lived as Temi Soyebo put Al Wakrah ahead. Leading 98-95 with only 30 seconds left, Al Wakrah took possession off a turnover by QSC, but were fouled. Horrifyingly they wasted both chances from the free throw lane. Adel converted a twinner in the ensuing play, pushing Qatar Club within 1 point, at 98-97, and time down to 10 seconds. Ayeni Olatukombo was fouled as the game resumed but missed both gift shots. With six seconds left, the black shirts’ Oumar Seck was fouled, made the first charity shot to tie the count at 98-all but muffed the second. Olatukombo got the rebound but was called for a lane violation giving possession back to Qatar in the remaining four seconds of the game. In Group I matches Sunday at the Al Gharafa Indoor Arena, Al Sadd will go all out against El Jaish to stay in the running for a berth in the next round. The Qatar men’s League champions are 1-1, and must pull one over Army who are 2-0. Fancied Al Gharafa are expected to go 2-1 up when they battle winless Al Ahli in the main game at 7:00pm. Source : Qatar Chronicle