Qommunity Voices: The face behind the Faces of Qatar 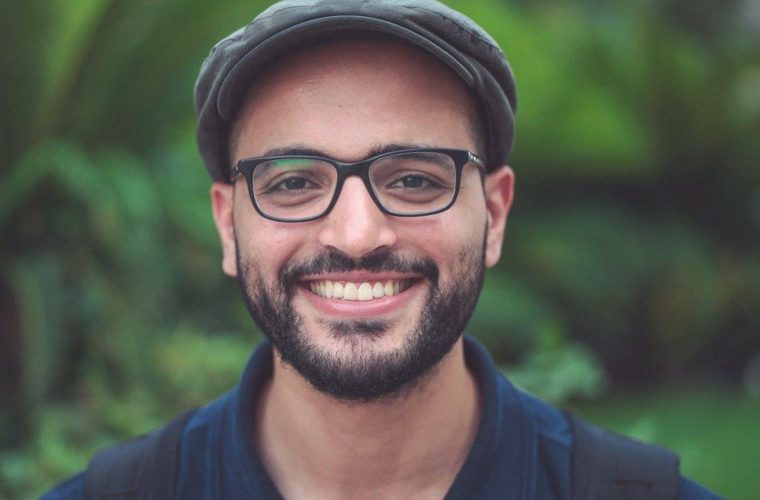 Photographs have the ability to tell you a story about a person without ever meeting them. This is what Mohammed Ismail’s photographs do. They tell a story about people. People who live in Qatar, a small but impactful appanage of the GCC, that come from a variety of different backgrounds and experiences, to earn a decent livelihood here.

Ismail hails from Libya, where he was born and where he spent the first four years of his life. He moved to England shortly after, where, over the course of 21 years, he would live in six different cities and attend six different schools.

“My love for photography started during my first year of law school,” Ismail said. “I purchased a Casio Exilim and set about practicing the art of composition, using only natural light to shape the images. My passion for the art grew to such an extent that I decided to save up what little money I could muster as a law student and splashed out on a SLR camera – the Canon 450D.”

In 2011, civil unrest and war began to break out in Libya — a life-changing event that would deeply influence Ismail’s future choices. During that time, Qatar opened Libya’s first independent satellite channel called Libya TV — that aimed to combat the propaganda within Libya — and was scouting for volunteers.

“I dropped what I was doing in London (a boring office job) and flew out to Qatar to help set up what would later become the leading source of news for many Libyans during the civil war,” said Ismail. “Whilst at the channel, I snuck into Libya via the Tunisian border and met many anti-Gaddafi fighters, documenting what I could with my camera.”

Since then, Ismail has been documenting Qatar’s culture, and even started his own personal projects, ‘Faces of Qatar’ and ‘Doha 100.’

Bringing the ‘Faces of Qatar’ together

On May 3, 2014, Faces of Qatar was born. “The aim of my project is to make people re-evaluate their perceptions of the other people living here and to encourage the different nationalities to meet and to get to know one another,” Ismail said.

Faces of Qatar attempts to convey a message, that people are more alike than they might think. “Any differences we have ought to be celebrated and understood, rather than ignored and feared,” said Ismail. “In an age when the ‘otherization’ of a people is used for political gain, it’s good to remind ourselves we are one family and that our differences should be driving us to get to know one another.”

Although Qatar isn’t London, it definitely shares its cosmopolitan characteristics and cultural diversity. Ismail believes that this should be a source of inspiration instead of division. “I’ve had people tell me Faces of Qatar is what Qatar needs, so I’d like to think that the project is helping change some people’s perception of what it means to be here and how important it is that we all see ourselves as members of this community. When you feel part of a community, you are more likely to help it grow and flourish. You are more likely to give back to that community.”

Through the Faces of Qatar, Ismail hopes to capture and document every nationality currently in Qatar. “I look for diversity. I also like to include more than one individual from each country, to show that there is diversity also within the different countries here,” Ismail said.

Because Ismail has met so many people and captured so many faces, he finds it difficult to pinpoint one particular story or person that stood out to him while pursuing his project. “There are are so many great stories in the mix. Combined, they make for an interesting insight into the people that make up Qatar. It’s a case of the whole being greater than the sum of its parts.”

Ismail aspires to publish a photo-book, which would consist of the images and stories of all the people he’s met in Qatar, once he’s finished the ‘Faces of Qatar’ project. He hopes to break stereotypes and misconceptions that people have of Qatar before they move here through his photographic series. “The stories in this project will, hopefully, make people think twice about them,” Ismail added.

When asked how he feels he’s contributing to the community as an individual, Ismail was not sure how to answer.

“…Whilst still remaining humble, I’d like to think Faces of Qatar is helping to break down all the unnecessary walls some of us have built [up] as a defense mechanism.”

You can check out Mohammed Ismail’s website here: www.mohammedismail.com/facesofqatar

What do you think of Faces of Qatar? In what other ways do you see people trying to build Qatar’s community? Comment below! And don’t forget to give us a like and share!