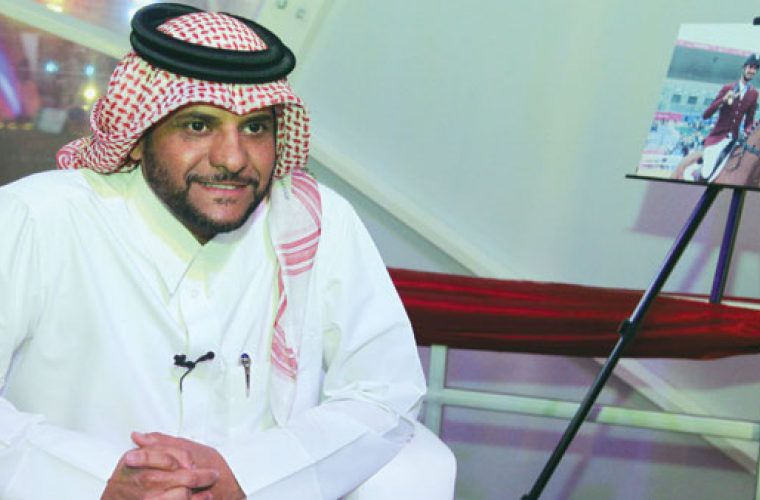 Qatar “will not stop” bidding for major international sporting events after the 2022 World Cup and a potential Olympics, the head of the country’s most powerful sports organisation told AFP in an interview.
HE Sheikh Saoud bin Abdulrahman al-Thani, secretary general and CEO of the Qatar Olympic Committee (QOC), said the state was “open to any potential sport”.
This could theoretically mean bidding for a second football World Cup, hosting matches from foreign football leagues, as well as a large number of other sporting events.
Sheikh Saoud said the country was even being directly approached by different international sporting federations asking it to host “world championships”.
“After the World Cup and after the potential Olympics we will not stop, we are continuing because we already have the infrastructure and we have facilities,” he said.
“I mean... we are now being approached by the international federations asking us to organise their world championships.
“Because now they have seen that Qatar keeps its promises, once we say we will organise this event at this level, we do it.”
He added that meant Qatar has gained “the trust” of international sporting bodies.
The country recently hosted the World Handball Championships and this year will host a huge number of events, including the World Amateur Boxing Championships and the Paralympics World Athletics Championships.
It has also been awarded the World Athletics Championships in 2019 and this week said it was close to finalising contracts on holding its first ever Formula One race.
Qatar also said earlier this year that it was “inevitable” it would make another bid to host a Summer Olympics, having already unsuccessfully bid for the 2016 and 2020 Games.
Outside Qatar, it has confirmed its global sporting presence by buying French football side Paris Saint-Germain, and sponsoring events such as the Goodwood horse racing festival in Britain.
The government has put sport at the heart of its “National Vision 2030” for Qatar which aims to ensure a “vibrant and prosperous economy that provides economic and social justice”.
Asked if Qatar was open to boosting that presence by staging league games from foreign football leagues, such as Spain’s La Liga and England’s Premier League, Sheikh Saoud said that was ultimately up to the country’s sporting bodies.
However, he added Qatar would be interested in such events.
“In Qatar we are open to any potential sport even because we see the benefit and added value for countries and for Qatar we already have the infrastructure for it.”
Last December, Qatar hosted the Italian Supercoppa between Juventus and Napoli. The Premier League has also looked at potentially holding matches outside the UK.
With the number of events it has already secured, Qatar is being urged to improve its human rights record. Last week, Human Rights Watch (HRW) said “stronger action” was needed by the government to improve conditions for thousands of migrant labourers working to construct facilities for football’s showpiece event in seven years’ time.
But Sheikh Saoud said Qatar “already has taken a lot of steps on this” and was improving its record with each sporting event.
“That’s one of the main objectives behind organising big events because when you are dealing with the highest authority for any kind of sport, you always will learn from their experience.”
“I think in Qatar we are advancing day-by-day,” he added.