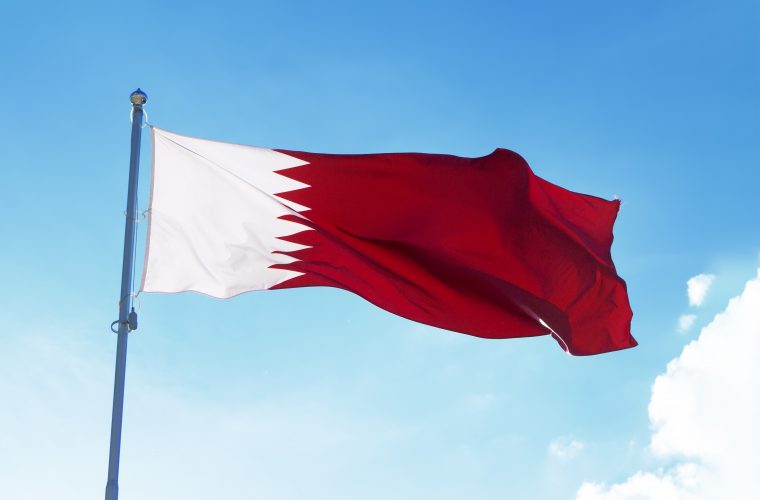 In a statement on Monday, the Ministry of Foreign Affairs said, "Qatar calls upon the Kingdom of Saudi Arabia (KSA) to do the same: to have the courage to submit its allegations and supposed evidence to the scrutiny of independent international bodies and to cooperate with the ongoing Kuwaiti mediation efforts to find an end to this crisis. A resolution to this crisis and the lifting of the illegal blockade imposed upon Qatar since 5 June 2017 will benefit not only Qataris, but Saudis who also have been suffering because of the measures the Government of KSA has taken against Qataris, who are the fathers, mothers, brothers, sisters, students, and friends of the Saudi people."

The statement added, "At a time when all parties involved in the GCC dispute should be cooperating with the Kuwaiti mediation efforts rather than further escalating tensions in the region, KSA released a sudden and unfounded press release on 7 September 2019 that continues to regurgitate the oft repeated false allegations against the State of Qatar. The Ministry of Foreign Affairs in Qatar finds itself obliged to respond to this attempt at twisting the truth, and the release of self-serving and untrue statements."

"KSA's statement alleges that the coercive measures imposed on Qatar and Qataris merely constitute a cutting of diplomatic and consular ties. However, in reality, KSA's unlawful coercive measures have been directed at both Qatar and its people, including closing all land, air and sea borders, expelling Qataris from Saudi Arabia with no basis, including the mass expulsion of Qatari pilgrims during the holy month of Ramadan, and continuing to unlawfully discriminate against Qatar and Qataris in every way possible," the statement added.

"In addition, despite KSA's claims that it welcomes Qataris to enter the country, several incidents of enforced disappearance of Qatari citizens have been reported including the most recent disappearance of a father and son documented by the National Human Rights Committee in Qatar as per the Committee's Statement No. 6 of 2019, upon which Amnesty International on the 3 September 2019 called upon the KSA authorities to reveal their whereabouts."

"It is also unfortunate that KSA insists on reiterating the same baseless accusations around the alleged support of terrorism by Qatar, a country that hosts the Global Coalition Against Daesh, and is a founding member of the Riyadh-based Terrorist Financing Targeting Centre (TFTC) established in May 2017, one month before the imposition of the unlawful measures referred to in KSA's statement."

"While KSA refers to "international law," it has acted in violation of international law at every turn. While KSA attempt to articulate justifications for its conduct, it has acted to avoid real accountability and justice before neutral bodies of the United Nations. The reason for KSA's conduct is obvious: when faced with the possibility of a real neutral investigation and analysis of the facts underlying its conduct, it attempts to evade and to obfuscate," the statement explained.

"For example, in September 2017, Qatar invited the United Nations Office of the High Commissioner of Human Rights (OHCHR) to dispatch a Technical Mission to Qatar and cooperated with the Mission to ensure that the truth would prevail. KSA took the opposite course: it ignored an invitation from the Technical Mission to conduct a similar mission in KSA and refused to engage with other UN bodies.

OHCHR, ultimately published a report in December 2017 which found that the KSA's coercive measures "consisting of severe restrictions of movement, termination and disruption of trade, financial and investment flows, as well as suspension of social and cultural exchanges imposed on the State of Qatar, had immediately translated into actions applying to nationals and residents of Qatar, including citizens of KSA, UAE and Bahrain. Furthermore, the report states that "many of these measures have a potentially durable effect on the enjoyment of the human rights and fundamental freedoms of those affected," the statement pointed out.

The statement further added, "KSA's approach of denial and evasion has not changed, even as the crisis enters its third year. KSA's deliberate and conscious violation of international law, including the protections under the Convention on the Elimination of Racial Discrimination (CERD) led Qatar to submit a complaint before the CERD Committee, an international body of experts charged with ensuring that the CERD is respected by all of the Member States, including KSA, which ratified the CERD on 23 September 1997."

The statement said, "In that complaint, Qatar provided evidence of fundamental and deeply disturbing violations of the CERD. Contrary to what the KSA says in its press release, Qatar has presented actual evidence demonstrating that KSA's "measures have separated young children from parents, husbands from wives, and disrupted families throughout the region. They have arbitrarily and indiscriminately interfered with the most basic elements of daily life for many within Qatar, KSA, and the other States, including their ability to practice their religion, to receive medical care, to obtain an education, and to work and own property in order to provide for themselves and their families-simply because they are Qatari, married to Qataris, the children of Qataris or otherwise linked to Qatar."

"Although KSA announced that it would take into consideration the humanitarian situation of "mixed" families through "hotlines" or other steps, this has proven false. Both the OHCHR and Human Rights Watch have reported that such measures have largely been ineffective, and that in some cases individuals have not resorted to them for fear of retribution or harassment by the KSA Government. KSA also has criminalised certain expressions of "sympathy" for Qatar, including any criticism of or challenges to the KSA's coercive measures, punishable by up to five years in prison. The criminalisation of "sympathy" for Qatar in KSA has curtailed freedom of expression and created a climate of fear for Qataris as well as their non-Qatari friends, relatives, and supporters."

The statement pointed out, "As a reminder, KSA, UAE, Bahrain and Egypt's list of unreasonable and unactionable demands included the closure of a number of media outlets which is a clear violation of the international law obligation to protect and uphold freedom of expression."

"KSA's response to Qatar's evidence was familiar: instead of engaging positively with the CERD Committee and Qatar in an attempt to conciliate the matter and end the suffering of Qataris, it argued that the Committee had no jurisdiction and no competence to deal with the matter."

The statement explained, "Just a few days ago, on 2 September 2019, the CERD Committee released its decision, in which it resoundingly rejected KSA's objections. In so doing, the CERD Committee stated that contrary to KSA's arguments, the CERD requires that "State parties shall ensure that 'non-citizens are not subject to collective expulsion, in particular in situations where there are insufficient guarantees that the personal circumstances of each of the persons concerned have been taken into account,' and 'that they shall avoid 'expulsions of non-citizens, especially of long-term residents, that would result in disproportionate interference with the right to family life." The CERD Committee concluded that KSA's objections "must be rejected."