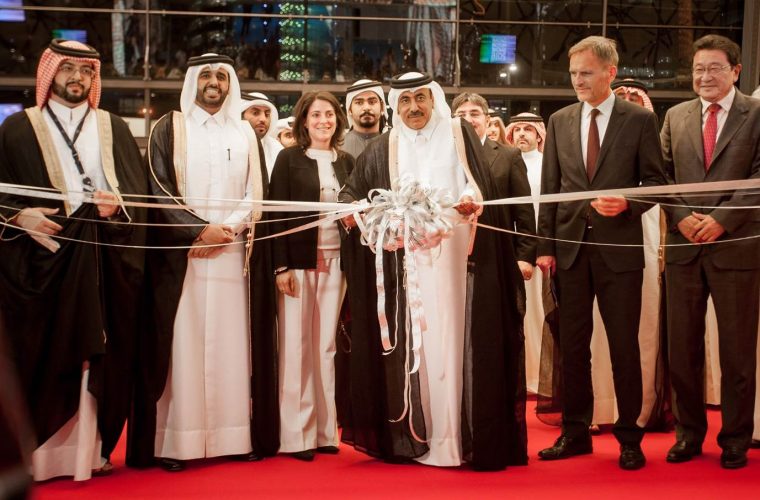 Officials from Qatar Tourism Authority, ELAN Events and Fira Barcelona hosted His Excellency the Minister on a tour of the Show, introducing the wide range of exhibitors and exciting range of new car and motorcycle models.

Prior to the official opening, local, regional and international media were taken on a grand tour of the show, which takes place this week at the Doha Exhibition and Conference Centre and is free of charge for all visitors to attend. Visitors are advised to register in advance to avoid queues on www.qatarmotorshow.gov.qa.

Among several new models, Qatar’s first concept car was also revealed. Texas A&M at Qatar graduate Abdulwahab Ziaullah conceptualised the car during his undergraduate research and the model has been brought to life for the first time in partnership with Ali Bin Ali Group.

Dr. Hassan S. Bazzi, Qatar assistant dean for research at Texas A&M, commented: "Texas A&M at Qatar places great value on student-driven research, which enhances the instruction students receive in the classroom to apply those learned concepts to real-world problems and explorations. We are grateful to the Qatar National Research Fund’s Undergraduate Research Experience Program, which supports our vibrant, active undergraduate research program and makes possible results such as this concept car we are celebrating today. And we thank our partners Ali Bin Ali for their vision in supporting innovation and entrepreneurship in nurturing young talent in Qatar.”

Ali Bin Ali Group also confirmed its commitment to support innovation and excellence in education in Qatar by showing its full support in developing the nation’s first concept car. Under the guidance of our Chairman and President, Mr. Imad Hashim, Group Corporate Communications said: “We believe in keeping our doors open to mentor young people and expose them to the realities of the competitive and the professional world. In-line with our country’s National Vision, we put a great emphasis on human capital and in contributing to the creation of a diversified and knowledge-based economy and congratulated Texas A & M University at Qatar and the participating students for taking part in the research experience and for creating the first sports car to be designed in Qatar.”