Qatar Crisis: Everything that's happened in the past week 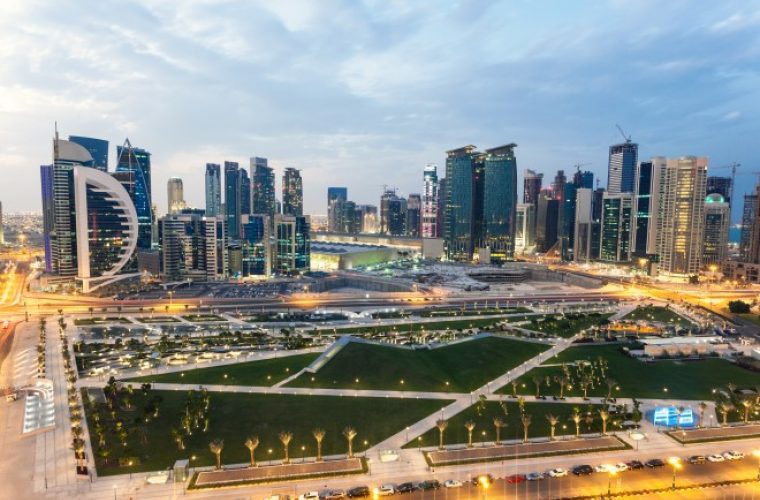 US Secretary of State, Rex Tillerson visited Qatar and said that Qatar has been quite clear and reasonable in its positions.

Qatar signed a Memorandum of Understanding on terror financing with the US. According to US Secretary of State, Rex Tillerson, the agreement had been under discussion for three weeks. The memorandum discusses the steps that all countries will take in the future to disrupt and disable terror financing and intensify counter terrorism efforts. The Saudi-led bloc later said that the terror deal signed by Qatar with the US is not sufficient.

A spokesman from the Egyptian Foreign Ministry said that Qatar should not be a part of the coalition against ISIS, led by the US, saying that “it is unacceptable for the coalition to have member states that support terrorism.”

More Turkish troops have arrived in Qatar after the legislation to deploy soldiers in Qatar was fast-tracked by Ankara last month.

Since the Qatar crisis began, Turkey has sent nearly 200 cargo planes in addition to trucks and a ship to make meeting daily needs easier for Qatar.

The Foreign Minister of the UAE, Anwar Gargash reportedly accused Qatar-based media network Al Jazeera of “promoting anti-Semitism violence by broadcasting sermons by a spiritual leader of the Muslim Brotherhood.”

US Secretary of State, Rex Tillerson, made an unexpected second visit to Qatar after holding talks with GCC countries with regards to the crisis and held talks with the Emir and the Foreign Minister

US Senator and Chairman of the US Senate Foreign Relations Committee, Bob Barker, saidthat Saudi’s support for terrorism “dwarfs” what Qatar is doing.

The Human Rights Watch said that the isolation of Qatar is causing severe violations of rights by hindering freedom of expression, separating families and interrupting medical care.

The UAE Minister for the Federal National Council reportedly said in an interview that the Emirates sought a “fundamental change and restructuring” of Al Jazeera rather than a complete shut down of the organization. She said that Qatar can continue to fund a TV channel but not one that provides a platform for extremists. She added that the Saudi-led bloc is open to a diplomatic solution.

US Secretary of State, Rex Tillerson said that his diplomatic work in the Gulf may encourage diplomatic talks but said that the resolution of the crisis “may take a while.”

An Egyptian coach was suspended for refusing to give interviews to a Qatari news network and later covering their mics while giving interviews to others.

UAE Minister of State for Foreign Affairs, Anwar Gargash wrote on Twitter that “We are headed for a long estrangement,” regarding the severing of relations with Qatar.

A British Navy vessel arrived in Doha to participate in a joint exercise with the Qatari Emiri Navy and the British Royal Navy.

President of the US, Donald Trump reportedly told a news channel that the US will maintain good relations with Qatar and will not be moving the American base out of Qatar.

The Foreign Minister of France, Jean-Yves Le Drian visited Qatar and met with his counterpart, Sheikh Mohammed bin Abdulrahman Al Thani. He expressed his concern for the humanitarian consequences of the blockade said that it is not “benefitting anyone and is against everyone’s interest.”

The Chairman of the NHRC, Dr. Ali bin Samikh Al Marri met with Assistant Secretary General of the UN to discuss the human rights violations the citizens of Qatar are being subjected to as a result of the blockade.

The Washington Post reported that the UAE was behind the hacking of a Qatari news agency and social media sites that sparked the current crisis. The Post reported that information gathered by US intelligence agencies confirmed this news. The Foreign Minister of the UAE was quick to respond that the allegations are “untrue” and added that news that had been circulating about the UAE and five other nations asking for Qatar to be stripped of the FIFA World Cup 2022 was also false.

What do you think of these latest developments? Let us know in the comments below! And don't forget to give us a like and a share—it keeps us going!