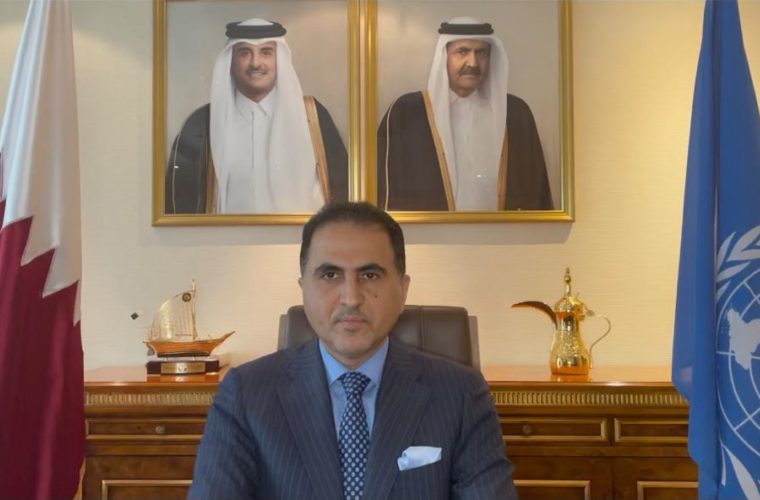 This came during the speech of the State of Qatar read by H.E. the Permanent Representative of the State of Qatar to the United Nations in Geneva Ambassador Ali Khalfan Al Mansouri, at the 47th session of the Human Rights Council, during an interactive dialogue with the UN Special Rapporteur on human rights in the Palestinian territories occupied since 1967, under the seventh article of the Council's work.

Al Mansouri said that his country's delegation thanks the special rapporteur, and condemns the Israeli authorities preventing his entrance to the occupied Palestinian land. He added that the incident proves their continued disregard of international law.

His Excellency added that they strongly condemned the systematic Israeli violations committed against the Palestinian people that were mentioned in the report. Qatar also condemned the series of ethnic cleansing crimes, the oppression, the murder, and the unjust siege of Gaza that is clear for the international community to see and documented by the United Nations and rights organizations. The State of Qatar called on the international community to assume its responsibility in implementing the recommendations mentioned in the report.

He added that the State of Qatar reiterates its support of the Palestinian people until they regain their rights based on international law and the Arab Peace Initiative, which includes the right to self-determination, the right of return, and establishing an independent state with East Al Quds as its capital. The State of Qatar also reiterated its commitment to providing all types of humanitarian aid and relief to the Palestinian to alleviate their suffering, the latest of which was allocating $500 million towards the rebuilding of Gaza.

He stressed that all international efforts taking place to reach a ceasefire will not yield any results unless the root causes, represented in ending the Israeli occupation and the human rights violations as well as the crimes of apartheid and the policies of illegal settlement, are addressed.