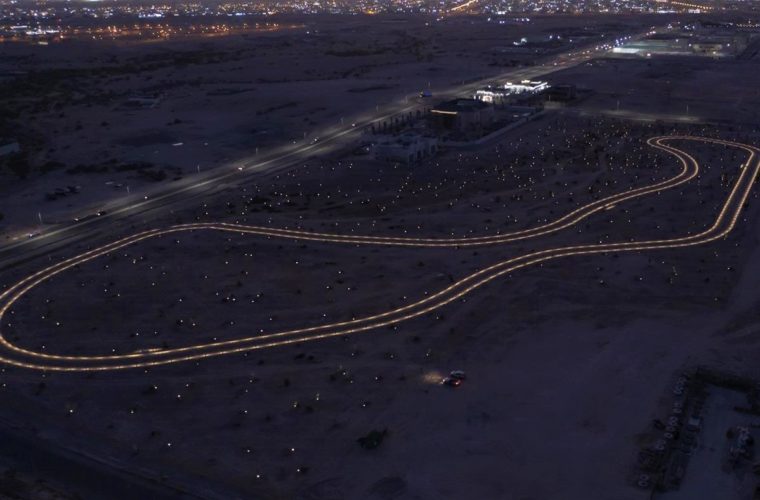 In cooperation with the Supervisory Committee of Beautification of Roads and Public Places in Qatar, the Public Works Authority (Ashghal) announced the completion of the implementation and development works on Al Wadi Park Natural Reserve in Al Wajba East. The announcement took place during an event on Monday, 14 February 2022.

The project reflects Ashghal’s efforts to improve public services facilities across Qatar and in line with its strategy to achieve environmental sustainability. The event included a tour around Al Wadi Reserve, followed by a brief explanation of the advantages and components of the project. The attendees then participated in planting the seeds of a number of Qatari wild plants at the site.

On this occasion, Eng. Saoud Ali Al Tamimi, Roads Projects Department Manager at Ashghal, stressed the importance of developing Al Wadi Park Natural Reserve and its key role in maintaining the environmental balance and protecting the wildlife and plants. He added that the project is part of Ashghal’s constant efforts to expand green spaces in Qatar and provide a healthy outlet for families and individuals.

Eng. Muhammad Arqoub Al Khaldi, Chairman of the Supervisory Committee for the Beautification of Roads and Public Places in Qatar, stated that the committee attaches great importance to wildlife and natural habitats, through preserving, developing and protecting the wildlife from extinction. These efforts aim to provide a better future for the coming generations, and to preserve local plant species and using them sustainably.

“The project provides many advantages, the most important of which is contributing to achieving environmental balance while protecting and maintaining ecosystems and their components. Natural reserves maintain the existence of sustainable wildlife, develop environmental stability in natural areas, resist drought, protect soil from erosion and reduce carbon emissions. An area of 102,000 m2 of trees of local species were planted in Al Wadi Park Natural reserve, such as Lycium Barbarum, Ziziphus Spina-Christi (wild sidr), Acacia Tortilis, Boswellia Sacra, Acacia Ampliceps, Albizia Lebbeck (Ficus), Jerusalem Thorn and other trees that fit the natural environment of Qatar to enhance the identity of the reserve.”

"We thank those in charge of Al Wadi Park Natural Reserve project, which was implemented in a way that simulates the natural wild system, with paths for walking, cycling and benches to enjoy the beautiful landscape.”

Mr. Talib Khalid Al-Shahwani, Director of the Department of Protection and Wildlife at the Ministry of Environment and Climate Change said:

"The natural reserve will benefit the citizens, the state and the land itself by contributing to combating desertification and climate change and providing a natural recreational space for the area residents. It also provides an opportunity for future generations to learn about Qatari wild plants with their different names and forms and encourage them to preserve and enhance this heritage.”

Eng. Fahad Al Otaibi, Head of Western Areas Projects at Ashghal's Roads Projects Department, stated that the main works that were implemented included enhancing green areas by planting 836 trees, while providing lines for the irrigation network. This is in addition to constructing a 1.5 km metal fence around the reserve and three gates to the North, South and East of the reserve to facilitate access to it. The reserve was also provided with benches for visitors, bicycle parking spaces, an advanced lighting system and two prayer areas.

Eng. Fahad Al Otaibi stated that project works included the construction of 1.1 km of pedestrian and bicycle paths and 1.1 kms of jogging paths, with the aim of encouraging sports activities within a natural and healthy environment.

“The main idea of the project’s design is to preserve the rocky and natural landscape of the reserve, taking into account the existing troughs and hills, which were not affected by the main works that were implemented. In addition, pedestrian, jogging and bicycle paths were implemented without affecting the valley’s path and its rainwater stream, since more than 90% of the excavation works were carried out manually. With the aim of enhancing the reserve’s identity, local trees that fit the natural environment of Qatari were planted to contribute to decreasing the effects of climate change, achieve environmental balance and become an environmental legacy.”

"We are pleased to participate with the Public Works Authority today, in cooperation with the Supervisory Committee of Beautification of Roads and Public Places in Qatar, in announcing the completion of a new reserve, which is considered a continuation of to the “Plant Million Trees” initiative, and will greatly contribute to enriching biodiversity and wildlife in the State of Qatar.”

"The reserve is unique and new of its kind as it provides paths for pedestrians and bicycles among the distinguished wild trees. Providing more of these reserves will provide a source of knowledge and Qatari environmental culture, especially for students and researchers. These reserves also enhance the connection of man to his environment and raise its value not only in land areas, but also in cities and Qatari homes.”

"The natural reserve includes all kinds of Qatari wild plants, which tolerate high temperatures and saline soil. We hope to implement the project idea in all regions of Qatar. For our part, we will contribute to providing seedlings of Al-Arfaj, Al-Ramth, Al-Abal and Al-Markh and planting them at the beginning of next season.”

“We appreciate the efforts of the project team from Ashghal and the committee, which is an achievement we are proud of. The project is new of its kind as all the trees and plants that were planted in the reserve are wild plants, and are provided with water lines and all needs, in addition to pedestrian and bicycle paths to serve the visitors and residents of the area.”

As for Mr. Saadoun Al-Ghanim, a local dignitary, he said:

"We thank the authorities responsible for protecting the area, which was originally a wild, natural valley, as it has been rehabilitated, protected and transformed into a natural reserve. We hope that this reserve will be the nucleus of new reserves within residential neighborhoods.”

For her part, Mrs. Aisha Al-Maadeed, Owner of the Green Future Initiative, said:

"The presence of natural reserves is very important to preserve renewable environmental resources, and its benefits include achieving ecological balance, protecting and maintaining ecosystems and their components, in addition to resisting drought, protecting soil from erosion and reducing carbon emissions."

Features of Al Wadi Park Natural Reserve project in Al Wajba East, implemented by #Ashghal in cooperation with Supervisory Committee of Beautification of Roads and Public Places in #Qatar pic.twitter.com/4ogkKOUuak

Al Wadi Park Natural Reserve project, in cooperation with the Supervisory Committee of Beautification of Roads and Public Places in Qatar, is part of the Roads and Infrastructure Project in Al Wajba East (Package 1), which the Public Works Authority ‘Ashghal’ began implementing in Q3 of 2020.

In addition to developmental works on the reserve, the project includes implementing a 17 km roads network to enhance the traffic flow and provide connection with the future public facilities in the area. This is in addition to providing traffic safety elements, such as street lighting systems and poles, directional signs and road marking. The project will also provide 34 km of shared pedestrian and cycle paths, and 2,570 parking areas.

As for infrastructure services works, the project includes a 14-km-long sewage network, a 16.6-km surface and groundwater drainage network, a 10.7-km TSE network, in addition to extending potable water pipes and connecting them to the main drinking water network.

The project serves 368 citizens’ subdivisions in Al-Wajba East. Project works are scheduled to be completed in Q2 of 2023, as the progress of works has exceeded 40% so far.
Within the framework of supporting local materials and manufacturers, the target is for the local component to reach 70% of the project's work. Materials such as lighting lamps, directional signs, sewage and rainwater drainage pipes, asphalt, and prefabricated manholes, in addition to concrete and steel reinforcement and other materials will be supplied from local Qatari manufacturers.

The Committee works in coordination with several ministries and entities in Qatar such as the Ministry of Municipality, Ministry of Environment and Climate Change, Ministry of Transport, Ministry of Culture, Qatar Museums Authority, Qatar Railway Company, Private Engineering Office and others. It aims to humanize cities with its vision to create a balance between people and the environment and change the car-dominated culture into a pedestrian and cyclist-friendly culture. The Committee’s main responsibility is to provide public services and spaces that promote a healthier lifestyle, aiming to achieve a joint vision with other common stakeholders.

To achieve our common goal, the committee works hand in hand with them to increase the amount of green areas in cities and residential neighborhoods, provide safe lanes for pedestrians and cyclists, and develop outdoor leisure destinations such as plazas and public parks and beaches. This is in addition to developing Central Doha and the Corniche. Furthermore, work on developing the public realm by adding street furniture, bicycle parking spaces and adding decorative street lighting, as well as displaying artworks and sculptures to enhance outdoor spaces. 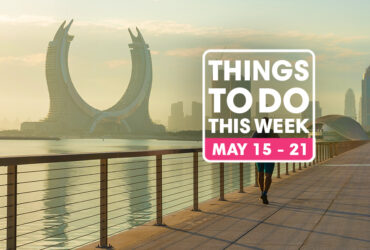 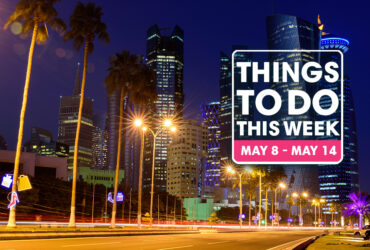 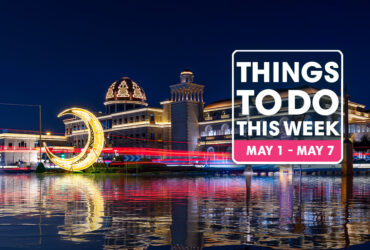 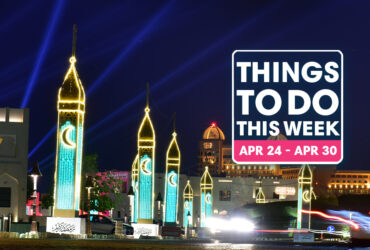