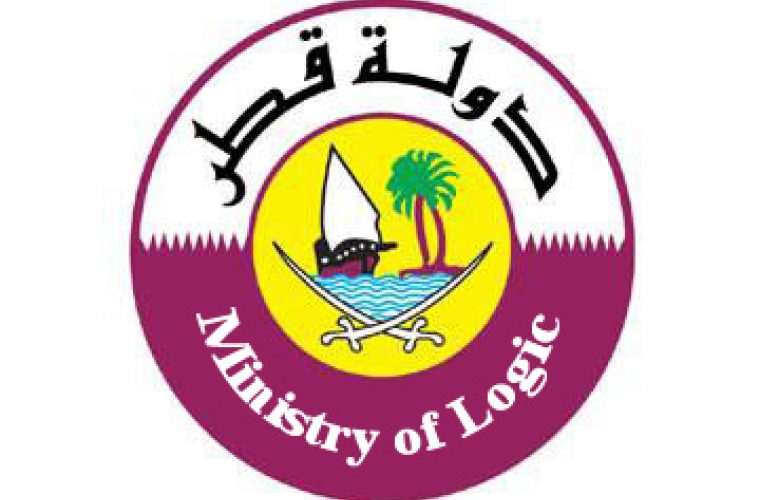 Mr. Bassam Al Muharaj ( بسام المهرج)made a special announcement today in Qatar that is said to improve the state of the nation drastically in the coming years. The Ministry of Logic was recently opened in Al Ghashmara road in hopes of rejuvenating a sense of faith in the progression of infrastructure development. Al Muharaj gave a few examples during his explanation, "Should a law wish to be created where a person had to build a house in order to apply for a land to build that house, then it would be rejected on grounds of inappropriate use of logic.". The Qatari Ministry of Logic is said to have recently been set up due to the massive amount of irregularities emerging from existing Ministries operations. Three reports had concluded that there are issues with infrastructure. national projects, and day to day activities. A recent survey found that the communities' top three complaints were 1) The fact that roadworks takes an average of 6 years only to be destroyed to make way for a future project 2) That skyscrapers, towers, and commercial districts were built with no parking areas 3) Prison sentences did not have any logical pattern in terms of judgement. Mr. Al Muharaj was kind enough to point out that the Ministry of Logic would act as a filter before other Ministries and Authorities could act. He was also quite proud of the fact that the team put in place were amongst the brightest in the world. Recently it was reported that projects such as Qatar Cool, which was supposed to be both an environmentally friendly solution to central cooling as well as a cost effective alternative to standard split unit air condition, simple did not make sense. Prices were found to be up to 30% above an average electricity and water charge and the cost of piping and connections was 5 times higher than installation of split units. It was also found that from an environmental perspective, although carbon emissions although reduced from areas that we centrally cooled, the location of Qatar Cool's facility actually produced more carbon emissions equally as high. The Ministry of Logic's role would be to ensure that projects such as these are studied and thought through carefully. Mr. Al Muharaj said, 'Not only are we proud of this new initiative, but we are are also taking measures to create the correct policies and procedures in place to ensure that adequate logic is injected into projects related to the country and it's people. We have in fact created a new policy for what is the correct method of creating the correct policies and procedures and will ensure that a study is created to measure the effectiveness of our policy.'. Mr. Al Muharaj would not comment on the necessity for the creation of the Authority of Redundancy and Bureaucracy Authority Bureau. All comments and suggestions can be emailed to the Ministry of Logic. The email may be obtained by faxing 4478339222 with a request. ILQ News