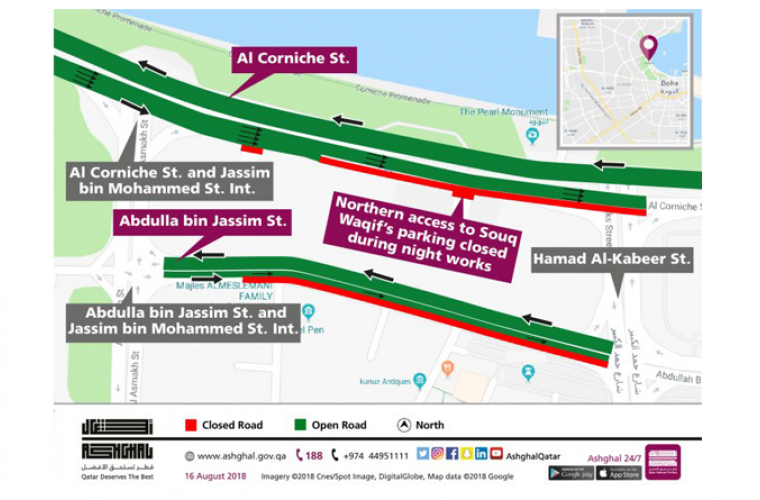 The closure will start on Monday and will last for two months, in coordination with the General Directorate of Traffic. During this period, entrances and exists to the Northern side of Souq Waqif’s parking will be closed during the night works only.

The remaining lanes on Al-Corniche and Abdulla bin Jassim Streets are open to traffic during the closure period, as shown on the attached map.

Ashghal has requested all road users to abide by the speed limits, and follow the road signs to ensure their and others safety.