Over 15 people hospitalized on first night of Ramadan 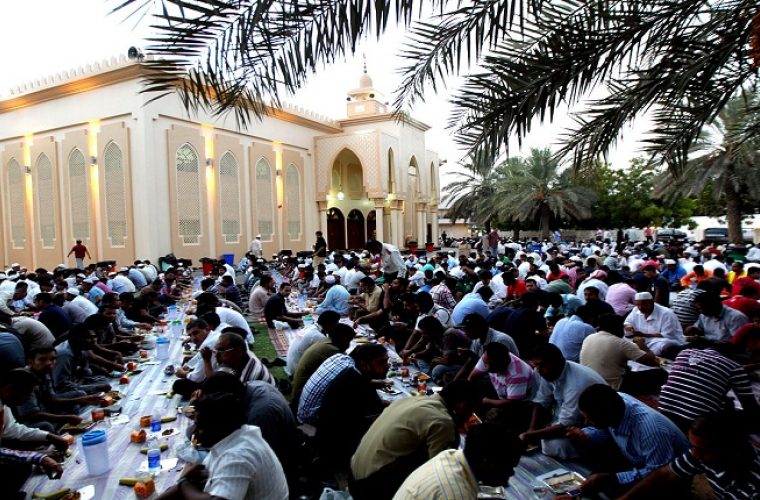 Qatar 12th July 2013 : Qatari hospitals have begun receiving scores of patients suffering severe abdominal pains as a result of overeating during the first night of Ramadan, with an average of up to 15 patients expected to be admitted each night during the holy month. “Most of the cases at the emergency room during Ramadan are gastritis, we see between 10 to 15 cases of overeating every day,” a medical staff member at Al Ahli Hospital said, the first night of the holy month of Ramadan. “They generally start arriving at the emergency room around 8-8:30pm in severe gastric pain and with repeated vomiting. They can’t stop vomiting without medication because there is an inflammation of the mucosa of the stomach,” the staff member said. Patients were treated with intravenous injections of a mix of medications including painkillers, anti-inflammatory drugs and emetics. Last year, over 100 people were admitted to the emergency department of a Doha hospital suffering from abdominal pains after the first night of Ramadan, with other patients also suffering the effects of dehydration and kidney problems. “Usually during summer we receive many patients having GE (gastroenteritis) and because many people tend to eat a lot during Ramadan, they usually fall victim to foods that are not properly stored and which have got some bacteria accumulated on it. The people then suffer diarrhoea, stomach upset and vomiting after eating such food,” Dr Warda Ali Al Sadd, chief consultant of the emergency department at the Hamad Medical Corporation told the Doha-based Gulf Times newspaper last year. “We have also received many patients suffering from renal colic due to a combination of dehydration, hot weather and fasting and triggered by their kidney or urethral stones,” Al-Sadd added. During the first week of Ramadan in 2011, reported figures showed that 7,700 cases of fasting-related illnesses were registered at the emergency department of Hamad Medical Corporation (HMC). A report this week by the United Nations found populations in the Gulf have been rated as among the fattest in the world, with almost half of adults in Kuwait classed as obese. The State of Food and Agriculture study said that rising obesity rates could cost the global economy $47trn over the next two decades, due to loss of labour productivity and fees associated with treating lifestyle diseases such as diabetes and heart disease. Kuwait led the way with the highest proportion of obese adults in the GCC, with 42.8 percent falling into this bracket in 2008, followed by Saudi Arabia at 35.2 percent. In the UAE, 33.7 percent of the population were identified as having a serious weight problem, while in Qatar it was 33.1 percent and Bahrain 32.6 percent. The report said that the prevalence of overweight and obese adults was rising in nearly all regions, with the global average increasing from 24 percent in 1980 to 34 percent to 2008. Source : Qatar Chronicle