New vehicles registration to be valid for three years 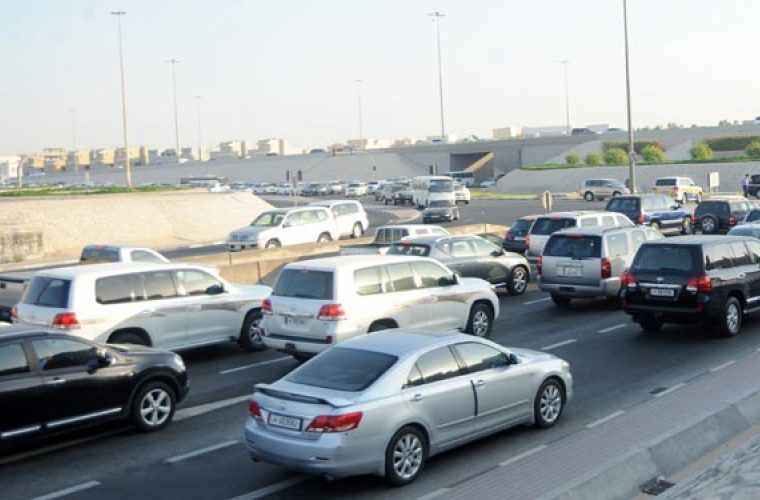 New private motor vehicles will be issued registration valid for three years, according to an amendment to Traffic Law No. 19 of 2007 that the Cabinet approved on Wednesday.
Previously, owners had to renew the registration of their new vehicles every year, though they were exempted from the mandatory technical inspection for the first three years.
Following the Cabinet’s regular meeting, HE the Deputy Prime Minister and Minister of State for Cabinet Affairs Ahmed bin Abdullah al-Mahmoud stated that a draft law amending some provisions of the Traffic Law as promulgated by Decree-Law No. 19 of 2007 would be issued after reviewing the Advisory Council’s recommendations.
The amended law stipulates that vehicles “relating to” ministries, government agencies, public institutions, diplomatic corps, international and regional organisations, sports clubs and federations and other bodies decided by the Minister shall be issued registration valid for two years.
Under the new law, vehicles cannot be displayed for sale at parking areas, sidewalks or open fields without a written permission from the licensing authority. The authority shall remove the violation, and the offender shall pay the costs of removing the violation.
Car rental companies , motorcycles rental and sales offices, vehicle showrooms, shops selling items for car decoration and garages shall not start their activity before obtaining a licence from the authority concerned, HE al-Mahmoud said. The executive regulations of the law stipulates the conditions and procedures to obtain this licence.
The draft law comprises special provisions for the seizure of vehicles and reconciliation for specific crimes defined in the reconciliation list. It has modified the point system for traffic violations and the conciliation table for traffic crimes.
The amendment has made it necessary to obtain a written permission from the licensing authority before any hindrance to the movement of traffic or pedestrians is created.
Under the amendment, motor vehicles, except motorcycles with a capacity of less than 50 cc, shall be driven only after they are registered, and obtaining a traffic licence. The licence shall be valid for one calendar year.
HE the Prime Minister Sheikh Abdullah bin Nasser bin Khalifa al-Thani chaired the Cabinet’s regular meeting on the Emiri Diwan premises.
The cabinet also took the necessary measures to issue a draft law amending some provisions of the customs law issued by Law No. 40 of 2002 after examining the recommendation of the Advisory Council.
According to the bill, employees of the General Authority of Customs are considered “judicial control personnel” during their work and within their powers.
The meeting took the necessary measures to issue a draft law annulling Law No. 14 of 1987 on imposing a fee on the issuance of certificates issued by the Ministry of Education.
In addition, the cabinet approved joining the database of the European Civil Aviation Conference’s Aeronautical Information Service. It also approved Qatar Financial Markets Authority’s accession to the Association of National Numbering Agencies.
The cabinet took the necessary measures to ratify a memorandum of understanding for cooperation in the field of education between the Supreme Education Council and Cuba’s Ministry of Education.
Additionally, the cabinet ratified a draft agreement on air transport between the governments of Qatar and Kuwait as well as a draft memorandum of understanding for cooperation in the field of education, higher education and scientific research between the governments of Qatar and Moldova.
Finally, the meeting reviewed a draft decision by the Minister of Municipality and Urban Planning on conditions and technical standards for buildings and facilities used by people with disabilities, and took the necessary measures in this regard.