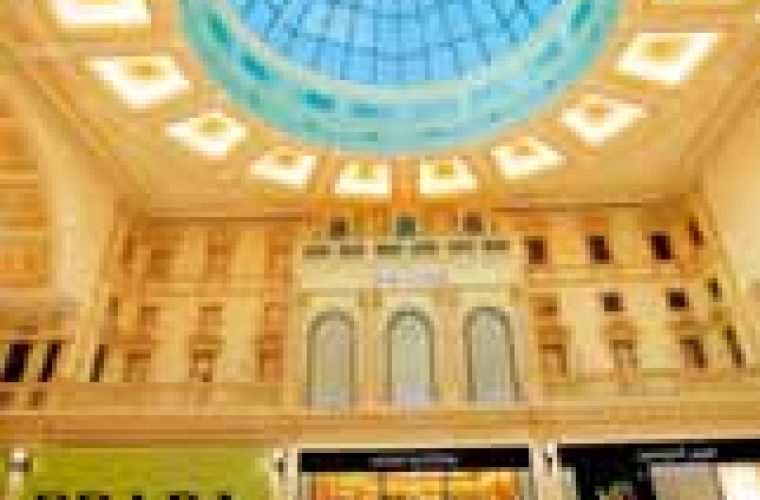 Doha • The world’s most recognizable luxury brand, has opened its first store in Qatar. The first store to open in the “luxury” extension of the Villagio Mall, the French brand best known for bags and luggage is scouting other locations in Qatar for future outlets. Jean Marc Gallot, President of Louis Vuitton for Europe, yesterday presided over the official opening of the boutique which has a women’s and men’s section, a specialized jewellery and watch “lounge” as well as an extended selection of the brand’s shoes and sunglasses. “As Qatar is aiming to become a role model for economic and social transformation in the region, and faithful to its pioneer spirit, it was natural for Louis Vuitton to develop itself in Doha,” Gallot said yesterday. Gallot revealed the company had been looking at Qatar for “some time” but had wanted to find the “right location” for the boutique including having a stand alone store before settling on the new wing of the burgeoning mall. He said the country already had a “well developed market” for Louis Vuitton goods with many residents and Qataris already loyal to the brand by shopping in the US, Europe, Dubai and Saudi Arabia. “This is our first step in Qatar,” he said. “There is huge potential in Qatar. There is an element of surprise in the store … it’s not just about leather goods.” Gallot said the company was known for its’ “pioneer spirit”. “A mix of ambition, curiosity and humility,” he said. “We don’t pretend to know everything about Qatar…we are here to learn, to listen and discover,” Gallot said. “We expect some more store…and to grow together here in Qatar. It was extremely important to see the potential of customers coming from Qatar.” The store, occupying 239 square metres in the premier position in the new extension to the mall, will officially open its doors to the public on Monday. Gallot said the prices and range available in the store would be “on par” with Europe but the company would also offer its “bespoke” services including personalised luggage trunks for customers. Villagio’s much anticipated “Luxury Extension” is expected to open more boutiques in the coming weeks and months. Among those brands opening stores are Gucci, Spanish leather goods manufacturer Loewe, Tods and Dolce and Gabanna. The Pen