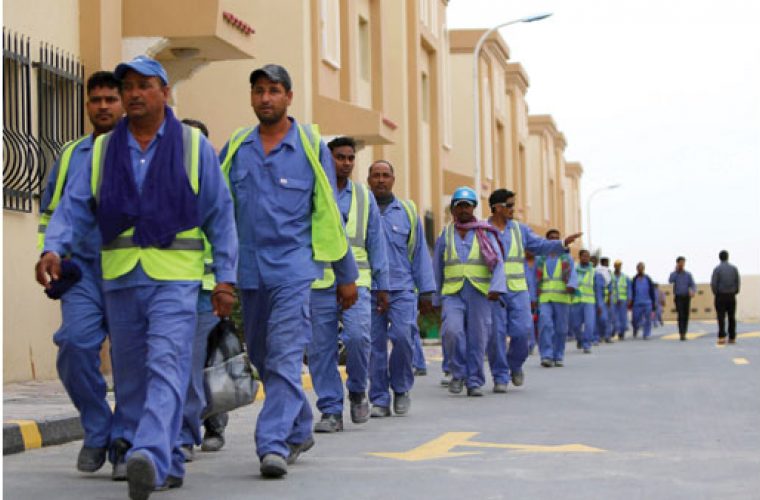 Qatar is to build seven “cities” to house more than a quarter of a million migrant labourers building major infrastructure and projects for the 2022 World Cup, officials said yesterday.
They said all seven should be built by the end of 2016 and that the largest, “Labour City” for 70,000 people and complete with its own 24,000-seat cricket stadium, would begin housing workers in the next few weeks.
The move to construct more modern facilities comes amid continued concern for the accommodation provided for the vast number of migrant workers in the state.
In total, 258,000 workers - some 25% of Qatar’s migrant labourer population - will be housed, officials said.
HE the Minister of Labour and Social Affairs Dr Abdulla bin Saleh al-Khualifi told AFP the new accommodation centres were the “future”.
“That’s the blueprint,” he said of Labour City.
“There are in the pipeline (several) cities around the nation. I know our people want to have better accommodation for their labourers.”
Al-Khulaifi added that Qatar had effectively doubled its number of housing inspectors to 300, and that should increase to 400 soon.
“We have labour accommodation standards and we are monitoring them and penalising those who are violating (the rules),” he said.
“Our business community knows we are taking it very seriously.”
The cities, a mixture of government and private sector accommodation, will be built across Qatar, from the fringes of the capital Doha to one in the north.
Most will house around 28,000 workers.
Al- Khulaifi said there was no final figure for how much the projects would cost.
However, Labour City, with 55 buildings including a mall, clinic and the second largest mosque in Qatar, cost QR3bn ($825mn) to build.
Most workers who will end up living there will be transferred from other accommodation centres in Qatar, but officials have said the number of migrant workers in the country will more than double to 2.5mn two years before the World Cup.
Human Rights Watch researcher Nicholas McGeehan called the plan to build new accommodation a “useful step”, adding “we don’t want anyone housed in degrading conditions that we still see far too often in the Industrial Zone”.