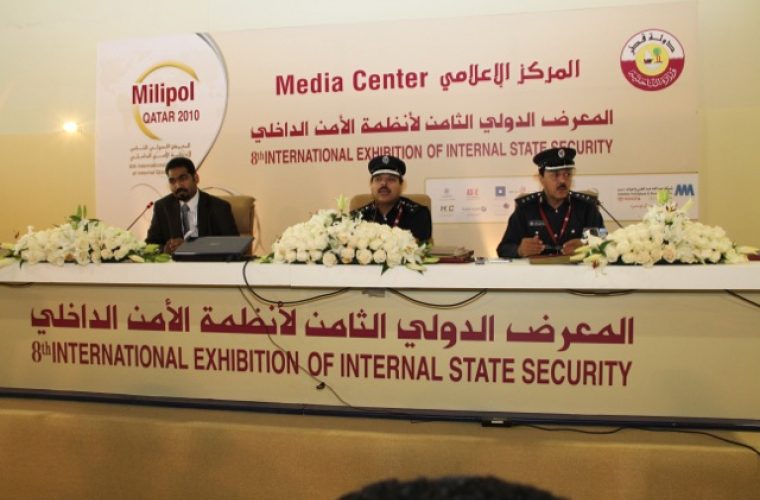 MOI Signs 3 More Deals Worth QR 31.78 Million
Doha: The chairman of Milipol Qatar Committee Brigadier Naser bin Fahad Al Thani announced that the Ministry of Interior has signed 3 more deals worth QR 31,782,028 with 3 different companies. The 3 deals were meant for delivery of 4 fire engines equipped with latest fire fighting and rescue devices, equipments for manufacturing car number plates and 50 different types of cars for general services use. "The Ministry has concluded a deal with Hamad Trading Company for a value of QR 17,882,830 for supplying 4 fire engines equipped with latest fire fighting and rescue devices. The Ministry expects the delivery early next year", said Col. Saud Rashid Al Shafi, member of the Milipol Qatar Committee at press conference yesterday. The company's sales Manager K.T.K. Muhammed said that the fire engines will be equipped with 'stairs' with height of 32m and 55m to rescue people from high-rise buildings. The engines can be used in high-rise and underground operations alike, he said. Col. Al Shafi disclosed that the second deal was signed with Saud bin Khaled Trading Company for an amount of QR 11,323, 198 for supply of number plate manufacturing machines for the traffic department. He also said that the company will deliver machines for plate printing and raw materials used for that before the end of this year. The number plate will be in new format shortly, he mentioned. The Company representative expressed his happiness over this new partnership with the Ministry of Interior adding "Our Company enjoys an expertise of more than 50 years and we are dealing with more than 100 countries across the world". "The third contract was signed with Hamad Salih Al Mana' Company for supplying 50 different types of cars for using in general services of the Ministry. The value of the deal is QR 2,575,000", said Col. Al Shafi. On the other hand, the director of Traffic Department Brigadier Mohammed Saad Al Kharji said that Milipol Qatar 2010 has witnessed a steady development in terms of exhibitors and advanced security equipments. The volume of deals concluded during the exhibition is the best proof for that, he said to the press reporters during his visit to the exhibition yesterday. "The Traffic Department seeks to update its services and equipments. The exhibition is the best opportunity to know the latest equipments and programs that will serve the Traffic Department", he added. He also said that by following on latest equipments in the world, new contracts will made in future. "In the filed of radars, it is programs and applications that are newly introduced, rather than equipments. The department is following on these programs to update its deivces", he mentioned. Regarding the introduction of point to point radar system in Qatar he said "The system that monitors motorists who tend to speed up between two radar points is under study and it will require a large number of radars". The 8th edition of the Milipol Qatar 2010 Exhibition wrapped up yesterday evening at Doha exhibition centre. Qatar's Ministry of Interior signed 11 contracts worth QR 163 million and 883,000 riyals during the Milipol expo 2010.