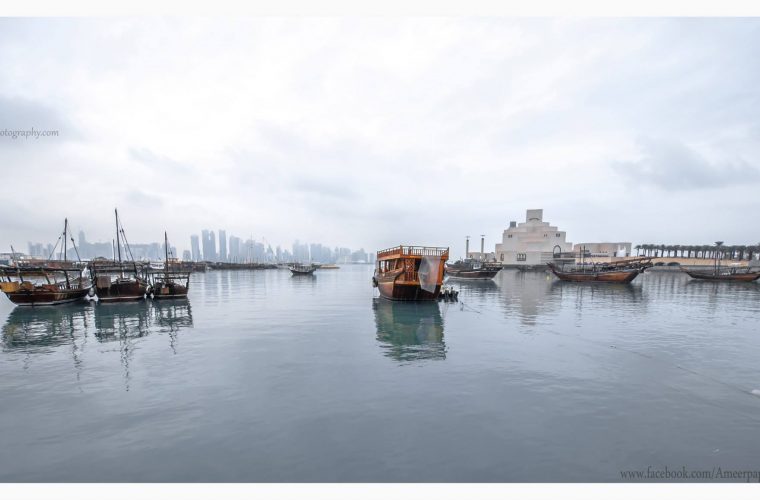 The Meteorology Department has forecast scattered rains for today, accompanied by strong northwesterly winds and a sharp drop in temperatures. The mercury in Doha could drop between 10 degrees Celsius and 18 degrees Celsius, (from between 15 degrees and 21 degrees Celsius yesterday). Temperatures could dip between 10 and 17 degrees Celsius in Al Khor and Dukhan, making them the coldest places. The forecast said that today will be partly cloudy and relatively cold during the day and very cold by night. According to Abdulla Al Mannai, Head of Forecacasting and Analysis Section at the Qatar Meteorology Department, rains will continue until noon today with cold weather and temperature could dip below 10 degrees Celsius in some places outside Doha. The cold weather will continue for the next 48 hours, he added and advised the public to take precautions to protect themselves from the harsh weather. The weather bureau said northwestern wind speed could be as high as between 12 to 18 knots, and up to 22 knots offshore. However, the harsh weather conditions have not made any impact on flight schedules for today. Meanwhile, some parts of the country witnessed light to heavy rains throughout the day yesterday and interrupted daily life. Due to heavy and intermittent rains, several residential areas were water-logged and cars seen wading through. Also the fifth Qatar International Festival of Falcons and Hunting 2014 which opened at Sabkhat Marma in the Sealine area off Mesaieed on Thursday has postponed its competitions until further notice due to rains. The Ministry of Interior (MoI) on social media has advice motorists to take precautions while driving to prevent accidents. Photo: Ameer Abdul Razak http://thepeninsulaqatar.com/news/qatar/267989/met-department-forecasts-more-rains-for-today