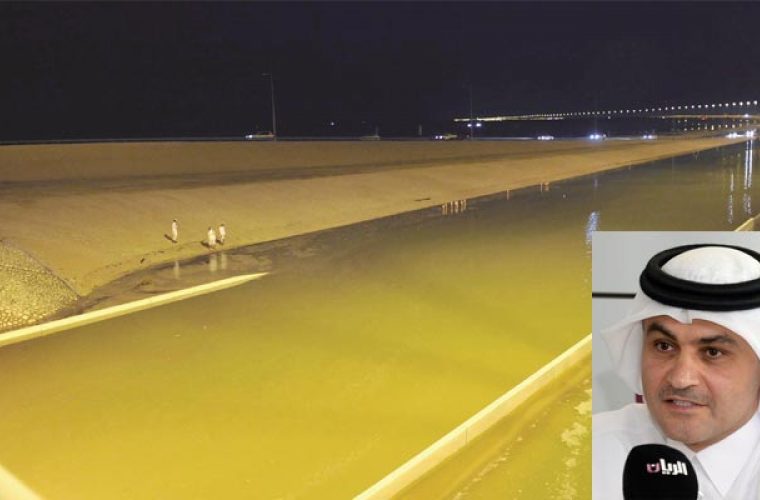 Ashghal, the Public Works Authority, says it will take effective steps to ensure that highways are not flooded during rains, as happened near Interchange 42 (Lebsayyer) on the Doha-Dukhan Expressway on September 11.
"The flooding in question was ‘a rarest of the rare incident’ and it had nothing to do either with the construction or design of the road as reported in a section of the media," Ashghal president and senior engineer Nasser Ali al-Mawlawi said on Monday.
Heavy rains had caused severe flooding near the interchange, forcing a traffic diversion for several hours on the busy highway connecting Doha with the western side of the country.
"Adequate preparation has already been made to ensure there would not be a repeat of the incident in future on account of such eventualities," he assured.
The top Ashghal official said the construction of the stretch of the Dukhan Expressway began in 2005 and the road opened in 2008. But nothing of the sort had happened until the flooding incident on September 11.
There were two more interchanges in the areas closer to Lebsayyer Interchange, but no damage was reported at either of them, he said. Subsequent visits and investigations by teams consisting of senior engineering professionals found that the flooding happened only due to the intensity of the rains.
At a media briefing on Monday, Ashghal authorities also showed photos of the heavy rains taken by motorists which revealed driving was extremely difficult through the stretch when the flooding occurred.
Al-Mawlawi said there were two lagoons in the southern neighbourhood of the flooding area and they were not able to hold the rain water.
"The flow of water from the rain was much more than what the lagoons could contain," he recalled. It is understood the lagoons have the capacity to store no less than 28,000 cubic metres of water.
Further, there was a strong flow of rain water towards the road from the southern side of the interchange which was elevated.
Elaborating on the steps taken by the authorities after flooding was reported, Al-Mawlawi said he and several senior Ashghal officials rushed to the site soon after receiving the information. The first emergency teams reached 24 minutes after the incident was reported around 2.30pm. Teams from Rayyan Municipality and the Ministry of Interior backed up Ashghal emergency teams.
Al-Mawlawi recalled there were two similar incidents in the past and one took place more than three years ago. While one was on Dukhan Road in 2012 the other happened last year on Salwa Road. Effective follow-ups were made in both cases and steps put in place to rectify the problems, one of which was due to a design glitch and the other because of network-linked issues, he said.
The top Ashghal official also highlighted the need of the National Command Centre co-ordinating with different agencies to deal with such emergencies to ensure faster and effective solutions.