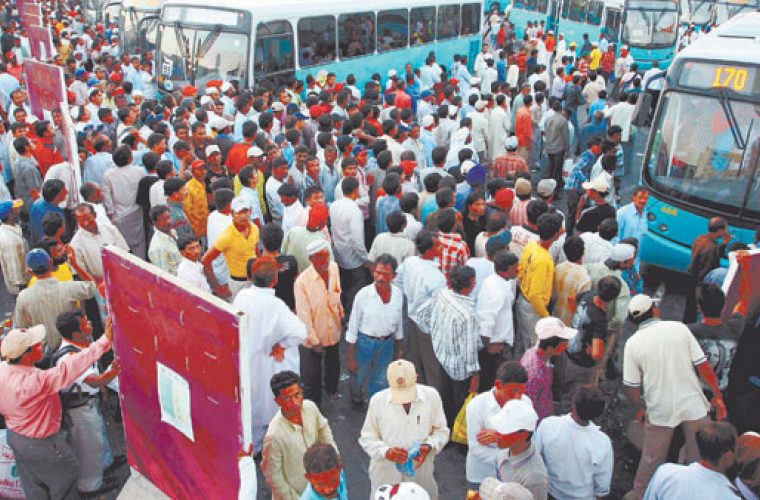 Hot on the heels of the introduction of shuttle bus services in Doha’s West Bay areas, residents of the Industrial Area have also called for launching similar services in the densely populated locality.
Residents of some of the Industrial Area streets, who have little or limited accessibility to the public transport services, suggested the introduction of shuttle services, with Al Attiyah Market as the main operating hub would go a long way in solving their travel woes.
The Industrial Area residents, especially workers in the eastern areas, have long been experiencing transport issues of one kind or another. Most workers are without their own transport facilities and rely on “sharing” taxis operating from Al Attiyah Market, the area’s main business location.
Speaking to Gulf Times yesterday, some of them said they spend considerable time waiting for taxis which rarely come to their streets, especially after the sunset. Residents of one of the accommodations at the eastern end said there is hardly anyone in their area who is without a bus pass these days.
“There is so much of reliance on public transport buses. However, sometimes there is a long wait for buses, especially in the afternoons,” said a resident of Street 49.
Inquiries made with the Mowasalat recently found that no other area in the country has as many bus passengers as the Industrial Area.
According to residents, the shuttle buses could be introduced in two sectors, namely between Streets 1 and 33 and the other between 34 and 52. Some of the residents also feel it would be appropriate if buses are also operated through the newly started West End Park, which is frequented by many of them these days.
When contacted, a senior transport official said Mowasalat was not against expanding its public transport services. However, he cited the ongoing road works in different parts of the country as the main obstacle for their expansion.
Ashghal recently announced major road works to be taken up in the Industrial Area, covering about 460 hectares.