Inspirational stories that will touch your heart by QRCS 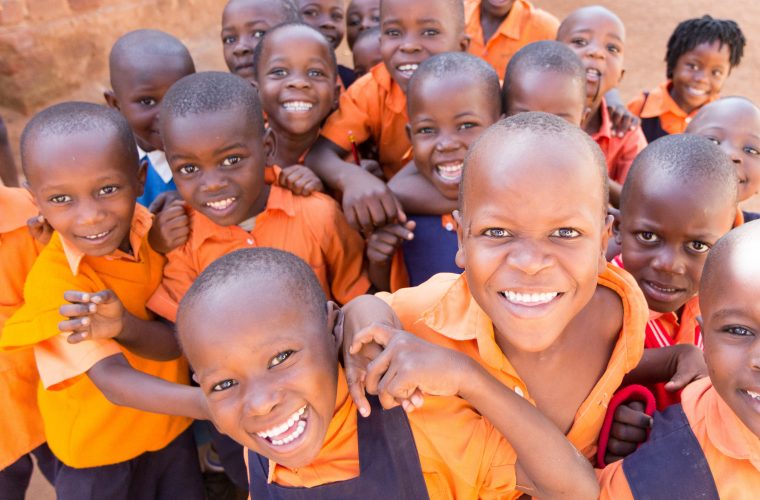 QRCS's principal mandate is to provide a wide range of relief and development services, both locally and internationally, capitalising on its resourceful and specialist staff and volunteers. Throughout its long history, QRCS has been serving as an auxiliary to Qatar in its humanitarian efforts, in light of its central mission of improving the lives of vulnerable people by mobilising the power of humanity inside and outside of Qatar. In all of this, QRCS is inspired by the fundamental principles of the Red Cross and Red Crescent.

Currently, many people around the world are suffering from calamities, oppression, injustices, conflicts, widespread epidemics and so on. QRCS is always ready to help these weak and vulnerable people who are deprived of living in safety and peace. These people who live in fear, without security, poor health conditions, and no livelihood are their top priority. QRCS is always at the forefront saving lives globally.

To understand how the QRCS helps people in need and saves lives everyday, with its unrelenting humanitarian efforts globally, here is a list of QRCS's inspirational stories of people's lives that they have changed in the course of time. Thanks to the QRCS, these people, who were once in serious need of help are now happy, content and living peacefully in the comfort of their homes.

Evangeline was born deaf. She was the only child of a beautiful Indian couple who lives here in Qatar. Ever since her birth, Evangeline's mother dreamt that someday, her daughter would be able to hear and eventually appreciate the world just like ordinary people. Upon check-up, the doctors at Hamad Medical Corporation (HMC) told Evangeline's parents that she could have her hearing restored with a cochlear implant.

But there were two major problems, the medical operation could cost as much as QR 80,000, and that it should be done as soon as possible as it was critical to have Evangeline operated before the age of five for medical reasons. As a last resort, the desperate parents sought help from QRCS, which responded immediately to their humanitarian plea and covered all costs of the operation.

Now, Evangeline can hear sounds and interact with others, and she is attending speech therapy classes at HMC. The happy mother said it was an almost impossible dream for her, but QRCS made it a reality and gave her child a new life.

"When famine occurred in our region, most of the population was displaced to the neighbouring and remote areas, especially the capital Mogadishu, and the region became almost empty, and “the vulnerable, particularly children became threatened with starvation”.

Abdulsalam Mohammed, is one of the many Somali citizens who benefited from the integrated development and rehabilitation project carried out by QRCS for returnees from displacement in the Awdhagle district in the Lower Shebelle province in southern Somalia years ago.

AbdulSalam’s family was one of 1,000 poor families targeted by the project, which cost was QAR 4.6 million. It included the rehabilitation of 1,460 hectares of agricultural land, the rehabilitation of 20 irrigation channels, the installation of 30 water pumps, the establishment of concrete arches above the canals and the construction of riverboats.

“Praise be to God. Today, we are in great grace and joy thanks to God and then the Crescent; most of the displaced have returned to their homes. We expanded and renovated the houses and brought in clean water, toilets, and furniture with the help of the Crescent. We do not lack anything now, and I go to the farm every day very happy and bring food to my children.”

Battling Hepatitis C with a smile

Adel Abdel-Halim Eid Sharaki (56), smiles on his bed as he recalls the memories of his painful experience. "I was not aware that I had Hepatitis C, which was not so widespread back then," says Adel. "One day, I fainted. My colleagues took me to the hospital, where my illness was discovered." The bad news, as all the doctors told him, was that there was no effective medication, and the only thing to do was to control the complications.

But one eventful day, his doctor told him that researchers found a way to treat Hepatitis C. He took the medication immediately and his condition improved gradually, and his life slowly returned to normal.

Adel is one of 25 patients who have so far been covered by the QRCS Protects Liver campaign, HMC, and AbbVie Biopharmaceuticals GmbH, under the patronage of the Ministry of Public Health. The drive involves a public awareness programme against Hepatitis C, as well as fundraising to cover the cost of treatment for expatriate Hepatitis C patients, under the National Hepatitis C Control Campaign 2022.

Mahmoud Nassir, once owned a simple house in Beit Hanoun, in the northern part of Gaza Strip until everything was destroyed during the aggression on the area in the summer of 2014. The Palestinian citizen Mahmoud has no choice but to move to another place. Helplessly, he recalled how he watched their house get destroyed, while his children screamed and cried over the tragic experience.

"I and my 10 children had been living in that house for decades, and then my life was confined to temporary shelters in the north, where the living conditions were very poor. There were promises to rebuild our homes, but they were only empty promises that were not carried out in reality, so we face difficulties within the sheltering centers, especially in the winter and the rainy season and atmospheric low pressure. "

And, then, QRCS stepped in. Mahmoud and his family now receive a temporary shelter unit (Caravan) out of the 27 units handed over by QRCS to families affected by the aggression as part of the Maldivian people's fundraising programme to relieve Gaza. This temporary housing is an exceptional stage until the houses of the displaced are renovated. Although small, Mahmoud is secured that his family will have a place to stay no matter what the weather conditions offer them along the way.

To donate to QRCS's various campaign, you can use any of the following channels:

These stories remind us that there is still hope for humanity, that people of the world are reaching out to one another and Qatar Red Crescent is here to support and help achieve this goal. What do you think about it? For your comments and suggestions, please write down below. Also please like and share, it keeps us going!