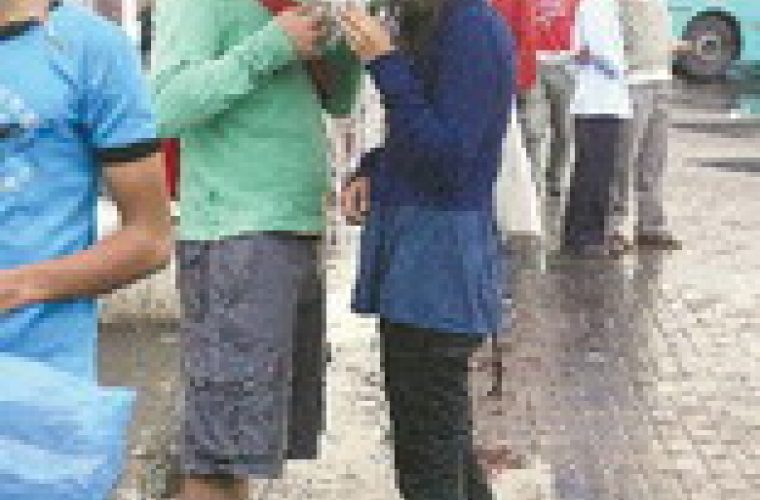 Several areas in and around Doha were waterlogged due to the heavy downpour the country witnessed yesterday. The Ministry of Municipal Affairs and Urban Planning said it was ready with an emergency plan to pump water from low-lying areas. The ministry has a database of low-lying areas that are prone to flooding, so it was able to swing into action immediately as the downpour began. “We have a database of areas which get waterlogged due to incessant rains, so clearing waterlogging in these areas was swift and easier,” said engineer Abdul Hadi Mubarak Al Kuwari, chairman of a ministerial committee which tackles emergencies such as the one caused by the heavy rainfall. The pumping of water will continue in many areas and people needing help can call the Public Works Authority (Ashghal) on telephone number 4688444. “We are working in close coordination with Ashghal,” said Al Kuwari. The areas that were flooded due to the rains yesterday were Bin Mahmoud, Al Muntazah and Bin Omran in Doha, Al Gharrafa on the outskirts of the city, and Al Khaleej Road, Al Hindsa and Al Waab areas outside the city, the latter being low-lying and newly-developed localities. Expressways, arterial roads and some major roundabouts were also flooded, causing traffic snarls. The downpour was torrential in several areas across the country and continued for hours on end, said Al Kuwari. “We deployed several tankers in almost all municipal jurisdictions to pump out water. We had water pumping equipment ready.” Waterlogging was cleared on a priority basis near hospitals, nursing homes, schools, expressways and arterial roads. Ashghal has urged people not to open sewerage covers to clear waterlogging on roads. “It’s not advisable to open sewerages even if there is flooding on the road,” Ashghal said. http://thepeninsulaqatar.com/Display_news.asp?section=Local_News&subsection=Qatar+News&month=December2008&file=Local_News200812076375.xml