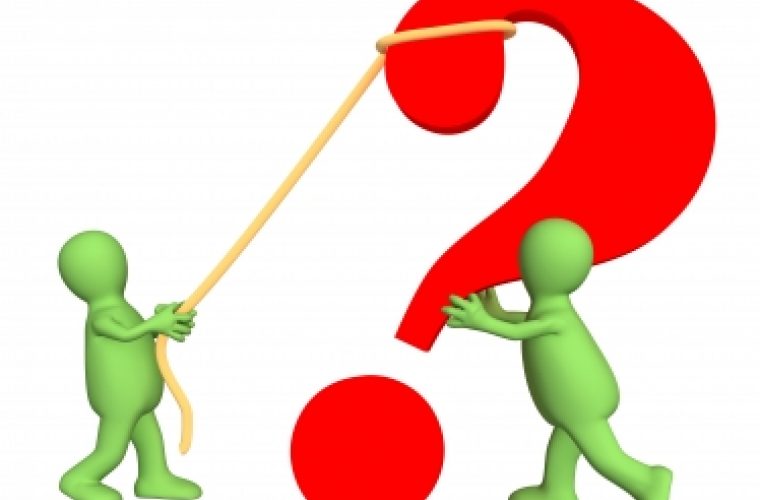 In a real-life to on-screen parallel, the GCC was visited by two American Presidents (one, a former) this week. ‘Veep’, a highly-rated comedic-satire American show on HBO that’s shot in cinéma-vérité (documentary style), recently featured Qatar in its newest episode titled, ‘Qatar’.

The show has mentioned and hinted at Qatar throughout the past few seasons, but the latest episode had a heavy focus on our favorite Gulf state.

The show immediately opens with a shot of a palace and the caption, “Funeral of Crown Prince Nasser bin Hamad al Gani - Doha, Qatar”, one would think that the location is in Doha, but in actuality it’s the Emirates Palace Hotel by the Kempinski in Dubai. This would disappoint most citizens and residents in Qatar, as the episode is onset with a huge location inaccuracy (you could've included a shot of Qatar instead). 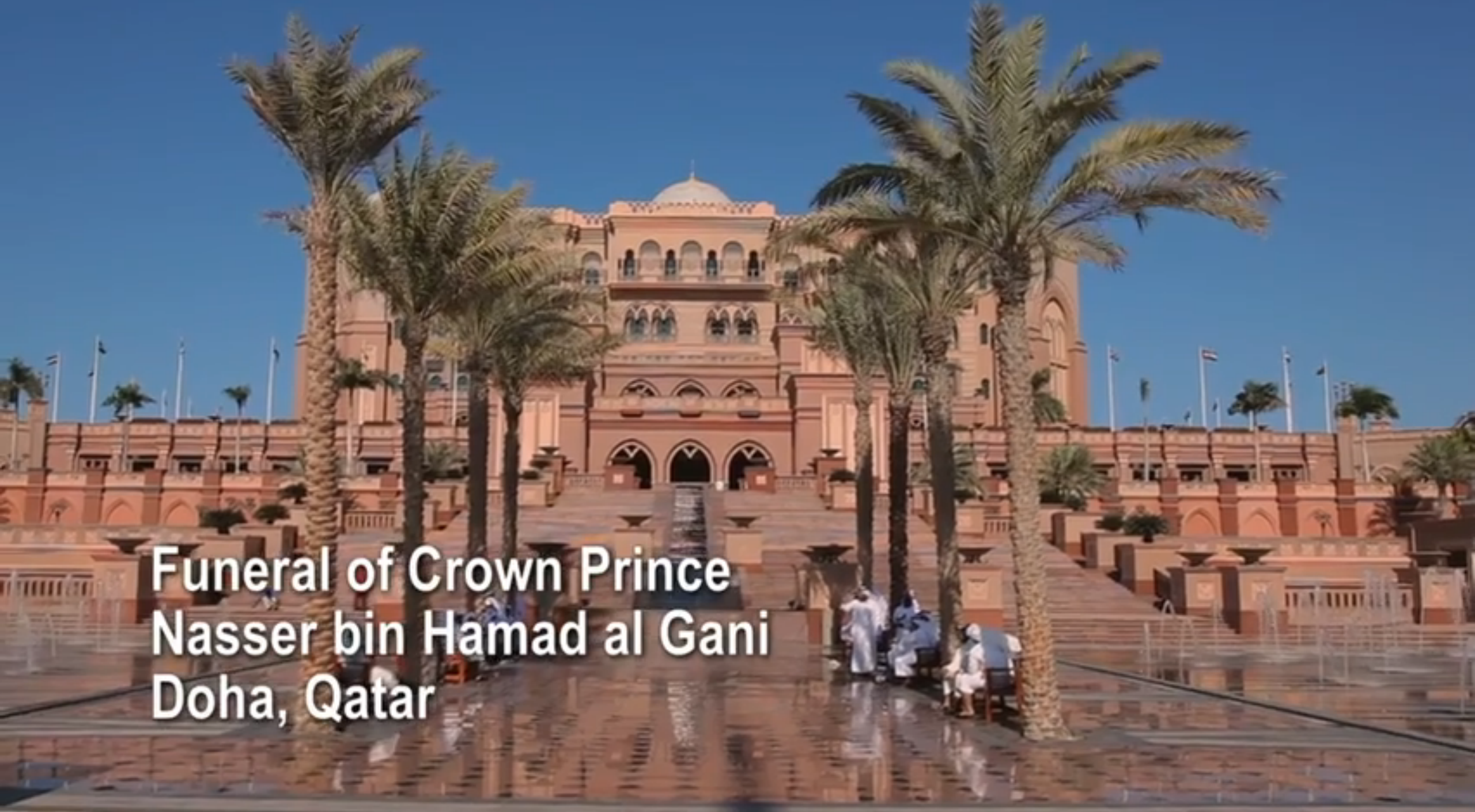 Without even giving the audience time to formulate any type of opinion, the show takes deliberate jibes at the Qatari character Sheikh Mohammad al Gani, with whispered allegations of human trafficking coming from the Personal Aide to the former President Selina Meyer, Gary Walsh. Following this sentiment, Selina responds in an undertone, “It’s like six degrees of Al-Qaeda in here! Hope we don’t drone this place while we’re in it.”

Another very pronounced jibe was the name of another Qatari character, the Ambassador to Qatar, Jaffar. Although ‘Jafar’ is a common Arabic name, the spelling and pronunciation from the show is the same as the villain in Disney’s Aladdin, and it’s not a very common name among Qataris in particular. Coincidence? Unlikely. 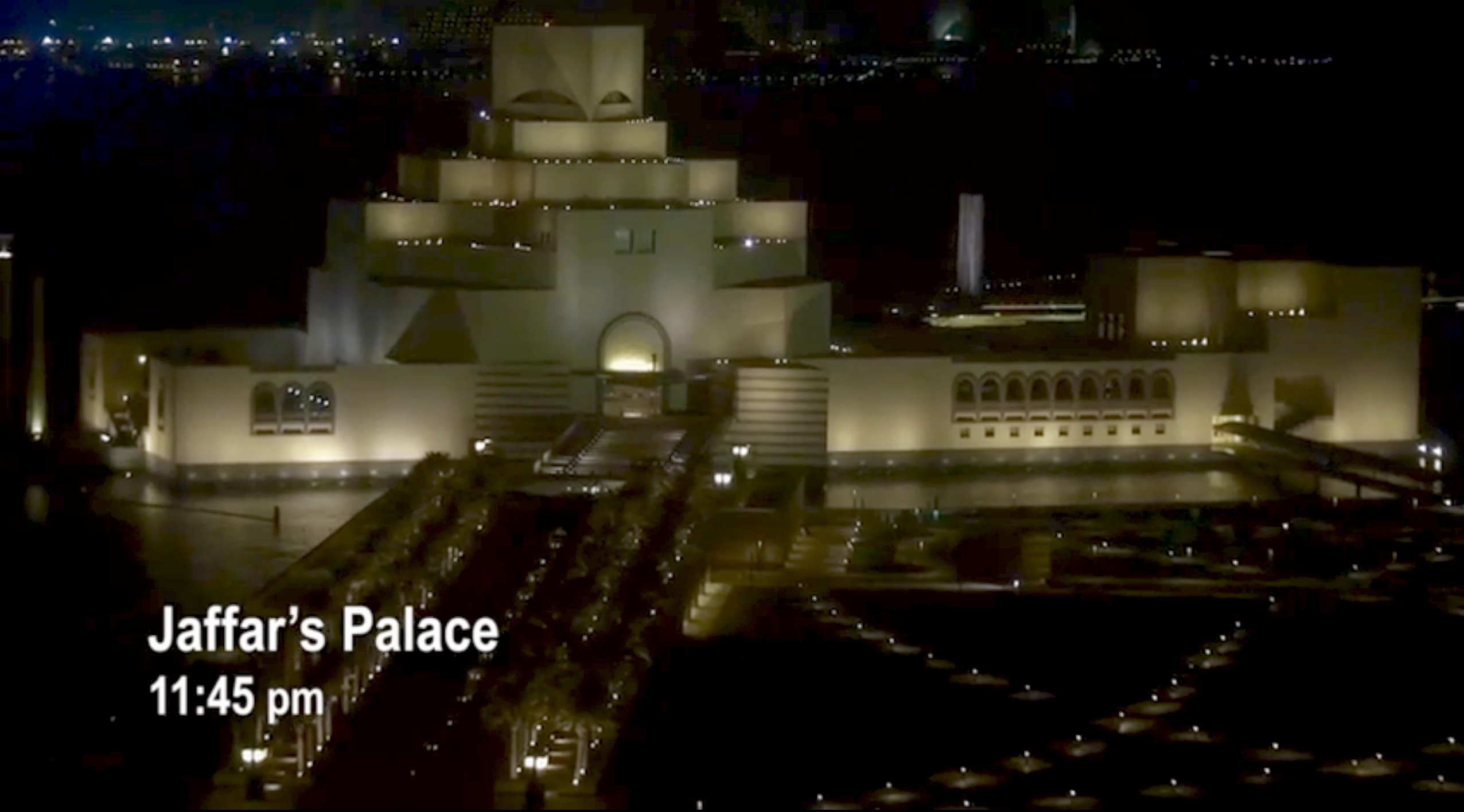 The episode featured various shots of Qatar, but it seems improbable that any filming was actually done here. One shot included the caption “Jaffar’s Palace” over the Museum of Islamic Art (MIA). Another included the caption “Arab Conference on Human Rights - Doha Auditorium” over a shot of the Porto Arabia at the Pearl-Qatar.

There were even stereotypes about Sudan, as the former President Selina's entourage flew over to the “war-torn” country to fix a PR blunder. Although the western women in the entourage covered their hair in a respectful gesture, multiple references were made to female genital circumcision, sexism, poverty, and the evident lack of safety for the former President and her staff. 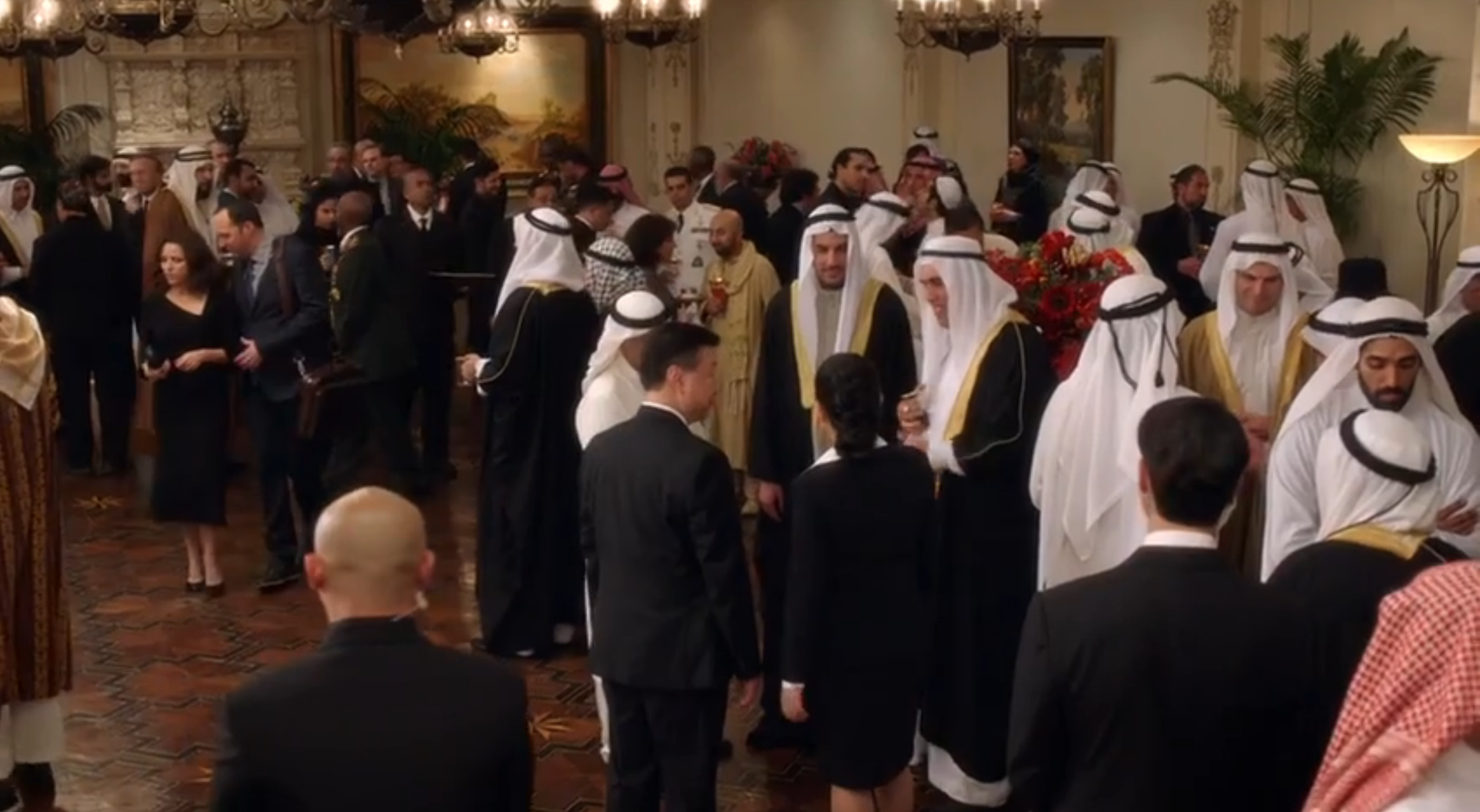 Screenshot from Veep's 'Qatar' episode showing a gathering of Qataris

These kind of jibes and cultural inaccuracies continue throughout the episode, highlighting the slanted and discriminative assumptions that Western media tends to propagate to its audiences, thus creating a misleading narrative for viewers. The depiction of Arabs throughout the episode was ridiculous and over-exaggerated. Yes, the show is a satire, but there could’ve been a balance that showed the region, more specifically Qatar, in a better light. This episode seemed more like something that old Hollywood cinema would produce when portraying the Arab region - blatantly racist, stereotypes that are overdone, and inundated with cultural and social inaccuracies.

These are some of the most inaccurate and incredulous quotes of the episode: