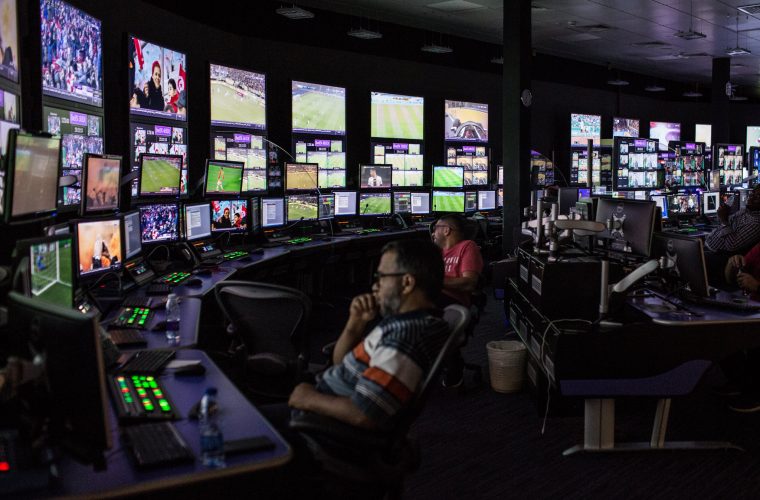 (BeIN staff members monitoring the network’s channels in May. It has accused Saudi Arabia of allowing the piracy of valuable sports media rights. Image credit: Olya Morvan for The New York Times)

The new Korean Ambassador to Qatar, Kim Chang-mo, expressed keenness to further enhance bilateral cooperation between Korea and Qatar in the field of investment, among other areas as he spoke to local media for the first time on August 12, reported Peninsula Qatar.

According to the ambassador, bilateral trade volume between Korea and Qatar reached $11.7bn in 2017. With Qatar’s continuing efforts on self-sufficiency and food security, Ambassador Chang-mo is open to the possibility of complementary cooperation between the two countries in various areas where Korea has experience and expertise

“I feel, after one year of blockade, Qatar is more confident. I think they can now overcome this difficulty and can also utilise this crisis as another opportunity to strengthen their industries,” he commented on the ongoing unjust blockade, said Kim Chang-mo.

The Hajj ‘war’ between Saudi Arabia and Qatar

It is the second year that residents of Qatar are deprived by Saudi authorities from performing Haj and Umrah as a kind of exploiting them for political purposes. The National Human Rights Committee (NHRC) has recorded until last April about 165 complaints of violating the right of practice of religious rites, according to report aired by Al Jazeera. The Compensation Claims Committee has transferred more than 6,000 complaints from individuals and companies affected by the ongoing blockade on Qatar to international law firms, according to a report by Peninsula Qatar.

The Ministry of Awqaf and Islamic Affairs said in a statement that they were in contact recently with the Ministry of Hajj and Umrah in Saudi Arabia and discussed the challenges facing the citizens and residents of Qatar. The ministry added that it called on the designated authorities in Saudi Arabia to eliminate all the obstacles, adding that this was yet to happen.

Qatar to invest $15 billion in Turkey

Qatar pledged $15 billion of investment in Turkey on Wednesday that a government source in Ankara said would be channeled into its banks and financial markets, reported Reuters.

The investment package was announced after Qatar’s Emir Tamim bin Hamad Al-Thani met President Tayyip Erdogan in the capital, as Turkey grapples with a collapsing lira and a worsening commercial and political standoff with NATO ally the United States.

It is worth noting that Turkey and Qatar have traditionally maintained friendly ties. Turkey stood by Doha after Saudi Arabia and other Arab states severed diplomatic, trade and travel ties with Qatar last year, accusing it of financing terrorism, a charge Doha denies.

Qatari broadcaster beIN said on Thursday it has "irrefutable evidence" that a pirate channel illegally showing hundreds of live European football matches is being carried on the Saudi-based satellite provider Arabsat. In the latest shot in a long-running war over illegal broadcasts fuelled by a diplomatic crisis between Qatar and Saudi Arabia, beIN said research by three international "leading digital security" companies had confirmed Arabsat's involvement, reported Gulf Times.

"The evidence is irrefutable -- the illegal channel beoutQ is backed by Saudi nationals and openly promoted by leading Saudi figures," said Sophie Jordan, beIN's director of legal affairs.
"It is broadcast on the Riyadh-based satellite provider Arabsat.
"On a daily basis it is carrying out, in broad daylight, a mass-scale theft of highly valuable intellectual property rights." US company Cisco Systems, Swiss firm NAGRA and Overon, based in Spain, carried out the research for beIN.