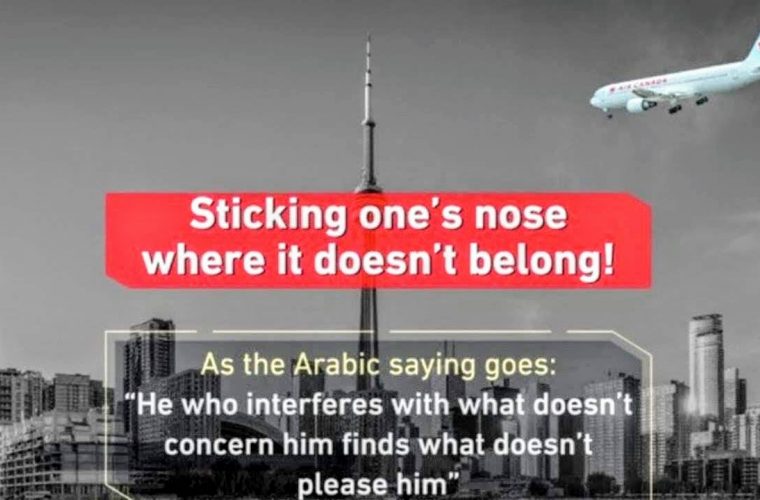 Qatari Defence Minister Khalid bin Mohammad al-Attiyah visited Washington on August 2to meet with the US Department of Defense to discuss the upcoming expansion of a major US base in Qatar, and the strategic military partnership between both countries, Al Jazeera reported.

According to a report by Peninsula Qatar, the Al Udeid Air Base currently hosts more than 10,000 U.S. troops in addition to troops of international coalition forces. The base also contains state-of-the-art residential, service and operational facilities that support the work of the international alliance against terrorism and the stability of the region.

The expansion project of Al Udeid Air Base focuses on the construction of barracks and service buildings to support joint security efforts, as well as raising the quality of life of the troops stationed at the air base.

Saudi Arabia suspended diplomatic ties and new trade dealings with Canada in response to Canada’s call for the release of women’s rights activists.

Saudi Arabia on August 5, 2018 recalled its ambassador from Canada and gave the Canadian ambassador 24 hours to leave after the announcement of cutting ties with Canada.

The photo’s English-language caption read: “Sticking one’s nose where it doesn’t belong! As the Arabic saying goes: He who intervenes with what doesn’t concern him finds what doesn’t please him.”

The image was posted after tensions between Saudi Arabia and Canada erupted early this week over the Canada’s call to discharge imprisoned Saudi women’s rights activists.

However, the Saudi Ministry of Media said it ordered the Infographic KSA youth group to remove the photo from their twitter account. Infographic tweeted an apology before its account went dark.

Based on a complaint filed to the ministery of Media about a post by @Infographic_ksa, the ministry has ordered the owner of the account to shut it down until investigations are completed, according to electronic broadcasting laws in KSA. pic.twitter.com/jD2maoOyEV
— وزارة الإعلام (@media_ksa) August 6, 2018

Earlier we posted an image that was inappropriate, so we deleted the post immediately,” it said. “The aircraft was intended to symbolize the return of the ambassador. We realize this was not clear and any other meaning was unintentional.”

Saudi Arabia has told hundreds of trainee doctors to leave Canada with only weeks’ notice in the midst of a diplomatic spat, a move that could disrupt Canadian hospitals and end a 40-year-old program to train specialists for the kingdom, according to a report by Reuters.

Riyadh has suspended all scholarship programs to Canada and will relocate students who are already studying there, Saudi Arabia’ state-run Al-Ekhbariya television said.

There are around 7,000 students and their families are living in Canada. Riyadh plans to move them primarily the United States and Britain, education ministry official Jassem al-Harbash said.

In a statement, Khalid al-Falih said: "Saudi Arabia has a “firm and long-standing policy” that petroleum supplies are not influenced by political considerations."

“The current diplomatic crisis between Saudi Arabia and Canada will not, in any way, impact Saudi Aramco’s relations with its customers in Canada,” he added.

Canada will stand up for human rights

Canada said it will continue its support for human rights despite Saudi Arabia's expulsion of its ambassador. On Wednesday, Prime Minister Justin Trudeau told journalists that his government will continue to stand up for Canadian values and human rights, as he said: “Canadians have always expected [us] to speak strongly, firmly, clearly and politely about the need to respect human rights at home and around the world."